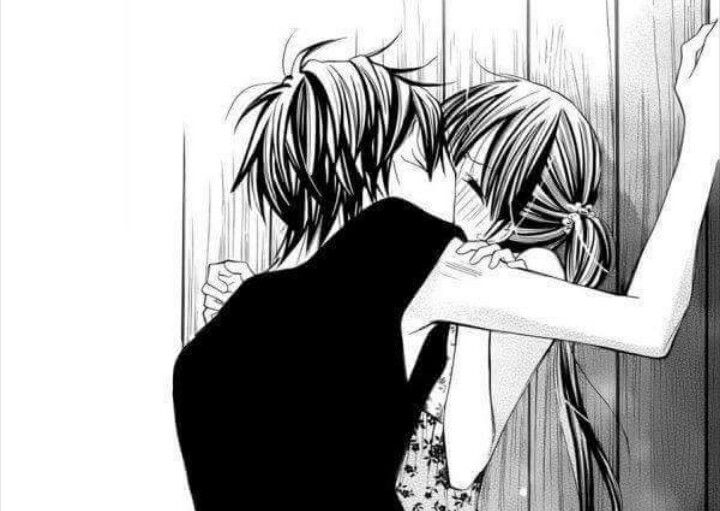 Epic Dope is the new home of streaming news, views and reviews. No Comments on Hunter x Hunter: Does Gon get his Nen back? Ever since mangaka Togashi cryptically tweeted an image of his new draft, Hunter x Hunter fans haven't been able to keep calm. New chapters have been confirmed, which means the Hunter x Hunter manga is finally returning in Shonen Jump soon. This could mean that the Hunter x Hunter anime also makes a comeback, which brings into question whether or not it will pick up where we left off. The anime had a long run of 6 seasons/148 episodes which ended at the Chimera Ant arc from the manga. Before the anime went on a break, we saw Gon sacrificing all his Nen in order to defeat Neferpitou. Since Gon hasn't really shown up in the manga either after the events of the anime finale, fans are wondering whether Gon will be able to use Nen back. Gon will get his Nen back for the simple fact that he never lost it. He simply lost the ability to sense and control it after Alluka restores him. He gets reversed to "normal" and his Nen or aura nodes close.

Will he change his Nen type?

Gon will have to reopen his nodes to unlock his dormant Nen. Gon relearning Nen is dependent on whether he will return in the series, since the Dark Continent Expedition arc and the Succession Contest arc do not feature him at all. I believe Gon will return as MC during the endgame, and he will have his Nen for it. How will Gon get his Nen back? Will he change his Nen type? Gon will possibly open his Nen nodes either through intense training or the natural way, ie, through meditation. It is unlikely that he will change his Nen-type. When Gon made his Nen contract, he puts his life as well as all his existing Nen on the line. Gon expends all of his Nen to defeat Pitou and the physical, mental, emotional, and spiritual toll this takes on him is obvious. He is as good as dead by the end of it. Alluka is kind of a deus ex machine - she arrives just in time to solve an unsolvable problem, and she does. When Gon "dies" he loses his life force and his life energy.

Alluka/Nanika brings him/his life force back. His aura returns but he is just not able to sense it. Nen is the technique to manipulate your own life energy or aura. This means that Gon must activate his nodes, awaken the sense to control them, and then eventually learn to recognize its full potential. Gon needs to restart his entire journey with respect to bringing back his Nen abilities and it has to be way harder than before for it to be narratively impactful. We can presume that Ging is talking about Gon trying to get back his Nen abilities. Whichever way he does try to regain is Nen, it's going to be difficult. Some people think Gon will open his nodes the natural way and possibly change his Nen-type as well. Gon relearning Nen the natural way would in theory make it easy for him since he's so used to meditating anyway. But if it was so easy, he'd probably already have Nen by now. It might take a little more than simple meditation for him to get it back. And as for Gon changing his Nen affiliation - I think Gon will remain an Enhancer if he gets his Nen back. While it would be fun to see Gon becoming a Specialist, his personality is simply not suited to be one.

But after his journey of self-discovery, he might evolve as a person and this might have an impact on his Nen. And if not his Nen, it will definitely change his Hatsu. Also, only Manipulators and Conjurers have a 1% chance to change into a Specialist later in life. Since Gon is an Enhancer, he won't be able to change into a Specialist. It's likely that Gon goes through unimaginably strenuous training and orders to even get a little bit of his Nen power back. Remember when Gon and Killua first began their training? They learned Nen in less than 24 hours since Wing forcefully opened their Nen nodes, which of course, isn't ideal. They also took multiple shortcuts, which, at that time, went with Gon's character. At the end of Chimera, it's heavily implied that Gon will have to retrain to sense Nen again - the last we saw of him, he couldn't even see his own aura. This time, I think Gon will have to work doubly hard to gain his Nen again, without any shortcuts. When will Gon get his Nen back? Gon might essentially get a timeskip. While we concentrate on Kurapika and the Dark Continent, it's possible that Gon goes on his own journey as a side story. It is also likely that we get an entire arc of Gon rediscovering himself now that he's finally met his dad. Some fans don't think it'll be interesting to see this happen, but I do feel that it has some potential since Gon will basically be a much more developed character.

Can you imagine Gon living on as a normal kid with Aunt Mito?

He will also use totally different techniques to become strong again. Gon will only get the full extent of his Nen abilities again when we are towards the end of the series. He will prove that he is the greatest Hunter in the world and he can't do this without Nen. Should Gon get his Nen back? Gon should definitely get his Nen back as he is the protagonist of the series and Nen is the most important element of HxH. Can you imagine Gon living on as a normal kid with Aunt Mito? Hell nah! And a character without Nen in HxH, is not worth following. Some fans think that Gon's story is over because his Nen abilities are gone and he has met his dad, Ging Freecs. But this actually implies it is just the beginning for him. Gon has lost the thing that makes him strong. It is only obvious that he gets it back, and becomes much stronger than he was. Getting back his Nen is also a metaphor for his character's redemption and rediscovery. This is a great chance for you to figure out what you want to do. It is during this journey of self-reflection that Gon will get the opportunity to unlock his nodes and regain his Nen. The boy needs some maturity and perspective; he actually needed to lose his Nen to get some humility and patience in his bones.

Granted, the end of the anime looked like it was the end of Gon's story. His primary goal of meeting his dad had been fulfilled; Killua and Gon went their separate ways. But, although there are multiple main characters in HxH, we mustn't forget that Gon Freecs is HxH's protagonist. While the focus is on Kurapika and Leorio at the moment, Gon and Killua are definitely gonna make a comeback. Gon links many of the main characters together, and his character still has a lot of potential to explore. Hunter x Hunter is a Shonen anime adapted from manga of the same name. The story follows the adventures of a young boy, Gon, discovering that his dead father wasn't dead but was a legendary Hunter. Instead of feeling dejected, Gon decides to follow in his father's footsteps and become a great Hunter himself. The job of a Hunter isn't an easy one, and Gon needs to pass an exam to become an official hunter. He makes friends on this journey, and they all must help each other overcome any obstacles. Sometimes we include links to online retail stores and/or online campaigns. If you click on one and make a purchase we may receive a small commission. For more information, go here. Top 15 Strongest Hunter x Hunter Characters of All Time, Ranked!

How Strong is Gon Freecs? Does Gon Freecs die in Hunter x Hunter? Is Ging Freecss Stronger than the Chimera King Meruem? Top 10 Strongest Characters in Hunter x Hunter Series, Ranked! Is Hunter X Hunter worth watching? You must be logged in to post a comment. If you are logged in, please refresh. Meet our very own Hinata Shoyo! There is no anime or manga that he's not aware of. Also the go-to guy for all things Epic at EML. He's on a journey to discover life one bottle of sake at a time! All content cited is derived from their respective sources. Epic Dope is the one-stop for all things anime, manga, webtoons, and more! We are building a home for otakus, nerds, and anyone sitting at home with superpowers likely to rule the world or maybe… We are a crew of obsessive and wide-eyed writers & reviewers who love putting out our views and opinions on the things we can't get enough of! Join us on our Epic Adventure!

TagsWill Gon Get His Nen Back