» » Why Is Diablo Obsessed With Rimuru

Epic Dope is the new home of streaming news, views and reviews. No Comments on Is Diablo Loyal to Rimuru? Is He Evil? Why Does He Obsess over Rimuru? When it comes to Diablo and Rimuru, many fans often question how trusting each party is to one another. How long does Rimuru know Diablo? How long has Diablo been working for Rimuru? Does Diablo give his complete loyalty to their boss? How long will Diablo endure before he betrays and follows a different master? TenSura Slime takes the master and servant relationship to a whole different level! And Diablo and Rimuru's relationship is a perfect example! Diablo's extreme loyalty to his master is driven by the fact that he is a Primordial Demon. Countless of times, he commits certain acts for his own gains; hence, making an appearance to viewers and the characters surrounding him that he is evil. But, there's more to their relationship than meets the eye! Today, let's go in-depth to Diablo's mind - the most loyal Arch Demon servant of the Great Rimuru! Diablo is very loyal to Rimuru. He commits selfish acts to the detriment of others, but he only does them out of loyalty for his beloved master. While many viewers question this so-called "loyalty", others (particularly, light novel readers) see it as the undying love and devotion of the Arch Demon servant to his powerful master.

That obedience can create a conflicting personality in the servant, hence, our next question: "Is Diablo evil?" Diablo may look evil by appearance because of the black sclera and his gold-red pupils. Overall, he has this evil aura emitting since his debut in the anime. Furthermore, his title as an Arch Demon doesn't help either. However, Diablo hasn't killed a single being yet in the Slime universe. And if he does hurt, he only hurts his opponents because his master orders him to capture them alive! Furthermore, what's "evil deed" to us (the viewers) is nothing more than Diablo serving the best fruits of labor to his master! Whether it's capturing his enemies alive or defending Rimuru from insults, he will justify his master as long as he can earn Rimuru's praise. Diablo has been stalking his master for a good number of years because of his master's Anti-Magic Mask. The Anti-Magic Mask is a special item that Chancellor Rimuru inherited from Shizue Izawa, the former "Champion" of their world. It's basically the clue that will hint Diablo on his true goal: the "Truth of the World".

But his character was fully revealed in S1 Ep.

Because of this, fans can understand how and why Diablo is obsessive when it comes to Rimuru himself, his master's power, influence, relics, and weapons. On another note, Diablo obsessively serves his master without fail because he fears he might lose his master's favourite. To avoid a dire circumstance like that from occurring, Diablo answers his boss' request to the point of servitude. 1. Who is "Noir" or "Primordial Black" in Slime? Diablo used to be called "Noir" or "Primordial Black" in the Slime universe. "Noir" is Diablo's original name before Rimuru bestowed him his "Diablo" name. As for "Primordial Black", that's a nickname or title given to Noir because he is a member of the pre-historic or ancient demons. Diablo made a brief appearance in Season 1 Episode 23 ("Saved Souls") when he was stalking Rimuru through his magic crystal ball. But his character was fully revealed in S1 Ep. 24 ("Black and Mask"). When he encountered and valiantly fought Shizue Izawa at the Kingdom of Filtwood, Diablo introduced himself to the Adventurers as "Noir". When the Slime OADs (Original Animation DVDs) came around, Noir was accidentally summoned by a Freedom Academy teacher (Professor Tiss) to save Shizue's former students. After saving the children, Noir secured a spiritual contract with the teacher and bound her to the promise that his summoning be kept a secret. With his identity hidden for a while, Noir didn't reappear in the show until he was summoned with two Greater Demons in S2 Ep 11. His name, "Diablo", was bestowed to him by Rimuru after the Slime evolved into a True Demon Lord.

That's why Diablo is famously known in the Slime universe as Arch Demon "Primordial Black". And as the second secretary of Rimuru, Diablo's executive position in the Jura Tempest Federation will lead him straight to the dark desires of his heart! 2. Who created "The Black Numbers"? Diablo created the militia unit - The Black Numbers - to serve Rimuru during warfare. His true goal is to be with Rimuru physically as much as possible. And although he becomes Rimuru's butler and second secretaary, he barely does anything except providing magical information and serving tea. However, Diablo's "secretarial duties" become significant when delegating military personnel into battle. After all, he doesn't like the fact that he's away from Rimuru. He others hired to do the dirty work so Diablo himself doesn't go into the battlefield. The Black Numbers is a de facto organization of the Jura Tempest Federation. By gathering its 711 elite demons, he is one step closer to his goal. Then, Diablo summoned 3 more Demon Primordials just so they can serve Rimuru in a war (refer to Volume 11 of the light novel). After sending them all into warfare, Diablo stayed close to Rimuru's side and served him cookies & tea as much as he can. As of Volume 11 to 12 of the light novel, "The Black Numbers" is the strongest fighting force consisting of fierce combatants even if Diablo utilizes the militia unit's function selfishly.

3. How dedicated is Diablo? Diablo is extremely dedicated to his master. If Rimuru requested Diablo's death, he would commit self-immolation or suicide. He is a fighter, which is why he charged against his enemies when raiding Farmus Kingdom's government (or Falmuth Kingom) in Volume 7 of the light novel. However, he sees the attack as bothersome because it was not a complete victory. Worst of all, the invasion puts a great distance between master and butler. After all, Diablo could only think of returning to Rimuru's side immediately when battling his adversaries. The separation upset and frightened Diablo. He thought a partial victory also means losing Rimuru's favour. Remember that the invasion was not a perfect win; there were hiccups along the way. And because of those hiccups, Diablo's thought process was: "Because I failed to meet master Rimuru's expectations, I shouldn't serve him anymore. 4. What is the Anti-Magic Mask? The Magic Suppression Mask (or Anti-Magic Mask) was initially the real reason why Diablo became loyal to Rimuru. Before, it was in the hands of Shizue Izawa; but after her death, Shizue bequeathed it to Rimuru. Diablo had been stalking the wearer of that mask. Hence, he stalked Shizue Izawa first before doing the same thing to Rimuru. When Shizue decapitated Diablo's right arm in the Filtwood Kingdom encounter, he was amazed by her overwhelming aura. Now, Diablo sees the same overwhelming aura growing violently within Rimuru. Diablo believes that whoever wears the mysterious black-and-white mask engraved with spirals, that's the person who will reveal the "Truth of the World" to him.

Since both of them had nothing else to do, they befriend each other.

Not only did Diablo become Rimuru's loyal follower after realizing a slime like him now wears and possesses the mask. All these grueling tasks are odd jobs that Diablo undertakes just so he can gain Rimuru's favourite while always staying beside his master's side. Diablo understood the destructive power of the wearer of that mask. That's why desires to be with Rimuru so he can witness the young lord (or chancellor) harness this massive aura; hence, explaining Diablo's bondage and undying servitude to his master. That Time I Got Reincarnated as Slime is a Japanese manga series written by Fuse and illustrated by Mitz Vah. It was serialized online in 2013 but was later shifted to Micro Magazine as a light novel in 2014. It currently has sixteen volumes. The story of Tensei Shitara Slime follows the journey of Satoru Mikami after he died and reincarnated as a slime in fantasy land. A slime is a creature that reproduces the form and powers of anything that it absorbs or eats. Satoru starts eating all the magical herbs and crystals in the cave he woke up in and stumbles upon a dragon who had been captured and couldn't move due to a barrier. Since both of them had nothing else to do, they befriend each other. The dragon accidentally makes Satoru a named monster, and Satoru promises him that he'd find a way to break the barrier.

Hence, an unknown journey begins with this unusual friendship. Sometimes we include links to online retail stores and/or online campaigns. If you click on one and make a purchase we may receive a small commission. For more information, go here. Is Diablo Stronger than Benimaru? How Strong are Both Characters? 20 Strongest Magic Types in Black Clover - Ranked! Can Rimuru Defeat Some of the Strongest Anime Characters? What Are Rimuru's True Powers? Does He Become a God? Top 20 Strongest Magic-Users in Anime Of All Time Ranked! You must be logged in to post a comment. If you are logged in, please refresh. Marianne has been a huge fan of the fictional genre since she was a child. She has loved Disney movies, Harry Potter books, but loves anime and manga the most! Over 20 anime and manga series have positively influenced her life. When she's not busy writing manga reviews in Goodreads, you can catch her chat with people on Discord, Reddit, and Twitter. All content cited is derived from their respective sources. Epic Dope is the one-stop for all things anime, manga, webtoons, and more! We are building a home for otakus, nerds, and anyone sitting at home with superpowers likely to rule the world or maybe… We are a crew of obsessive and wide-eyed writers & reviewers who love putting out our views and opinions on the things we can't get enough of! Join us on our Epic Adventure! 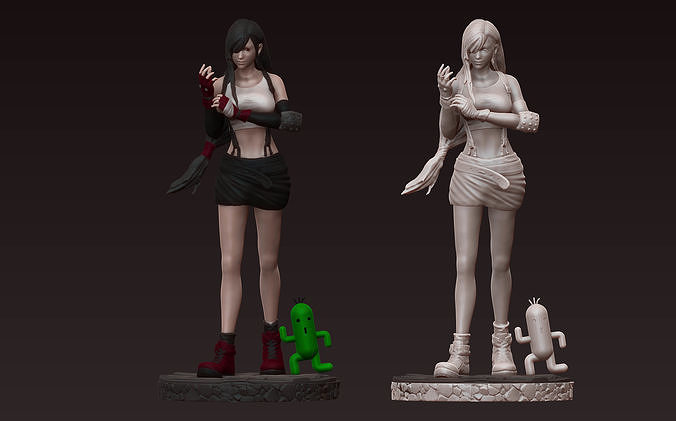 TagsWhy Is Diablo Obsessed With Rimuru