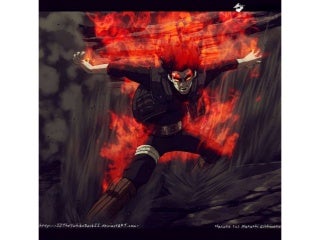 Recipe is the third chapter of the second volume and the eighth chapter overall of the Tokyo卍Revengers manga series, written and illustrated by Ken Wakui. Akkun is saying that he didn't know Hina has a little brother. Akkun arrives and meets Takemichi and tells that he is been waiting for him to show up and needs to discuss something with him outside. The two proceed to go to the rooftop. The two then recall the time when Yamagishi screwed up. Takemichi then tells Akkun that he is amazing, being a Toman admin, having a nice car, nice clothes, and tells Akkun that he is living in a different world than him. Akkun says that the things he got with money ain't worth much and proceeds to ask if the guy he came with is a cop. Akkun tells Takemichi not to hide it. He then reveals that he doesn't know that Hina has a little brother. Takemichi asks the reason he knows that information. Akkun reveals that Toman is that kind of organization. Akkun revealing he pushed Takemichi to the tracks. Akkun then recalls the time when Takemichi fought with Kiyomasa and after they left, they ask the question to each other what will they say to each other if they meet up again after separating ways, Akkun turns to Takemichi and reveals that he is the one responsible for pushing Takemichi to the tracks. Akkun further tells that Takemichi should have died there but that guy saved him and as if he knew that Takemichi will fall to tracks.

Hearing this, Takemichi shouts over Akkun and tells him to get a grip, saying that he changed.

He then asks Takemichi if he can go back to the past and ask Naoto for help. Akkun proceeds to believe that that wwas the reason and finds it weird. Hearing this, Takemichi shouts over Akkun and tells him to get a grip, saying that he changed. Takemichi tears up, refuses to accept Akkun's confession that he is the one who tried to kill him since he is his friend. Takemichi witnessing Akkun jump to his death. Akkun also tears up and asks where did things go wrong and reveals that he is currently one of Kisaki's soldiers and they haven't seen Mikey in years. Takemichi suggests for him to leave Toman to which Akkun responds that he is scared. He tells Takemichi that Mikey changed when Draken died when he shouldn't have. Akkun proceeds to stand at the top of the ledge and tells Takemichi that he admires him for standing his ground, going back to the past to save Hina. He then turns to Takemichi and tells him to save all of them and jumps to his death. Meanwhile, a guy with glasses is seen observing Takemichi. The police arrived at the scene. Naoto tells them to leave Takemichi alone for a bit. Takemichi then orders Naoto to look into when Draken died while he gives his witness interview and tells that Kisaki is the one who changed Toman. While crying, he vows to himself that he wants to save everyone.