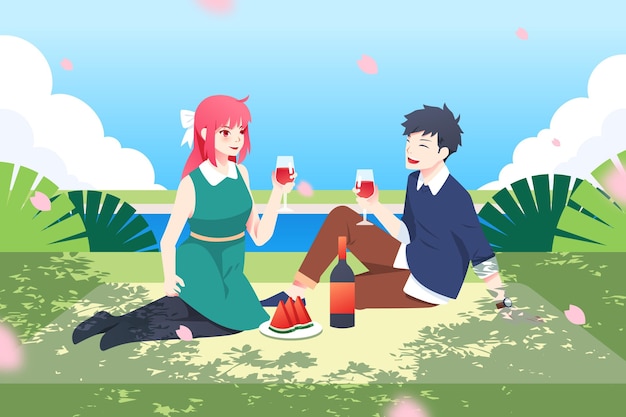 Looking at the skylines of many of Israel's cities, with gleaming, shiny multi-story office blocks, apartment buildings - and increasing skyscrapers (at least in Tel Aviv), the geographical landscape is utterly unrecognizable. The changes and differences, however, do not end there. Before David Ben Gurion, the first Prime Minister of Israel, announced Israel's Declaration of Independence on May 14, 1948, 600,000 Jews lived in the land. According to estimates, approximately one-fifth - or up to 120,000 Jews were living in Jerusalem - the newly-declared capital of the nascent state. About 2,000 Jews lived within Jerusalem's 500-year-old city walls - as they had done for legitimately centuries - certainly since the return from exile in Babylon in the 6th century BCE. Outside of Jerusalem, Jews were widely dispersed across Mandate Palestine. About half of the remaining 480,000 Jews living in the country - 244,000 people - lived in the Tel Aviv area. The city's first Jewish neighborhood - Neve Tzedek - was only established in 1887, the result of a lottery of an initial 60 families; and a need for space in Jaffa, a majority Arab town at the time. Tel Aviv itself was established in 1909. Prior to the civil war between Palestine's Jews and Arabs in 1947-48 and then the international conflict that followed Israel's Declaration of Independence, the land was sparsely populated. A popular view of the country at the time was that Palestine was a "land without a people, waiting for a people without a land." That is not entirely accurate - as there were obviously people populating Palestine, but they were not organized in a way that even gave the impression of a functioning country.

The Etiquette of Manga It was an administrative backwater of the rapidly crumbling Ottoman Empire, which ruled the region for 400 years and did barely anything to develop it. But what of the local Arab population? By the end of Ottoman rule, there were several thousand living in Jerusalem, and as for the rest - for the most part, they were widely dispersed - mostly in villages and small towns - throughout Judea and Samaria and the Galilee. During the Ottoman period, most lived as tenant farmers in a somewhat feudal system with landowners, but some lived in towns such as Gaza, Hebron, Haifa and elsewhere. At the end of the 19th century there were stirrings of Arab nationalism, which included wealthier Palestinian Arabs urging Turkish authorities not to allow Jewish refugees and pioneers from settling in the country. One of the most vexing questions - or issues - today, is the notion that somehow all Palestinian Arabs were unceremoniously expelled from their land - or at the very least denied appropriate remuneration for it. That is simply not the case. It was only in 1856 that the Ottomans had passed a law allowing foreigners to buy land in the empire under the tanzimat reforms, which were a belated and somewhat half-hearted attempt at permitting people to feel part of the state by giving them rights. By 1881, the Ottomans began banning land purchases by Jews and Christians, also declaring that Jews were still permitted to immigrate to the Ottoman Empire - but with the exception of Palestine.

As with so many functions of Turkish rule, official declarations made in Constantinople, were much diluted when it came to Palestine. The legal path to Jewish acquisition of land in Palestine remains open, and the Yishuv made the most of the opportunity. Arabs were willing to sell to wealthy Jews - such as Moses Montefiore or Baron Edmond de Rothschild - often at inflated prices. The Jewish National Fund was also able to purchase large tracts of land from the Ottomans and much of this was utilized by an enduring legacy of the Second Aliyah (1904-1914); namely the kibbutz movement. The records for those who would wish to open their eyes to see them are clear. It seems ironic now that the Arab Revolt between 1936-1939 - a violent nationalist Palestinian Arab uprising, in part to protest growing Jewish immigration - led to the development of Tel Aviv as a port. The use of Jaffa was considered too precarious, and an effort to effect systemic change in the country, not for the first time, backfired massively on those it was intended to help. Palestine's Jews henceforth, continued to build the infrastructure of a potential state, acquiring land, investing in water technology, continuing to develop the Hebrew language and trying to create a civic society that would be essential in the future.

Four Ways A Manga Lies To You Everyday

The civic society of the Jewish part of Mandate Palestine, known as the Yishuv, included functioning quasi-governmental institutions. The Yishuv's position was complex - it had to grapple constantly with fluctuating fortunes with regard to the British and their attempts to play Palestinian Arabs and Jews against each other. A crucial moment arrived in November 1917 with the Balfour Declaration; a hard-won acknowledgment, from an imperial superpower, of the Jews' long historical connection to the Land of Israel and which, despite its (possibly deliberate) ambiguity, seemed to guarantee a homeland for the Jewish people. Other imperial powers also discussed the fate of Yishuv, particularly in April 1920 in the Italian town of San Remo. Britain, France, Italy and Japan convened to discuss the division of the land that had been held by the Ottoman Empire. Palestinian Arabs were infuriated that as a result of this, the Jews would have a national home in Palestine. Their response - as was so often the case - and in a pattern that has repeated for more than a century - was to react with violence. The riots in Jaffa in 1921 began to see a more coordinated Jewish defense, manifested in the creation of the Haganah.

In 1922, the Yishuv was dealt a further blow as Winston Churchill, who had until then been seen as a friend to the Zionist cause, decided to redraw the map of the Middle East. He cleaved away the portion of Palestine that was east of the Jordan River and created the country of Transjordan (later known as just Jordan). The Jewish state that the Yishuv thought it would receive at the Mandate's end would now be 75% smaller than they had been led to think. It would shrink further still in the decades to come, although they could not have known it at the time. However, despite this massive setback, the overarching goal of achieving a state was still central to the Zionist cause. Ben-Gurion and others were pragmatic enough to understand what that would mean and what that would cost. The Land of Israel before 1948 was a curious mixture of ancient, slow-moving and traditional ways of life and also a place bursting with pioneering spirit.

They created the building blocks of the thriving, modern state of Israel that we see today.

During the early 20th century, a period when the ossifying Ottoman Empire was still dominant, Jewish immigration and land purchases were increasing changing a seemingly forgotten place. Jewish immigrants rapidly reinvigorated a land that had barely seen any infrastructure or modernization during a 400-year rule. The physical landscape changed as advancements in water technology - which continued apace during the British Mandate period - particularly, irrigation and the ability to use even brackish water for agriculture, showed that even in the desert, human life could be sustained. In addition, small towns began to grow into cities and new neighborhoods began to spill out from existing conurbations. In that atmosphere, the Hebrew language developed further, used in books, newspapers, radio and theater - a continued resuscitation from the dead. Political organizations were also critical, as the levers of the state - before there was even a state - were exercised on a daily basis. They created the building blocks of the thriving, modern state of Israel that we see today. Enjoyed reading this article? Follow the Israel In Focus page on Facebook to read more articles explaining Israel's history, politics, and international affairs. Click here to learn more!

One zero one Ideas For Manga

Manga Your Method to Success

TagsWho Lived In Israel Before 1948