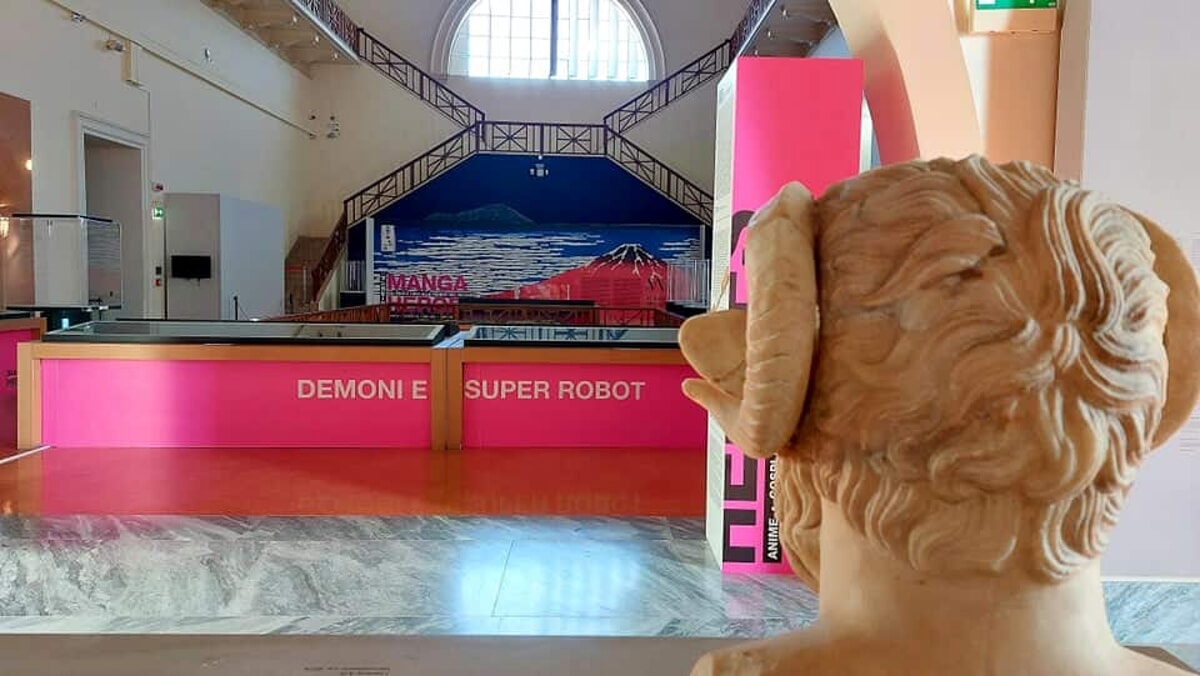 Specs for Baki Hanma. Spec (スペック, Supekku) is a fictional character from the Baki manga series. He is an escaped American convict who played a role as a primary antagonist during the events of the Most Evil Death Row Convicts Saga. He escaped from a Florida state prison, located 200 meters underwater in a giant submarine. Spec is a very dangerous user of pure brute force. He is a psychotic serial killer with a malevolent sense of humor. Spec normally seemed to convey an almost happy demeanor accompanied with a humorous attitude most of the time, while causing harm and destruction at the same time. Spec was shown to have a knack for pulling unpleasant, yet comical prank antics upon those he became involved with, such as giving Baki Hanma the severed hand of Junsa Kaneda, and casually entering and leaving the Metropolitan Police Board Station as if it were his own house. Spec was a very brutal serial killer who viciously broke apart the limbs of his victims, and showed no remorse at his actions, and loved to taunt others with his sadistic sense of humor. Baki himself noted that his cruel personality was similar to Yuujirou Hanma's. 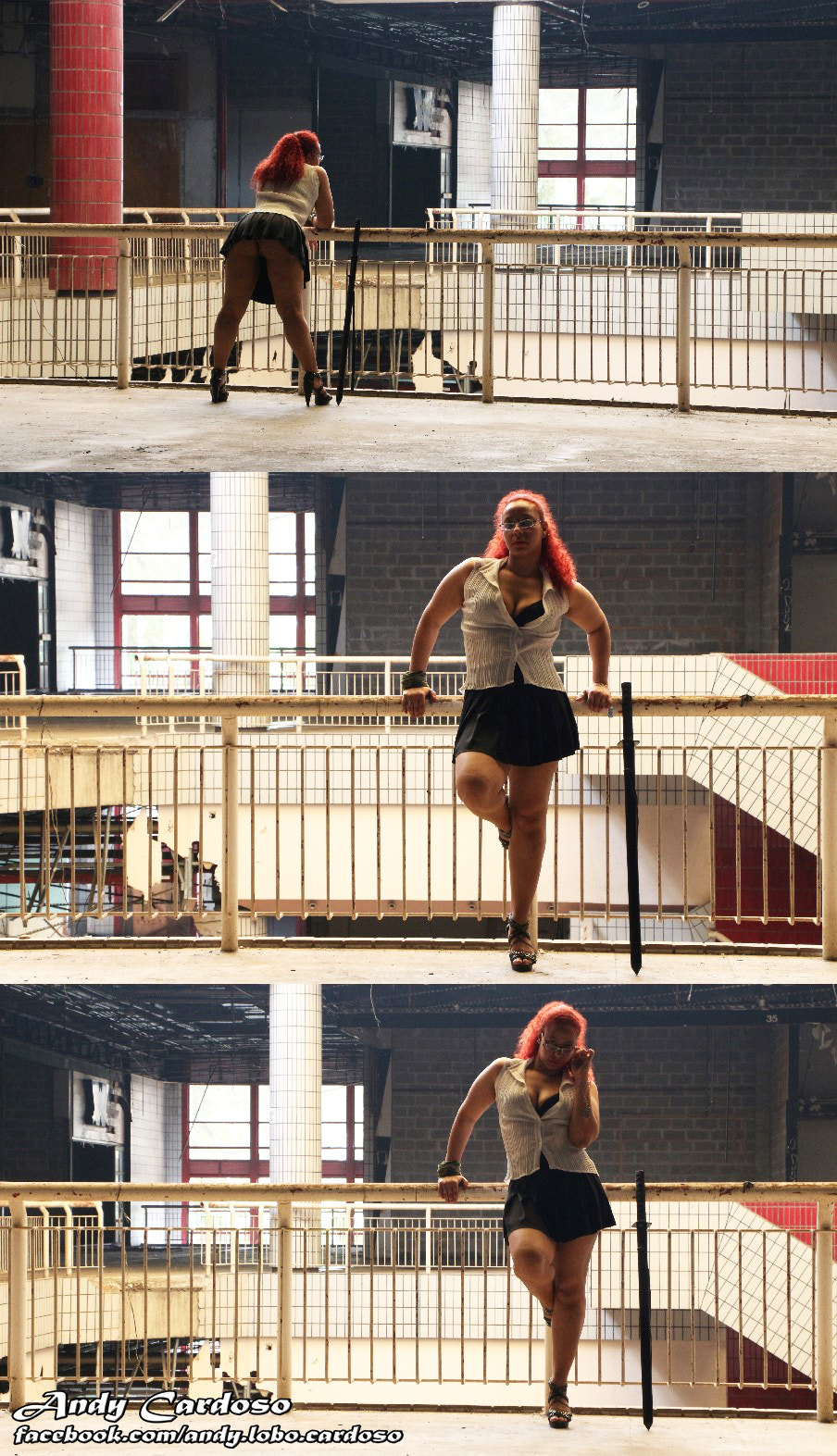 He is a clever person, and aside from being a very capable combatant he is very aware of his surroundings and uses everything at his disposal in order to gain the advantage over his opponent. But, he tends to play with his opponents when he gets the upper hand in various situations, this ultimately leads to his defeat at the hands of Kaoru Hanayama. Spec leaves the Police Station after effortlessly killing a squad of elite "Special Force Brigade" which is Japan's elite group of police. He proceeds to chase after Baki, following the rules of the established street fighting tournament established by Tokugawa the previous night, which he stated that any of the five convicts could freely go after of the other 5 opposing fighters; Baki Hanma, Kaiou Retsu, Kaoru Hanayama, Doppo Orochi, and Gouki Shibukawa. Spec finds Baki with Kozue Matsumoto out on a date at a park. Spec attempts to intimidate Baki by staring at him, letting him be aware of his presence, but Baki turns this back on him by giving him an equally powerful and intimidating stare of his own. This enrages Spec, causing him to lunge out at Baki, but before he could make a move, Hanayama arrives and pushes Spec back into another section of the Park to keep him away from Baki.

The fight starts off with Spec surprise-kicking Hanayama, and then using various objects at the park to attack Hanayama with. Spec then moves in to finish Hanayama with his Apnea Rush technique, although it appears to have almost no effect on Hanayama, and Hanayama delivers a punch to Spec's face in the middle of his technique. Spec becomes shocked of the power that Hanayama's fists possess, with Hanayama punching Spec around to the verge of defeat. Spec, in a last and desperate move, shoves a handful of bullets into Hanayama's mouth and slams his jaws shut, causing the gunpowder in the bullets to explode and blow holes through his cheeks. Hanayama, showing his street-fighting endurance, manages to still stand and punches Spec with so much force that it sends him flying into an electrical pole, where he is electrocuted and knocked unconscious. Kaoru Hanayama's fighting specs. Hanayama takes Spec back to the Metropolitan Police Detention Center, where he is shown gratitude by the Police Captain by bandaging his wounds and treating him with VIP status.

Hanayama then brutally tackles Spec to the ground and begins to punch Spec repeatedly in the face.

While Hanayama is being given a ride by one of the police officers, Spec murders all the officers in the lobby and rushes towards the vehicle Hanayama is in, and flips the car over. Spec then brutally assaults Hanayama with a police baton, and then shoots him both knees with a gun. Spec attempts to kill Hanayama by shooting him in the mouth but Hanayama quickly turns his face so the bullet harmlessly passes through his cheek. Hanayama then brutally tackles Spec to the ground and begins to punch Spec repeatedly in the face. After a gruesome fight, Hanayama defeats Spec by using his Vice Grip to crush his throat/windpipe/carotid artery. After losing to Hanayama, Spec falls into a coma and is transported into a medical facility where the doctors reveal his true age, 97 years old. They also reveal that he has started to look his age just a week after falling into a coma, meaning Spec has lost most of his muscle mass and possibly 1 to 3 inches of height just like every person does upon entering old age. A police officer named Shunzou Utsumi comes to the medical institution where Spec is staying. He talks about the convict with a doctor who takes care about the condition of Spec. Spec is still bedridden after his fight with Hanayama, but is somehow moving his body in such ways as a swimming the butterfly stroke through thick liquids.

39;s physical capabilities are far into the tier of superhuman.

His body has shown great recovery after his rapid aging. It is not known what happens next to Spec. Spec's physical capabilities are far into the tier of superhuman. Spec was considered one of the five strongest and most dangerous convicted felons on the planet, being able to easily break out of a maximum security submarine prison, and swimming through the 200mph underwater currents with no damage or strain, and then proceeding to kill the entire squadron of nearby prison coast guards in 5 seconds with no sign of fatigue whatsoever. Spec's muscular strength was extremely high, being able to compete with the other top-tier protagonists in terms of strength, speed, flexibility and stamina. Spec had traveled from the coast of Florida to Tokyo on foot, in a matter of only a day, showingcasing incredible stamina and speed. Spec, despite being the oldest prisoner, was implied to be the physically strongest of the convicts, being able to easily break his way through prison walls and cell bars in only a few seconds. He was shown to endure the physical attacks of Japan's special elite police force brigade, as well their "flashball" projectiles, which has a force equivalent to a professional baseball player hitting a ball from 2 meters away, without even flinching. Spec was shown to be imperceptibly fast, traversing around Tokyo and elsewhere at apparently warp-like speeds, arriving at locations in a matter of seconds, with other people not even detecting or sensing his movement.

He even survived getting his throat crushed even though he lost most of his strength.

An example of this would be when Spec was detained in the Tokyo Metropolitan Police Board Detention Center and broke out of his cell during the Police Captain's briefing on the five convicts, went to the local supermarket and killed the cashier, came back to the station and into the restroom only seconds after the briefing ended, standing next to the Police Captain without the captain even noticing him move to that spot. Spec was also shown to be fast enough to land a kick on Baki, who was known to be at supersonic speed, and even appeared to demonstrate Incredible endurance as he shot himself in the jaw and simply laughed as if though it was nothing. He even survived getting his throat crushed even though he lost most of his strength. Spec has a technique called Apnea Rush, which allows him to relentlessly attack for up to 5 minutes without pausing to breathe. He was able to critically damage the Statue of Liberty with this technique and had it not been for the engineers and their efforts the statue would have collapsed. Stomp - used against Baki Hanma. Apnea Rush - Spec's signature move; used against Kaoru Hanayama, for example. Tameshi Wari - used against Kaoru Hanayama. Rear Naked Choke - used against Kaoru Hanayama. The fourth volume of Tray (Complete Edition). This character is based on the real life serial killers Andrei Chikatilo and Richard Speck. His name is often written as "Speck", but the fourth volume cover of the Baki manga series (Complete Edition version) shows that the manga author wanted his name to be written as "Spec". Spec's English voice actor is Kyle Hebert. Ironically, Hebert voiced Hanayama in the Funimation dub of both Baki the Grappler and Baki the Grappler: Maximum Tournament. Spec shares many similarities with Ryuu Kaiou: both of them are extremely old yet remaining their massive size and masculine and are formidable combatants.