» » Who Is The Strongest Demon King In Yu Yu Hakusho 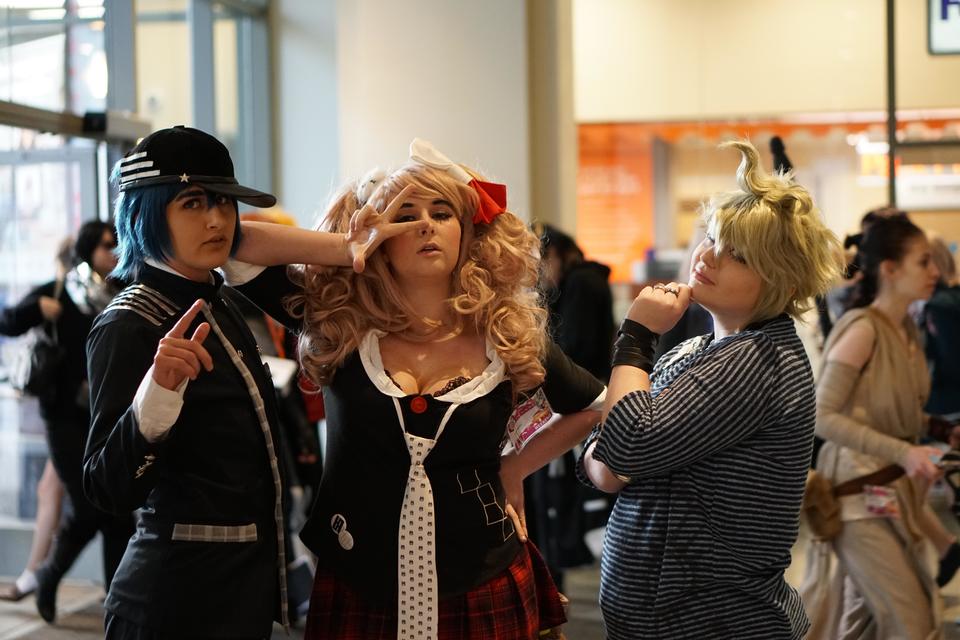 The Three Kings are Upper S-Class demons on equal footing (although Raizen in his prime would have been easily the strongest of the three) with vast armies of loyal subjects of A-Class soldiers and some S-Class demon generals, who each have a strong connection to one of the three members of Team Urameshi with a demonic heritage. Each King suffered a physical loss to obtain their enlightenment; some are more pessimistic than others, but all have gained enough patience to avoid audaciously fighting one another, knowing that if one declared war upon and fought another to the death, only one of those two kings is likely to survive but heavily scarred and weakened from the battle(s), then the third would strike at the moment of weakness and be the remaining King. This situation leads to a deadlocked 500-year stalemate that lasted until Raizen's death, upon which his descendant Yusuke called a tournament that caused them to disband their vast kingdoms to set up a tournament for the absolute ruler of the Makai. The only possible contenders to rival the power of the Three Kings in the series are the old friends of Raizen or the demon league that chased and injured Raizen in the past.

Note that Raizen is in a weakened state.

At the time Raizen gave up fighting, his comrades lost their passion for it as well and all went into seclusion and broke ties with him. However, centuries later at his funeral, it is revealed that despite their lack of practice, each of Raizen's friends were able to at least match Yomi in power, implying that in the past, they exceeded the powers of even Yomi and Mukuro. Note that Raizen is in a weakened state. Raizen is one of the only two Mazokus ever introduced in the entire Yu Yu Hakusho series until it concluded (the other one being Yusuke) and is either the strongest or 2nd strongest of the Three Kings (as well as the strongest or 2nd strongest character in the series, challenged only by a raged Mukuro), and Yusuke's ancestor. Hundreds of years before the series, he is injured after fighting the entire army of powerful demons and later nursed back to health by a human woman. He falls in love and has a child with her, vowing to never eat humans again. He stars and weakens over hundreds of years.

Yusuke eventually appears and Raizen trains him until his death. His kingdom is passed on to Yusuke, who manages to avoid war with the other kings. He is voiced by Takayuki Sugō in Japanese media and Chris Sabat in English media. His base Youki level is 1,322,000 in a weakened state, though worthy to note is that much of his shortcomings are in the field of Special Abilities, while his Stamina and Offensive Power remain the highest despite his hunger. It was hinted several times in both the manga and anime that he was the strongest and the most powerful demon in all of Makai during his prime. His right-hand man is Hokushin. Mukuro is the female member of the Three Kings. After being abandoned at birth, she is adopted by another demon and turned into a sex slave. She eventually pours acid on her body to escape his desires, which leads to his placing extremely strong shackles on her. She escapes, eventually replaces the right side of her body with metal and machinery, assumes the identity of a man, and becomes a ruthless killer. She eventually finds Hiei while preparing for war, placing him as her second in command, and becomes close to him. During the tournament, she faces Hiei and wins, though his main goal is to break her shackles. This quells much of her hatred, which leads to her eventual loss--her power is directly proportional to her rage, thus making her weaker as her rage lessens.

Afterward, Hiei captures her adoptive father, whom she can not kill because of special mental modification on her mind, and merges him with a plant that constantly heals him, allowing her to torture him at her pleasure. She is voiced by Minami Takayama in Japanese media and Wendy Powell in English media. Her base Youki level is 1,575,000. Her former right hand man was Kirin but was replaced by Hiei. Yomi is the third and newest of the Three Kings. He was once partners and a follower to Yoko Kurama, however he is blinded by an assassin Kurama hired to kill him. Despite this, he grows in power to become equal with Mukuro and Raizen. His dream is to unite the three worlds under a single ruler, mainly himself. Because of this, he recruits Kurama as his second-in-command. Prior to the Makai tournament, he creates a child, Shura to increase his chances of winning, but instead faces him and emerges victorious. In the finals of the tournament, he faces Yusuke and defeats him after fighting for sixty hours. However, the battle left him so exhausted that he lost the successive battle to Koukou.

TagsWho Is The Strongest Demon King In Yu Yu Hakusho