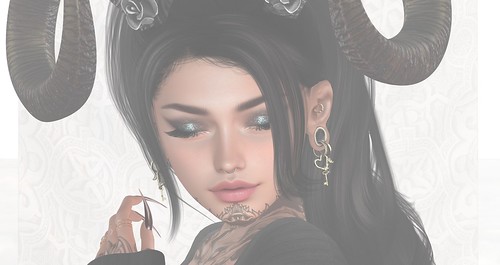 God (神, Kami) is the god who came after to take back the Powers from the Human. God takes the form of a giant black construct resembling a broken circle and features seven black spikes. The largest of these spikes features a skull that acts as a face and a curved edge that resembles black cloth. Behind the skull is a light that shines through both eye sockets and below the jaw. Because of his status and stature, God is a very direct and imposing figure. He quickly exposes his will onto his new world by confiscating powers he considers too dangerous for humanity to have. Despite his intimidating presence, he does not seem to be scaring people intentionally. He quickly leaves to let Shinra and his family carry on living their lives after the crisis is over, giving them a way to contact him if they need his help. But these fast and sweeping changes delivered so casually leave people confused by his actions. As he was created to be the Absolute Ruler of Death, God is an incredibly powerful figure. He was able to split his creator, Shinrabanshōman, into his three components without resistance while also stripping the most powerful humans of their Pyrokenetic abilities. He was also able to do this on a planetary scale, removing spontaneous human combustion from the world.

You Can Have Your Cake And Manga, Too

he he is either incapable or unwilling to take powers from somebody who wasn't on the planet at the time. God was also capable of instantly appearing and disappearing at will. God removes Shinra's peer's prokinetic abilities. God appears following the reformation of the world and tells the gathered pillars and creators that they cannot exist in this new world. Shinrabanshōman explains that he created this being along with altering the world's structure and relationship with death, hoping that humanity will benefit from having a clear and tangible god to interact with. God then pulls removes seven powers from seven people; Shinra, Shō, Haumea, Inca, Iris, Nataku Son and Benimaru Shinmon. He explains they are too dangerous for this new era and that he has confiscated them. Realizing they have all lost their powers, Iris realizes that SHC has also disappeared from the world. After Shinra thanks him for his help, God leaves as quickly as he arrived. Although he is uncertain of where he is going when asked about it, telling Shō he will make a place a god can belong and giving him a phone number to call in case of emergencies, before vanishing. After more than eight hundred years, God decides to create a child in the image of Shinra who saved the world. Upon doing so, he names the God-child Kid.

3 Ways You Can Grow Your Creativity Using Manga

TagsWho Is The God Of Fire Force