» » Who Is The Cutest Sanrio Character 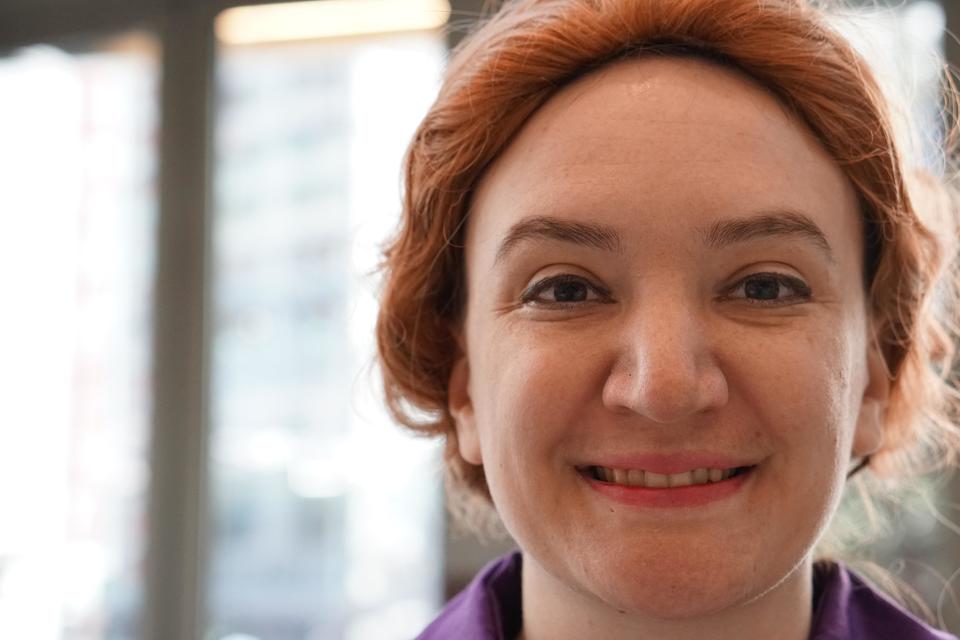 Since her debut in 1974, Hello Kitty has become a familiar household name and can be found in most, if not every, toy store in some form. That being said, most people don't know Hello Kitty's origins or how she gained popularity. Hello Kitty is a part of a company called Sanrio, developed by founder Shintaro Tsuji. Tsuji started out selling painted sandals in the 1960s and eventually decided to start putting cartoon characters on his items. Hello Kitty in particular was designed by Yuko Shimizu and first appeared on a coin purse. It wasn't until the late 1980s that Hello Kitty earned her own anime, called Hello Kitty's Furry Tale Theatre. Since then, Hello Kitty was the subject of multiple series, the longest-running one being called Hello Kitty's Paradise. In this article, we will explore the characters found in the show The Adventures of Hello Kitty and Friends. Hello Kitty's success began skyrocketing in the late 1990s with celebrities and teenagers wearing her brand. While Hello Kitty was originally marketed to preteens and adolescents, her presence in kawaii culture has made her popular to a much larger audience in Japan and elsewhere. Here are the best Hello Kitty characters, ranked, along with mention of their most recent Sanrio character ranking based on polls. Pocchaco is a playful, sometimes clumsy, and friendly white dog who enjoys sporty activities like soccer.

She is not as confident as Hello Kitty.

He is known for accumulating injuries from all of his active hobbies and sometimes gets involved in solving mysteries. One of the cutest Hello Kitty characters and too important not to be mentioned, Pochacco is currently third in the Sanrio ranking. Keroppi is a friendly frog who lives with his family of frogs at Donut Pond. Keroppi's name originated from the Japanese onomatopoeia, "Kero Kero," for the sound a frog makes. Like Poccacho, Keroppi is active in sports, enjoying swimming, baseball, and boomerangs. He is ranked number 15 according to Sanrio's ranking. Mimmy is Hello Kitty's twin sister and is 27th in the Sanrio ranking. She is shy and dreams of being married one day. That being said, Mimmy enjoys home-making activities and home economics. She is not as confident as Hello Kitty. Badtz-Maru is a penguin with a spiky hairstyle and a bit of an attitude. He likes to stick out his tongue, admires bad guys in movies, and likes to be in charge.

According to Hello Kitty Wiki, Bantz-Maru shares some resemblance and the same birthday, April 1st, as Bart Simpson. In the same article, it's reported that Bantz-Maru was Sanrio's first "bad" character. He ranks 14th according to Sanrio. Although not as popular as Hello Kitty, Chococat was one of Sanrio's first and most well-loved characters. This little black cat has a special talent: his whiskers. His whiskers act as a super-sensitive antenna, and so he learns about things a bit quicker than other characters. Chococat's parents are also divorced, which creates inclusivity for viewers of different homes. Chococat currently does not rank very high on the Sanrio scale. The Little Twin Stars consist of Kiki and Lala. They traveled to Earth from a star called Omoiyari to learn how to become brighter stars. Their powers come from the star on Kiki's back, giving the ability to fly, and Lala's star wand, which can summon candy at any moment. When they meet Hello Kitty, they are there to save her or help her with lessons. They rank seventh on the Sanrio scale.

My Melody is Hello Kitty's best friend, a white rabbit with similarities to Little Red Riding Hood. She is friendly, soft, and enjoys a good almond pound cake. Although she has no special powers, she takes care to keep things clean and organized. She has a rival, Kuromi, but still behaves friendly toward her. My Melody ranks fourth according to Sanrio. Ranking just after My Melody, Kuromi is a cute but edgy rabbit-like creature that wears a black hood with a winking skull on it. She runs a biker gang called "Kuromi's 5," a group that rides around on their tricycles and tries to look tough. Despite being sometimes menacing, Kuromi secretly likes romance and love. Dear Daniel is Hello Kitty's boyfriend and childhood best friend. He is particularly interested in appearance and notices details. His father is a traveling photographer and so Daniel has lived in places like South Africa and New York, but primarily resides in England. Dear Daniel ranks as number 25 according to Sanrio.

Cinnamoroll is currently voted number one in the Sanrio character ranking. He was discovered in the sky by the owner of a shop called Café Cinnamon, and they now live together. Cinnamoroll is a dog with very long ears that allow him to fly. He is the mascot and helper of the mobile coffee shop in the area where Hello Kitty lives and a fan-favorite. Hello Kitty, a whitetail bobcat, currently ranks number six in the Sanrio ranking but has been the most popular over time. She is a confident tomboy but likes to collect cute items and enjoys the more creative, artsy subjects in school. According to Hello Kitty Wiki, Hello Kitty has no mouth so that viewers can more easily apply their own feelings to the character. The long-standing Hello Kitty franchise is now set to release a new live-action-animation-hybrid movie in the winter of 2022 and will hopefully star all of these beloved Sanrio characters. The director, Jennifer Coyle, revealed in a statement that she wants the film to "spread the message of love, friendship, and inclusivity Hello Kitty stands for.

Never Lose Your Manga Once more

TagsWho Is The Cutest Sanrio Character