» » Who Is Sherlock Holmes Sister

Eurus Holmes is the younger sister of Mycroft Holmes and Sherlock Holmes who was completely unknown to Sherlock until her reveal in "The Lying Detective". She is the person behind Jim Moriarty's "Did You Miss Me?" propaganda. Eurus Holmes is the third child and only daughter of Mr Holmes and Mrs Holmes, eight years younger than Mycroft and one year younger than Sherlock. She is referred to as the most intelligent one among the Holmes, classified as an era-defining genius. Mycroft first mentioned her as "the other one". She grew up alongside her two brothers in their family home. One day, while playing with Sherlock, Mycroft and Redbeard, Eurus displays signs of loneliness and so she decides to kill Redbeard, who is later revealed not to be a dog, but Sherlock's best friend Victor Trevor. Eurus refuses to reveal the whereabouts of Victor and expresses her emotions about the situation through replying to Sherlock with her poem. It is seen in "The Final Problem" that Eurus had cast Victor into a nearby well where he was left to die. The assumed loss of Victor traumatizes Sherlock to the point that he 'rewrites' his memories to forget Eurus and Victor.

39;s wife would be shot if they did otherwise.

Eurus is sent to the maximum-security psychiatric prison, Sherrinford, after she burns down Musgrave, the Holmes' family mansion by her uncle Rudy Holmes. Through her gift of manipulation, she takes control of Sherrinford and can leave whenever she likes. She first meets John Watson while she is undercover, as Elizabeth, a lady on the bus, and this meeting later develops into a texting relationship. Soon after John ends the relationship, she assumes a new disguise as John's therapist, Ursa. Her first meeting with her brother Sherlock on screen is when she disguises herself as Culverton Smith's daughter, Faith Smith, seeking help. She reveals herself to John at the end of "The Lying Detective", when he returns to her seeking therapy, holding him at gun point. The audience is left hanging after Eurus pulls the trigger on John, which was revealed as a tranquilizer dart. In "The Final Problem", Eurus, having already had the whole institution of Sherrinford at her mercy, plays "games" with Mycroft, Sherlock, and John Watson, making Sherlock choose who would have to shoot the governor, due to the fact that the governor's wife would be shot if they did otherwise. In the end, after no one had wanted to get their hands dirty, the governor shoots himself thinking that his wife's life would be spared.

Showing more cruelty, she promptly shoots the governors wife with no care whatsoever. Then, because of knowing all about Sherlock's personal life, she lies about having placed bombs in Molly Hooper's flat and then commands Sherlock to get her to make her say that she loved him, without telling her that there was anything urgent going on. While Sherlock's time starts to grow short, she plays recorded clips of Moriarty saying things such as tick-tick-tick-tick in hopes that it would stress Sherlock. It is also revealed that the whole order was planned in five minutes conversation with Jim Moriarty. The next challenge passes, with Sherlock trying to choose which of three men to die, all the while having to save a girl stuck on a crashing plane. After being tranquilized and sent to Musgrave, Sherlock has to save the girl on the plane and a slowly drowning John Watson. He decodes the cleverly planned gravestones and seeks Eurus in her room, where she is having a delusion, identical to the situation of the girl on the plane, being revealed to be the girl on the plane. 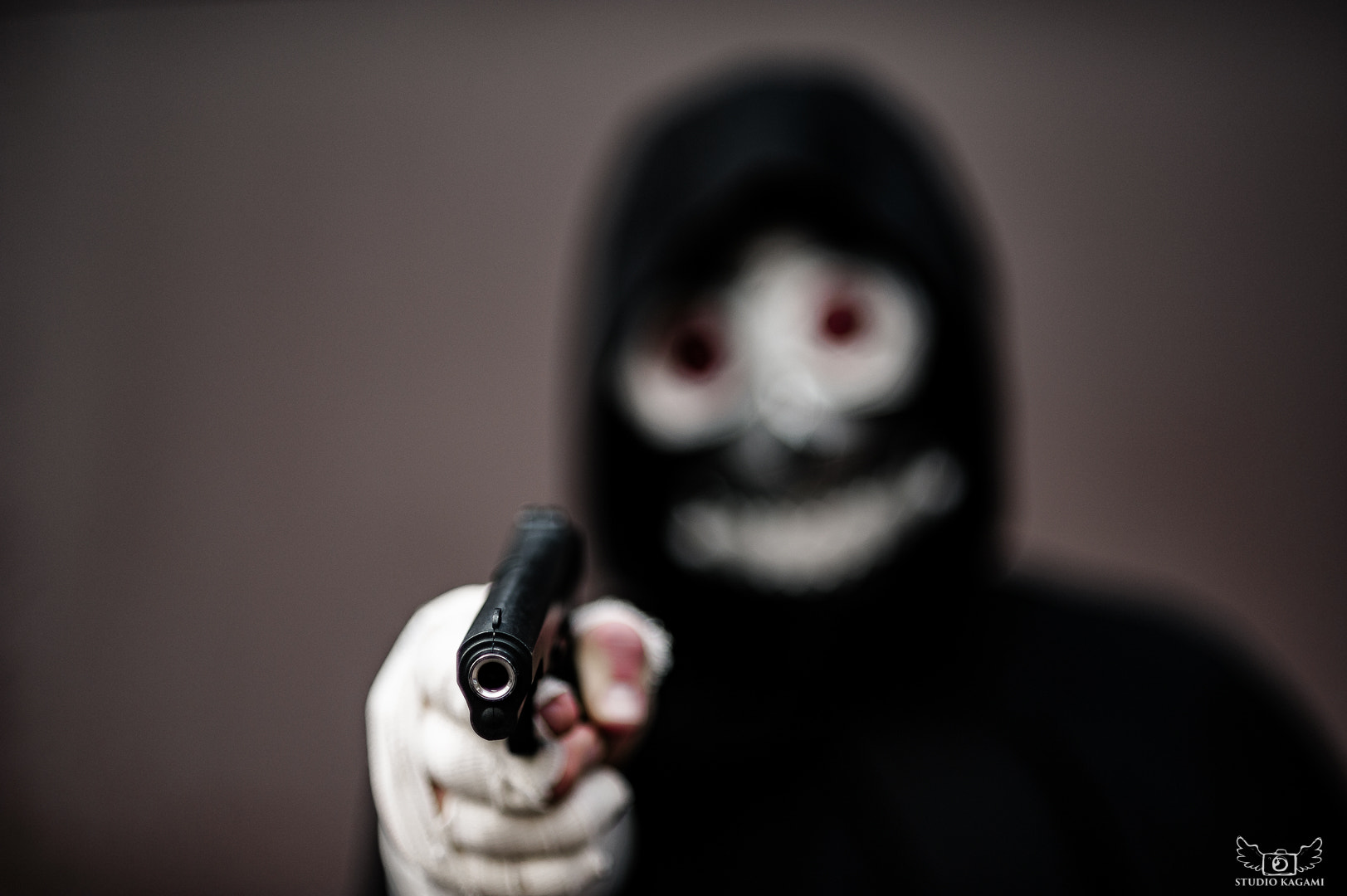 After being comfortable by Sherlock and saving Watson, she is sent back to Sherrinford, where she doesn't seem to make any conversation besides playing duets with Sherlock. By the end of episode, she seems to have become a different person, due to seemingly being able to feel emotion. She shows that all it needed was Sherlock's compassion, and that the experiments were to see things about emotional context. Eurus has a high intelligence quotient and is a master of manipulation. As a young child, she lacked emotion and it seems the ability to distinguish her own pain, cutting open her arm because she wanted to see how her muscles worked. As an adult, she has slipped between being calm to screaming and, when finally seen, to being a helpless child alone on a malfunctioning air-plane. Eurus lacks typical normal human feeling, but she watches and reads the emotional reactions and emotional states of others, manipulating them to her favour in order to better understand an individual, or, for Eurus to feel something about what she's doing.

A part of Eurus, however, is aware of the wrongdoing of her actions but, like the child helpless on the malfunctioning plane that she experiences herself to be, Eurus has no idea how to behave differently than how she already is, much less succeed or even progress in that area. Regarding her family, Eurus has a singular preference for Sherlock, declaring him as her favorite family member. Making Sherlock scream, which she initially understood as laughter, was the one thing that made her most happy. When Sherlock played pirates with his best friend 'Redbeard', who was revealed to be Victor Trevor, and apparently excluded Eurus, Eurus entrapped and murdered Victor out of want for Sherlock to play with her. She later produced drawings of Sherlock being dead and acted upon them by her attempt to burn down Musgrave Hall. When reunited with Sherlock as adults, she continued to play with him through her disguise and impersonation of Faith Smith, and Sherlock was the main subject of her games at Sherrinford and at Musgrave Hall, manipulating Sherlock's emotions regarding his loved ones and his 'Redbeard' trauma for her engagement. Despite her tormenting Sherlock, however, as decrypted in her childhood song 'The Musgrave Ritual', Eurus throughout her entire life held Sherlock as the only person who can reach her in her extreme feelings of isolation and psychosis, which he indeed finally solved decades later and managed to reach out to Eurus to reveal the location of the well she trapped Victor's remains and John in.

39;s playing the violin and being able to effortlessly copy his played melody.

While Eurus has shown little regard for human life, shown throughout the many people who died during her trials, she refused to let Sherlock die, shown when she tranquilized him to prevent him killing himself instead of John or Mycroft, though this was also most likely done to prevent her games being stopped. Because of her unique mind, Eurus' feelings of extreme isolation and psychosis are so profound that she subjectively experiences herself alone on a plane full of sleeping people and has no idea how to land. After the culmination of her game with Sherlock at their childhood home of Musgrave Manor, Eurus became uncommunicative and was described by Mycroft as having "passed beyond our view". However, she still seems reachable, reacting to Sherlock's playing the violin and being able to effortlessly copy his played melody. After repeated sessions over the years covering numerous cases and Rosamund's growth into a toddler, she performed with Sherlock in a violin recital that Sherlock organized for their parents and Mycroft, perhaps reflecting steps towards some measure of recovery. On Mycroft, Eurus held her eldest brother with seemingly no regard beyond being one of the two most important attachments to Sherlock, the other being John Watson.

Genius-Level Intellect: Of all the Holmes siblings, Eurus was the most clever. Like Mycroft was to Sherlock as the smarter sibling, Eurus felt Mycroft to be 'quite clever' and could understand things if Eurus herself 'went a bit slow for him'. Though Mycroft holds the responsibility of institutionalizing her at Sherrinford since being a child, Eurus does not seem to hold any profound ill-feelings towards Mycroft about that. Regarding her parents, she has not demonstrated, and doesn't seem to hold any feeling towards them at all. Because of her attachment to Sherlock, Eurus took special notice of Jim Moriarty's own interest with Sherlock, requesting to Mycroft that, as a 'Christmas treat', she wanted an unsupervised conversation with Moriarty for five minutes in exchange for a consultation to her insight. When they finally talked, Eurus spoke 'Redbeard' as a treat for Moriarty, and, from then, hatched their respective games for Sherlock. She refers to Moriarty as 'Sweet Jim' and remarked on his death wish and his interest in causing trouble after his own death, with Eurus' games themselves as being Moriarty's revenge on Sherlock from beyond the grave. Genius-Level Intellect: Of all the Holmes siblings, Eurus was the most clever. She is the most intelligent human on Earth. Compared to Mycroft who was professionally assessed as 'remarkable', Eurus was 'incandescent'.

Mycroft explained to John and Sherlock in 'The Final Problem'. According to Mycroft, Eurus seemed to be able to perceive truth beyond both the normal scope and even his own, such as how Eurus during their childhood together once remarked on how funny her older brother looked as an adult. As a young child, she taught Sherlock the violin, successfully orchestrated the entrapment and drowning of Victor Trevor that went unsolved for decades, utilized ciphers, and was able to manipulate people to the point of enslavement since the age of 5. As an adult, this talent of hers had increased to the extent that, except geniuses like Mycroft, Sherlock, and Jim Moriarty, virtually anyone who interacts with her are 'reprogrammed' and thus compromised, as demonstrated in her former psychiatrist killing his family and himself and Eurus' secret takeover of Sherrinford. Her intellectual abilities are such that, after spending an hour on Twitter, Eurus precisely predicted the exact dates of three separate terrorist attacks on British mainland. Because of these faculties, the British Government and Mycroft tap her as a consultant on potential threats to Britain, risking the exchange of granting her 'treats' from which she may potentially and dangerously benefit from.