» » Who Is Sero Shipped With 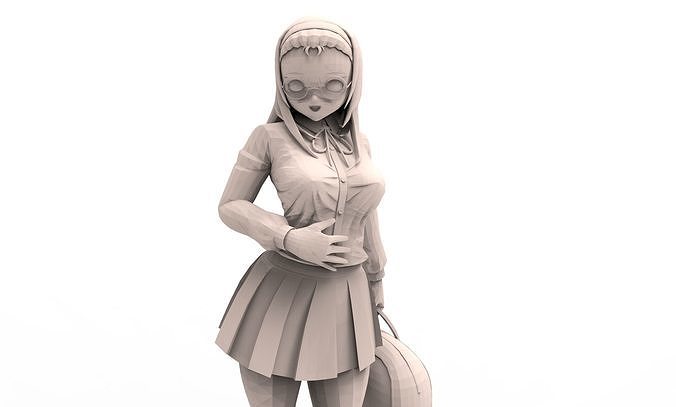 SeroRoki is the slash ship between Hanta Sero and Shoto Todoroki from the My Hero Academia fandom. In the S5 EP, "No.1", Shoto and Hanta can be standing together as Izuku joins the group (on the far right). In the S5 OP, "Footprints (足跡 Ashiato)", Shoto and Hanta can be seen exiting their dorms. Hanta runs to Shoto upon seeing him, and they proceed to look at something on Shoto's phone together. Additionally, they're dressed in casual clothing, implying that it is a weekend when this takes place. Hanta and Shoto share their first interaction at the UA Sports Festival. They were each other's first spar in the 1v1 battles. Before the fight begins, Present Mic announces their names, and gives a considerable rude comparison between their differences, calling Hanta plain, and Shoto exceptional, to say the least. Then, stretching, Hanta is seen muttering to himself that he doesn't believe he can win against someone like Shoto, although this does not deter him from shooting two long strands of his Tape to bind Shoto as he yells, ".. I don 't feel like losing either! " Hanta swings Shoto around a few times, but before he can throw him out of bounds (note: the competition ends when someone is rendered immobile out of bounds), Shoto looks up at him, and says "Sorry.." as he lets out a wicked stream of ice, the largest seen from him (at the time, it encapsulated the stadium), and renders their fight over in that single blow. Even in his frozen state, Hanta manages to joke/sass, although weakly, "Don't you think that was a bit much..?

Hanta and Shoto are not only placed on the same floor, but are roomed next to each other.

" After Shoto's already obvious win is announced, Shoto walks over to Hanta and apologizes once again as he sets a hand across his chest, using a small flame to set him free, despite his disdain for that power of his (this took place before " Deku vs. After the events of Kamino, the students of UA are moved into dorms as an extra safety precaution. Hanta and Shoto are not only placed on the same floor, but are roomed next to each other. Notably, Eijiro and Katsuki are roomed next to each other as well. Their arrangement was evidently due to their closeness, and Eijiro being the only one Katsuki truly feels safe with, thanks to his antisocial behavior, so it can be implied that Hanta was placed by Shoto for a similar reason, as Hanta seems to fit somewhat into the same foil to Shoto as the other two to themselves. While Shoto (and Katsuki) are out at their remedial courses, Shoto joins a mini gathering of their classmates, and questions them if they know when he'll be able to see Shoto again, as he wants to borrow "the next manga volume" from him.

This is particularly interesting, as Shoto is known to be introverted/antisocial to an impossible extent, yet agrees to being Hanta's "manga buddy". Additionally, Hanta saying "the next" volume, rather than "a volume" implies that isn't the first volume the two of them had shared together. Hanta's grouping, the (special) Effects/Staging Team. Hanta and Shoto, alongside others (Kouji, Eijiro, and Yuuga), use their combined quirks to transform Yuuga into a living disco-ball. Hanta uses his Tape to hold Yuuga above the stage in which the concert would take place, and Shoto creates a large block of ice for Eijiro to scrape bits of, creating a "twinkling" effect. As the concert begins, an enthusiastic Eijiro yells, "DO IT, SEROROKI!!" in regards to their team-up. As evident, Eijiro, intentionally or not, created a ship name, the most popularized ship name for the duo. During Endeavor's fight against the Speaking Nomu, Hanta joins Shoto in watching the televised battle, and gives him a worried look when things begin to look grim. After the fight ends, Shoto falls to his knees in relief that his father survived, and Hanta rushes over to comfort him. As Hitoshi finishes his "I'm not here to make friends " lecture (before the Joint Battles), Hanta mutters "It's like I'm looking at an 'Early-roki' " as in reference to Shoto's words and behavior at the begin of the year.

39;t get the appreciation within the fandom that he needs/deserves.

As they clap, Shoto turns to him with an innocently confused look, and asks "Really? ", to which Hanta responds "Yeah.." This shows that Hanta not only remembered something quite trivial about Shoto, but has been paying attention to his growth in character as time went by. Due to the prevalence of other ships for Shoto (Hanta is much more minor a character, and doesn't have as much competition other than SeroMina), such as TodoDeku or TodoBaku, this ship remains a "rare-pair" in the fandom, although notably one of the more popular ones. It is commonly shipped alongside pairings within the Bakusquad (KiriBaku, KamiShin, MinaOcha), as a way to pair Hanta off, and vice-versa for Shoto and the Dekusquad (TsuChako, IidaDeku). Said pairings are usually slash/femslash. Aside from this, many shippers tend to be those who feel that Hanta doesn't get the appreciation within the fandom that he needs/deserves. A popular thing noticed is the way Shoto and Hanta are compared with each other- Shoto is listed to not only be exceptional, but stunningly gorgeous, whereas Hanta is average, and most of all, plain. The Opposites Attract dynamic obviously prevails here, alongside easy potential (shipping material) for Hanta's self-growth especially. Additionally, Shoto's warmth, and easygoing self seem to do good for Shoto, as Hanta has truly been helping him from his "icy" shell.

TagsWho Is Sero Shipped With