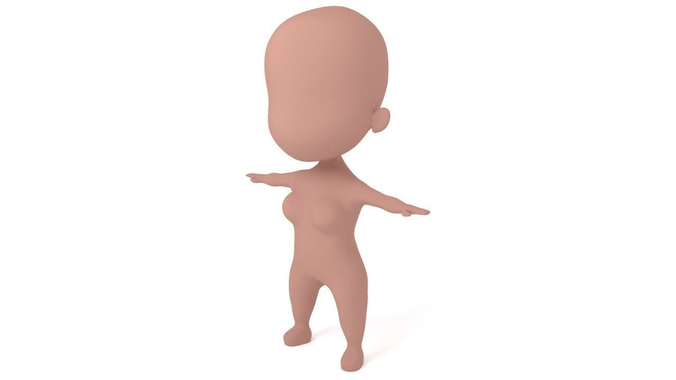 Izumi Yukihira (行平 Yukihira Izumi) was a teacher at Alice Academy and the father of the Mikan Sakura. He passed away before the series started, but he is remembered as the teacher with the same Nullification Alice as Mikan. Izumi is the younger brother of the high school principal, Kazumi Yukihira. He was once the moderator of the Special Ability Class and was put in charge of taking care of Rei Serio, the boy who would grow up to become known as Persona. He was also formerly the homeroom teacher of Elementary B Class and later Elementary A Class. As stated by Noda, Izumi had influenced the Academy greatly, encouraging the children to appreciate their Alices and themselves and to give them something to look forward to in life, considering how the Academy was stricter during his time. He brought a cheerful, lively mood to everyone, even allowing his students to call him Yukki (ユッキー). He was loved by almost the whole Academy.

Izumi was handsome and appealing seeing as he had a Yuki fanclub, which was composed of female students. He had short straight fair hair with bangs that covered his eyes, but changed it where his bangs parted in the middle when his brother said it was an old style and blue eyes. Izumi had a cheerful, social, and kind personality that he passed down to his daughter. Izumi had a belief that all alices could be good, but it depends on how the user decides to use it. Izumi was very close to his students asking them to call him "Yukki", which differs greatly from Jinno's more professional and scary way. Although, once being a delinquent in his teenage years, Izumi was hotheaded at times, shown when he punished Anju L. Narumi by throwing him in the air. He was quite perverted, as he asked his brother if he was going to teach girls and commented to Yuka that he could see up her skirt when he first met her. Like Mikan Sakura, Izumi was naive and reckless, which got him bullied by Jinno and his brother for making stupid choices. Like Mikan, Izumi was very intimidating and had a temper when he was angered or provoked, as shown when he gave Yuka Azumi a murderous stare after she called him a pervert when they first met.

When they first met, Izumi was delighted, but Kazumi hit him and then welcomed him.

Aside from his cheerful and easygoing nature, Izumi was known to have always acted in the best interest of his students and for a cause he believed was right, as he risked punishment for shielding Yuka from the Elementary Principal, he refused to be the moderator for the Dangerous Ability Class because of the students being used as weapons, and he didn't blame Persona for his own death and harbored no ill will towards him. Izumi had a normal life before coming to the academy. He never knew he even had an older brother until he was in his late teens, when Kazumi Yukihira began writing him letters from the academy and suggested that Izumi came to the academy due to that Kazumi was sent to the academy years before Izumi was born. Izumi came to the academy at age 22 and became a teacher, when his brother figured out that he had an Alice from their changing of letters. Before becoming a teacher, he was a rebel and the leader of a motorcycle gang. When they first met, Izumi was delighted, but Kazumi hit him and then welcomed him. Despite Kazumi's harsh treatment, he and Izumi immediately developed a strong sibling relationship and Kazumi took on the role as a parental figure to the easygoing Izumi. He was immediately embraced by his students for his cheerful and easygoing personality, even though it annoyed serious types of teachers, particularly Jinno, and his brother.

The first person that caught his attention was Yuka Azumi, a student of his who tried to escape from the school. He stopped her and the two immediately disliked each other due to Yuka's stubbornness and Izumi's perverted attitude. However, he caught her after being electrocuted from the gates and comforted her as she broke down about her desire to see her family again. From then onward, they became "best friends", even though they still got on each other's nerves. Two years later, the Elementary Principal explained to Izumi that he would be the teacher of the Special Ability class. As Yuka became middle school student, Izumi hears rumors about her being the Elementary Principal's lover and went to the middle school section to talk with her. Izumi found Yuka alone and crying, because of her Stealing Alice has been causing her trouble. He gave Yuka advice that she had a choice to use her Alice for good or bad.

When he discovered that the Elementary Principal had been forcing Yuka to steal other people's Alices and was mistreating her, he saved her, despite being threatened by the Elementary Principal himself. Izumi then had a problem with a ten-year-old Narumi, who had been using his alice irresponsibly and refused to cooperate with the students and teachers. Izumi decided to make Narumi and Yuka partners and they initially cooperated with each other until Narumi used his Pheromone Alice on her. Izumi went after Yuka, when she ran away from embarassment and gave her his Nullification Alice stone. This made Yuka give a loving expression and he felt awkward about it. This moment was witnessed by a fellow teacher who taunted him that Yuka was being bad. He dismissed it to her that it wasn't what it looked like, but told himself that he could not be falling in love with a student. Two years later, he was forced to get a haircut because his brother said it was an old style, which made everyone laugh at his new hairstyle.

Who is Your Manga Customer?

More than a year later, after the Elementary Principal proposed marriage to Yuka, she promptly confessed her love to Izumi, who, after getting over the initial shock, rejected Yuka's confession, not uttering a word, and left her alone and confused. Izumi saw Yuka again when she jumped out the window of the Elementary Principal's office, where she told him she would get stronger. Izumi finally acknowledged his feelings for Yuka and confessed that he loved Yuka in front of everyone at school. At first, she thought he was lying, but he assured her that he was being genuine and asked her to give all her pain to him and hugged her. This caused him to be beaten by from his brother and Jinno, who admonished him for having a scandalous relationship with a student. He admitted that he knew their relationship wad wrong but he promised to protect her and reaffirmed his commitment to Yuka. Albeit with great reluctance, Kazumi allowed Izumi and Yuka to continue their relationship, as he was soft with Izumi and had grown to like Yuka. Afterwards, Izumi took Yuka to the Hime Hana Dungeon and introduced her to Rei Serio (who later becomes Persona), whom he had been caring for since Rei was abandoned by his parents as a small child. Izumi told her that his and Rei's dream was to have Rei leave the prison to see the world and form a family to love and accept Rei.

Hearing this, Yuka putted Izumi's alice stone inside Rei, which made his rotted appearance better. This made both Rei and Izumi overjoyed, as this made them a step closer to their goal to have a family. Izumi and Yuka then went back to his room where they slept together. When he woke up, he received a phone call regarding"that thing" (Rei) had been released from his prison by the Elementary Principal. Yuka woke up and asked him what was wrong. Izumi kissed her and told her that he would come back soon and not to worry. While walking to his location, Mikan, who was watching him while time traveling with Nodacchi, knew about his inevitable death and decided to confront him to prevent his death. She was convinced to let things be because alternating history would create a time paradox until she accidentally tripped and fell through the portal. Izumi asked who she was but Mikan was too speechless and scared to speak to him. She was returned to the portal by Tsubasa Ando, ​​but not before Mikan yelled "Dad!" before leaving and he sawher crying. He wondered who she was but subconsciously called her "Mikan". Izumi arrived to the Elementary Principal's office to find that Rei had been manipulated to by Elementary Principal into blaming Izumi for his confinement. Izumi tried to take Rei away, but he refused and began to use his Mark of Death Alice on him. Izumi attempted to explain to Rei why he wad locked up in that prison but Rei refused to listen to him and used his alice again. This time Izumi was unable to nullify these marks and he became so infected that he realized he was about to die.