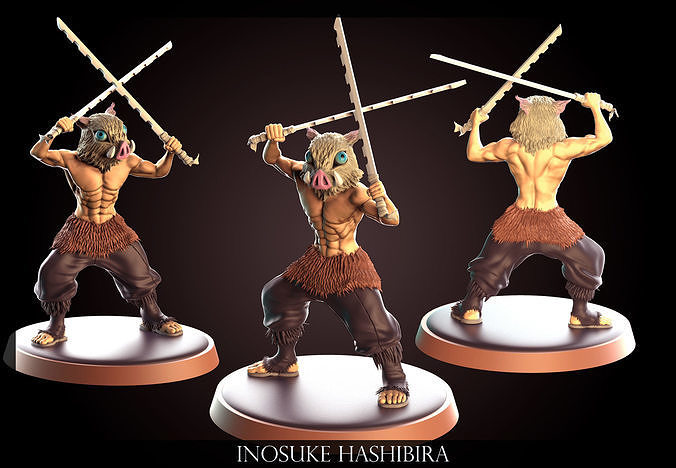 Hanako-kun, a name he has undertaken from the rumors, Hanako-san of the Toilet, used to attend Kamome Gakuen's middle school division. His real name was Yugi Amane, and he was the older twin brother of Yugi Tsukasa. It was noted by Tsuchigomori, his former teacher, that he was a quiet boy, didn't have friends, and his grades weren't the best. As such, he always came to school with bruises, to which Tsuchigomori gave the care to treat it with bandages. However, he held a curious and happy-go-lucky attitude when it came to astronomy or the mention of the first landing of the moon, exemplified by his precise explanations. It is later shown that he had kept a lunar rock as his personal treasure when he was four years old. His wish was to become an astronomer, initially believing the moon must be a great place, before settling on the fact that he wasn't going anywhere. But after meeting Nene when she time-traveled to the 1964 festival, his wish was to meet her again. The two of them had spoken prior, with Nene noting how much food he had already ate. It is unknown what had happened between Amane and Tsukasa when they were younger, only that he had killed him using the knife he still held.

39;s bathroom on the third floor. In the Festival arc, Amane states to Nene that his younger twin was violent even at home. Even as supernaturals, Tsukasa showed an immense affection for Amane, only to be given traumatized or stunned expressions. There are times where Amane scolds Tsukasa but was unable to do any prolonging action. As a supernatural, he took on the rumor of granting people's wishes for a price, his location in the stall of the girl's bathroom on the third floor. As No.7 of the School Wonders, he is the leader of the Seven Mysteries and maintains the balance between humans and supernaturals of the school. Hanako saves Nene from the fish servants. Lured in by the rumors of Hanako-san of the toilet, Nene meets Hanako for the first time when she summons him for a wish after hearing the rumors of the seventh school mystery, but is initially shocked when she sees that Hanako is actually a boy and not a girl. Their fates become bound together after Hanako ingests a mermaid scale in order to weaken Nene's curse of turning into a fish after she wishes to be human again.

In return for granting her wish, Hanako makes Nene into his assistant and forces her to clean the toilets after school. Although Nene complains about the chore, she tolerates it as she is grateful for the times Hanako saved her from danger. Hanako also reveals that he looks forward to her visits every day as it makes him feel nostalgic and that he has a friend. During their first few days working together, Nene calls him Hanako-kun instead of Hanako-san for the first time, signaling the start of their close friendship. Hanako is occasionally flirtatious and teases Nene often. After kissing her on the cheek to cast a spell that temporarily wards Supernaturals away from her, he asks her to go out with him in order to lure out the confession tree, Kodama. Upon realizing that Hanako's confession was solely for the sake of defeating Kodama, Nene becomes upset as she thought he actually liked her and felt her feelings were being played around with. Hanako then sincerely apologizes to her, and Nene, while thinking that Hanako looked like any other normal boy, realizes how little she knows about him and begins to seek to know more. From then on, Hanako and Nene spend much of their time at school together solving problems caused by Supernaturals.

Nene tries to find out more about him while Hanako does his best to protect her. Despite not being human anymore, Nene has called Hanako her friend many times, which surprised others who are not very fond of Supernaturals. Nene learns about Hanako's original human identity as Yugi Amane from the memories she recalls after destroying Tsuchigomori's Yorishiro, a moon rock. Nene realizes for the first time that Hanako really is dead, which causes her to be awkward around him for some time. After giving him donuts, Nene decides to tell Hanako that he was "more trouble than it's worth," but that she will stick around him anyway because she likes Hanako as a friend. Hanako thanks Nene for her words, and he tells her that it was the first time a girl told him that she liked him. He begins opening up to her about his past, ending any awkwardness between them.

Potentially due to fear of Nene finding out more about his life or the fact that he didn't feel ready, Hanako tells Nene that he will explain more in the future and they make a pinky promise for her to stay as his assistant until that time comes. Hanako grows to care quite a lot about Nene, which is evident in the way his affection for her evolves as they spend more time together to the point where Hanako seems to develop feelings for Nene. He often hugs her and tries to be considerate about her feelings, especially if he hurts her, and he does his best to let Nene live a happily life knowing that her lifespan is very short. On the other hand, Nene deeply trusts Hanako and believes that he will always be there to help her. Nene also makes an effort to cheer up Hanako whenever he expresses his worries. After the severance, Hanako and Aoi sit together on a train to the far shore. Aoi asks Hanako what he likes about Nene. Hanako eventually answers that he like everything about her, confirming that he does indeed have feelings for Nene. Later, when the both of them escape the train after Teru attempts to exorcise Hanako, he asks Nene why she came for him and tells her she shouldn't have. Nene ends up slapping him out of frustration, shouting "I wanted to see the one I love! Is that so wrong?!" She ends up crying and hugging Hanako, to which he saddens.

Later on, while they sit together next to a building, Hanako apologizes, telling her that he didn't plan on caring for her this much, and that he understands that Nene would have never agreed to his plan considering that Aoi is her best friend. He explains he wanted to breathe life into her by his own hand, which makes Nene suspect he has feelings for her, and she attempts to get him to confess directly by playing dumb. Hanako refuses to do so and Nene panics, thinking that she misunderstood his true intentions like back at the confession tree. During her panic Hanako hugs her, stopping her in her tracks, and explains he never planned on seeing her again, but he was very glad he did. He gently leans into her and the two of them end up kissing, ultimately confirming their feelings for each other. Nene first meets Hanako's past self, Amane, while going through the doors that go to different dimensions and time. She is surprised but immediately shows concern to a bruised and injured Amane, dashing towards him and asking if he is hurt. Although Nene is first shown to meet Amane while time traveling to 1969, their very first meeting is in 1964, where she time travels after getting lost while attending a festival with Hanako and Kou.

There, Nene meets a younger Amane in the festival alone. She shows her concern about Amane's fate to the young Amane and tells him that she is always rooting for him and kisses his forehead, causing him to become flustered. Nene and the younger Amane enjoy the festival together and collect tags, where a complete set supposedly grant a wish. After learning about Amane's dream to become an astronaut, Nene gives him her tags and pleas for him to achieve his dream. She later leaves the festival and Amane, who received a strong impression from Nene, instead writes that he wishes to meet Nene again in the future and it is later implied that Nene was Amane's first love. Kou's more like a frenemy to Hanako. However, after witnessing his failed attempt at trying to exorcise him, he instead encouraged him after swiftly taking his raiteijou. After that, he comments it will bring a little more excitement, and that he has high hopes of Kou becoming a great exorcist one day. Hanako and Kou can go at it often, but they do share the similar care of Nene, and find themselves working together more often than not to help her out.

As Hanako is one of (and even the boss of) the 7 mysteries, Teru intends to exorcise him.

It can be shown that though they do have a frenemy relationship, they are friendly to one another and care for one another. One of the factors causing the frenemy is that both of them likes Nene. It was shown later when Kou was upset about Mitsuba's death and Nene asked Akane what to give him to cheer him up, he laughs and said midway that it didn't matter as he liked her anyways, Hanako however stops him and was shown upset and blush. As Hanako is one of (and even the boss of) the 7 mysteries, Teru intends to exorcise him. However, he decided to leave the case to Kou. In Chapter 10, due to Kou hesitating to exorcise Hanako, he immediately took the case to himself and tried to exorcise him. Like other supernatural, Teru sees Hanako with hatred, even goes as far as to describe him as "self-serving and violent". After Kou's persuasion, however, he stopped trying to exorcise him, leaving his case entirely to his brother as he stated that he didn't want Kou to hate him.

Hanako is clearly afraid of him from that memory, which is shown when he avoids older Kou in volume 6 due to him having similar looks to Teru. And also in the spin-off chapters where Teru appeared in the bathroom with his brother, Kou, to help "clean up" with Nene whilst Hanako insisted that Teru should leave because he's afraid of he might exorcise him at the bathroom at any moment. Tsuchigomori is one of the supernaturals who had a past history with Hanako. Tsuchigomori has been teaching in Kamome Gakuen since a very long time, living as a supernatural in the school. He was his teacher and cares about him. Tsuchigomori was deeply impacted by Hanako's ability to change his pre-determined future, resulting in the No.5's yorishiro being a lunar rock. Now with Hanako as the School Mystery Number 7, Hanako has command over the School Mysteries as a leader. They have a friendly relationship due to their shared past, though Hanako can intimidate Tsuchigomori into following his orders. As No.7 of the School Wonders, Hanako holds leadership over the other Wonders. Yako doesn't typically comply with his orders unless threatened (eg.