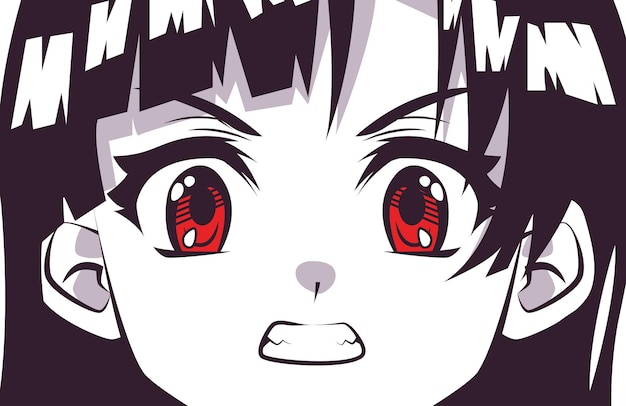 Even if it's impossible, I want to escape with everyone. Let's figure it out! I don't want all of us to die outside. But it isn't an option to leave them behind. I want Conny to be the last. I'll never let anyone end up like that again. If there's no place for humans to live, then let's make one outside. Emma (エマ, Ema?) is the main protagonist of The Promised Neverland. Caring and extroverted, Emma often proves herself to be one of the most reliable orphans and is often seen surrounded by friends. She is known for her incredible ability to learn, capable athleticism, and ample optimism. After her success of escaping Grace Field alongside Ray and 13 other orphans, Emma seeks to find William Minerva, whom she believes can grant her and her friends the liberty to live a safe and peaceful life away from the demons. Emma was born on August 22, 2034. She was sent to Grace Field House a year later in 2035. Under the parental care of Isabella and the happy times she spent with her fellow foster siblings, Emma had a happy childhood.

When the trio reached the gate, they all marveled what lies beyond the walls. During a snowball fight in the winter of January 2039, Norman fainted due to the low temperature and had to be quarantined within the orphanage's sickbay. Emma, ​​who cannot help to be isolated from her dear friend, sought to sneak into the sickbay and accompany him, but failed in every try as she was caught by Isabella consistently, who forbade her to stay near Norman in fear of how his cold might spread to her. In the end, Emma thought of interacting with Norman via a tin can telephone. Norman chatted with her and the other orphans merrily through the night. On November 2039, Emma and Norman persuaded Ray to not have his eyes stick to his book all the time. The two invited him to join them to explore the gate that encircles Grace Field House. When the trio reached the gate, they all marveled what lies beyond the walls. Emma asked the two boys what they each want to do once they left the orphanage, merrily saying how she wants to ride a giraffe outside, though Ray was dismissive of her idea. The three recalled how Isabella once warned them how they should never go to the gate or beyond the fence due to danger. The three went back the orphanage soon after. Emma is a young, fair-skinned girl of thin build who has emerald oval-shaped eyes and notably thin eyebrows. Her hair is a light orange color that is short and messy, sticking up at all angles around her head and worn parted to her right with a single longed lock curving upwards to one side from her parting, and another from the base of her neck.

Emma also wears a necklace ever since receiving it from Mujika.

Although not as prominent in the manga, it appears to grow darker the further down it goes, ranging from a pale yellow-orange to a darker shade. Like all the other children at the orphanage, Emma wore the standard uniform- a white shirt and skirt along with plain brown shoes. Her identification number, "63194", can be seen on the left side of her neck. During the escape from Grace Field House, she cut off her left ear to prevent Isabella from finding them, in which she wore a bandage to cover the wound. After arriving at Shelter B06-32, Emma stopped wearing the standard uniform, and instead adopting long black pants along with her white button-up. She also donned a white bow around her neck. Later on, she began sporting a black turtleneck with a long, off-white overcoat with several buttons. Emma also wears a necklace ever since receiving it from Mujika. The necklace is shaped like an eye, with the center being a globe-like feature, and the setting being golden. During the Goldy Pond Battle Arc, Emma begins braiding a small portion of the left side of her hair in order to conceal her missing ear. She uses a green clip along with two crossing yellow and blue clips to hold her hairstyle in place. Emma's outfit is substantially more colorful for the duration of this arc, wearing a red long-sleeved shirt, a cropped yellow jacket with green accents, and blue jeans.

By the time of 2047, Emma has grown much taller, being at least 160 cm. She begins wearing her white button-up, her black pants, brown boots, bow, and necklace once again. By the time of 2049 after arriving in the Human World, Emma grows even taller and develops a bigger frame. She begins wearing warm, fur-coats due to living in a very cold place. Since her past memories are gone, her farm identifier ceased as well. Emma is an extremely optimistic, loud, and cheerful girl full of life, whose athletic abilities and extroverted nature contracts directly to Norman's weak physique and Ray's introverted nature. Emma plays the part as an elder sister figure among her younger ones, and always shows unlimited love and care for her fellow foster siblings. When she discovered Conny's corpse and the truth behind Grace Field and Isabella, Emma underwent an emotional change and decided to never cry again and stay steadfast with her beliefs and decisions.

39;s way to protect her family and even strangers without any hesitation.

Following this event, Emma's desire to escape is fueled by her love for her family; refusing to leave anyone behind since she doesn't want her siblings to suffer the same fate as Conny, showing the compassion, selfless, and altruistic side of her. She is also shown to be very forgiving, as she doesn't think any less of Ray for being the "traitor", still embraces him as a friend, and sympathizes with him. According to Krone, Emma always thinks of others before herself, so much that she dilutes her chances to save herself by refusing to leave any of her family behind. She is also shown to be impulsive, brave, determined, and dauntless, as she willingly puts herself in harm's way to protect her family and even strangers without any hesitation. Despite being a perfect test-scorer and a very quick learner, Emma is noted to be silly and air-headed. Her goal of saving every orphan from Grace Field House was deemed as impossible, but she still believed she could achieve it, hence being called an airhead by Ray.

Additionally, her overt optimism and cheerfulness lead her to sometimes make important decisions by herself, such as cutting off her ear during the escape even though she didn't even mention it in the plan. But she starts relying on her friends and family more after being told to, and comes to learn and pick up knowledge from them. Despite having a very idealistic mindset and somewhat of a nave personality, Emma is extremely honest, has a very strong will, and refuses to give up no matter what obstacles she faces or how bleak the situation looks. She works hard and succeeds through sheer determination, to the point that Ray notes that defying the impossible is Emma's special trait. Emma often keeps a high-spirited and kind demeanor, but she can become serious if the situation calls for it, especially when it comes to the lives of the other children. When she feels that she or her family are threatened, she isn't afraid to show her intimidating side.

After finding out that Ray was a spy, she asked him if he moved up other children's shipping dates to figure out how to disable the trackers. He didn't answer, but she made it clear that she wouldn't tolerate it if he tried to sacrifice anyone else. After escaping from Grace Field, Emma gradually takes up the role of a leader, and will do anything to protect her family. For example, she becomes determined to learn about hunting and handling guns and rifles, and she apparently has "the eyes of a killer" when facing dangerous situations, according to Leuvis. Emma does indeed call herself a huntress, but not in the same way as the demons. She also got Mister to help them out upon arriving at the Shelter B06-32 by threatening that if he didn't, she and Ray would just blow up the shelter, all while bearing a cheery smile. However, Emma is also at times seen as being self-conscious and doubtful as to her position as the leader. Her greatest fear is making the wrong decisions and putting her family in danger and blames wrongdoings on herself. She also has trouble speaking her mind about how she truly feels and tends to bottle up her feelings. The only person she'll admit this to is Ray, however. Even after being encouraged to rely on other people, Emma will still bear her burdens alone and be selfless to a fault if it means that her family will be safe; she agrees on forgetting about herself, her family, and every event in her life so every cattle child could safely arrive in the Human World.

Emma is a peaceful person who prefers to talk things out rather than fighting, even when the other party is trying to kill her. Even though she despises most demons and the fact that they eat humans, she is fond of Mujika and realizes that demons have families and friends too, just like herself. Moreover, Emma is deeply uncomfortable with Norman's plan of committing genocide against the demons, as she is an emphasizing, determined person who never takes shortcuts or the easy way. Instead, she opted to reforge the "Promise" made 1000 years and enter The Seven Walls, a task which was seen as impossible, very reckless, and dangerous to people around her, to avoid killing all the demons. Taking daily tests, playing a game of tag, eating scrumtious homemade food, and having a good time - Emma went through the same routine every day in Grace Field House, an orphanage where she lived since the day she was born.