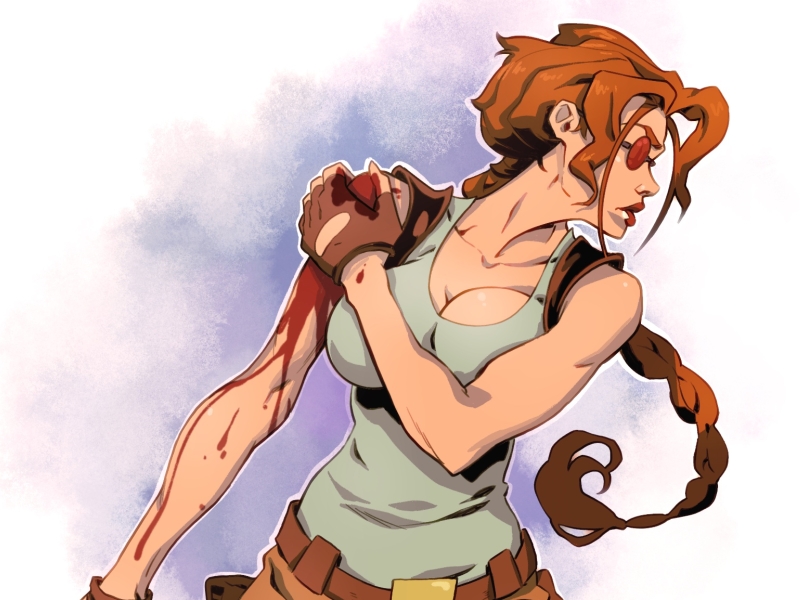 Nightwing took refuge in Arkham Asylum after the Magistrate killed his mentor, Batman, and started their no-mask initiative inside Gotham. Rallying the troops of the Batman Family, Dick organized a resistance, becoming the most feared enemy of the iron grasp of the Magistrate and Peacekeeper-01, driven by the sadness that he felt after a man who was like a father to him, Bruce Wayne, was murdered. After several clashes with the Magistrate, he decided to let them track him to Arkham, to lead them in a conflict on his home field. Meanwhile, the new Batman approached him, tired of being alone in the fight against the tyrants ruling Gotham, and asked him for membership inside the resistance. After accepting Batman's plea for alliance, he was attacked, like he wanted, by the Magistrate, with forces led by Captain Marks, better known as Peacekeeper-06. Two years later, Dick was part of the Teen Titans, leading them together with Starfire. He went on a mission with Emiko, to find a still functioning and intact H-Dial, and then came back to the Titans' secret safe house in the Queens, after Cybeast, the merged version of Cyborg and Beast Boy, came back with information about the retrieval of the Spear of Destiny, a key object to gather in the same place their enemies, the Four Horsemen of Apocalypse. Dick had some serious problem with how Starfire took decisions about the team, and so decided to follow his instinct: going down in their headquarters sub-basement, he freed a prisoner, a man who took on the mantle of Red-X after Dick renounced to that identity, to give him another possibility to correct a mistake. Donning the mask of Deathstroke, former nemesis of the Titans, Dick revealed he became the first Red-X to say out loud that the Titans were dead. He believed Starfire was leading this new team right to that destiny, and wished to stop her, together with his new partner.