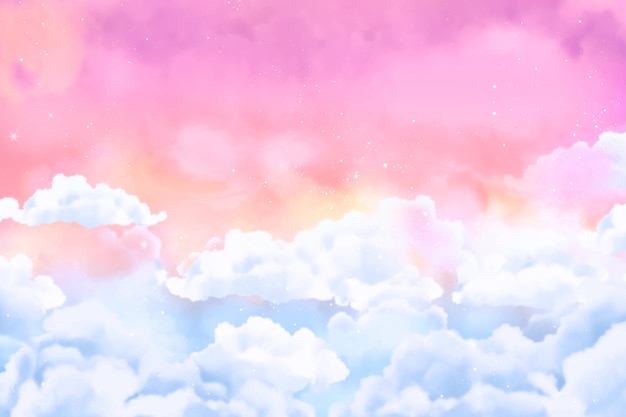 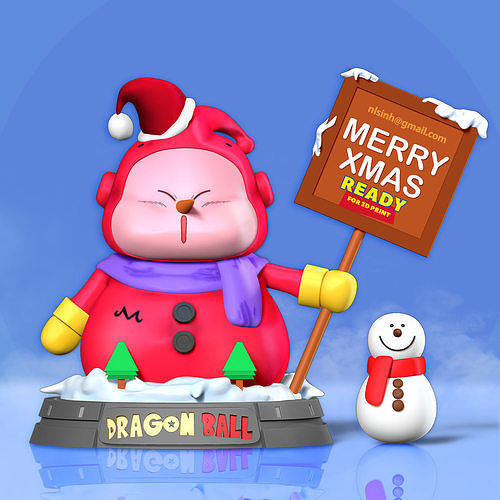 Even before her father was arrested, she was used to quietly accepting her loneliness within the home. When she went from being the center of attention at school to a "criminal", though, she grew more jaded. She still had a soft heart, but often put her guard up when people approached. This applied even to Kiana Kaslana. It was only after Kiana innocently bombarded her with requests for food (despite her lack of skill at the time) that she began to soften again. This would be the start of her love for cooking. When Mei became the 3rd Herrscher, Mei's Herrscher personality woke. Mei's Herrscher personality was originally very malicious and cold: viewing those lower than her as scum. Her Herrscher personality could not only feel her pain, but also her joy (along with her feelings for Kiana). The Herrscher personality was touched when Kiana caught Mei from the edge of the school rooftop.

She would often cook for their little family, including packing lunches for her friends.

However, both May and the Herrscher personality grew fearful of hurting Kiana and losing this precious bond. The Herrscher personality concealed herself within May to study Kiana in secret. At St. Freya, May often took the role of a caretaker-- for both Kiana and the rest of the group. She would often cook for their little family, including packing lunches for her friends. She was always a good student, which carried over to her time in St. Freya. She scored in the top 3 for the first written tests they had to take. Mei's Herrscher personality becomes kinder as time passes. She is willing to help Mei protect Kiana: fighting alongside Mei as Kiana's consciousness was overtaken by the 2nd Herrscher. Eventually, May grows tired of her powerlessness. She no longer wanted to watch Kiana getting hurt without doing anything. May chooses to act on her feelings for once. She ascends as the Herrscher of Thunder, and leaves for World Serpent.

Mei's personality then changes slightly. Despite being more cold and merciless than before, she is still kind. The only difference is that she has a new drive: the desire to protect Kiana. Even she admits that the fate that Ana Scharac and Owl suffered was not deserved, as she saw herself in Owl. She tries to keep a tough faade, but the concern she showed towards the two proves there's some empathy she can't help but show. When fighting the Herrscher of Domination she shows a more sadistic and taunting side, using the Herrscher's fear of her to her advantage-- purposely putting herself in the middle of their plans and significantly weakening them with her superior ability. Kiana was Mei's first real friend and helped pull her out of the darkness that loneliness brought her. When Mei awoke as a Herrscher, Kiana refused to abandon Mei or allow her to kill herself. Kiana promised Mei that she would protect her from the Herrscher within.

Mei truly cares for Kiana, and takes extra care in watching over her. She is always worrying about Kiana, and often stays with her to make sure she doesn't get into trouble. Kiana often declares her love for May in public, much to Mei's embarrassment. She reciprocates if it isn't an inappropriate time for it. When Kiana was captured by Schicksal, Mei could only think about how much she really cared for her. She specifically asked Theresa to disable the bomb next to her heart, despite the great fear she held for her power. Mei tried her best, but was ultimately unable to do anything against the Herrscher of the Void. The Herrscher added insult to injury by taking the Gem of Conquest away from her. In the wake of the incident, the disappearance of both Kiana and Himeko left a huge impact on May. She began to see herself as weak, and unable to protect her loved ones. May chased any sign of Kiana, but when they finally met in Arc City, Kiana refused to return, fearing that she would harm her friends. Mei was shocked, and suddenly felt like Kiana was a stranger to her now. She could only watch as Kiana risked her life yet again to save the city, and was intercepted when trying to catch her. Durandal beat her to it.

Mei fought with all her might, but failed to even scratch the S-Rank Valkyrie. She attempted to pursue her afterwards, but could only fall to the ground in exhaustion. She wept at her helplessness alone in the middle of the street. After days of searching, Mei found Kiana at the brink of death in Nagazora. Mei was unable to sleep due to her anxiety. Nevertheless, she put on a smile for Kiana, and didn't say anything when she realized Kiana had been lying to her about her wellbeing. After overhearing Kiana tell the doctors to kill her if they have to, she decided to accept Kevin's offer to join World Serpent. The final nail in the coffin was when Kiana blatantly said she didn't care if she died. May chased after her again, but eventually realized that she needed to fight. She embraced her Herrscher powers and emerged with a firm heart. Kiana refused to let her go with Kevin, and so they fought. It was in this fight that Mei was finally honest, and said that the world meant nothing to her if Kiana wasn't in it.

Kiana was unable to defeat the newly awakened Herrscher, and fell unconscious. Mei gently sat her against the rubble and left. Mei and Kiana ran into Bronya in Nagazora. Mei immediately took her under her wing as a little sister of sorts. She treated Bronya like a human, not a weapon. Bronya had actually been deployed to capture Mei after her awakening, but decided to join Kiana and Mei on their journey. While at first it was only to monitor the two, Mei's care opened Bronya's heart up. Over time, Bronya sincerely came to enjoy her company, and they peacefully lived their days at St. In the incident with the 4th Herrscher, Bronya was forced to capture Mei and Wendy. When the time came to face Kiana and the others, she asked them to take May and leave. Bronya burnt the biochip in her brain to give them the opportunity to escape. It impacted her enough to put her in a coma. Mei was devastated, and constantly fretted over her in the hospital. Despite learning the truth about Bronya, Mei still cares for her dearly. After the incident with the Herrscher of the Void, Mei and Bronya were separated, with Mei going to look for Kiana and Bronya heading for the underwater Anti-Entropy base. The two haven't interacted since.

Mei first meets Durandal in Arc City. When she desperately attempted to take back the unconscious Kiana, she was confronted with the S-Rank Valkyrie and lost. Durandal states that Mei's ability lacks in comparison to her will. Durandal then takes Kiana away. This moment begins a series of events that would place May on a path leading towards World Serpent. When the two meet again on Coral Island, they agree to work together against a common enemy. When the Herrscher breaks loose, Mei and Durandal work together to subdue it. The two are shown to have a mutual respect for the other's ability. The two meet as enemies, with Raven trying to kill Kiana multiple times. In Nagazora, the two begin an uneasy truce to deal with Benares and get the orphans out of the ruins. When the true ends the two battles. Raven at first believed that Mei is a weakling due to her losing her Herrscher powers, however Mei manages to muster strength from the residual power still within her. This turns the fight in her favor and Raven backs off to allow Mei to retrieve Kiana. Raven tells World Serpent that May could be a viable member. After Mei becomes a member, she suddenly treats Raven with as much coldness as anyone else. Even so, she is shown to worry about Raven when she is wounded by Owl. Raven is shown to trust May enough to go along with her secret plan. When the two are seen again in the Herrscher of Domination arc, they are much closer, with them stopping in at Raven's bar for a drink before visiting the orphanage together.

They also share personal stories during a car ride and a walk on the beach. Their trust in battle is also shown when they are both dragged into the Theater of Domination. On April 13th, 1997, Raiden Ryoma and his wife gave birth to Mei in Nagazora City (Honshu, Japan). A few years later, her mother died of cancer. The year she died is not specified. Later, her stigmata awoke, and Ryoma sealed it as best he could. Some terrorist organization kidnapped her in 2004, and it isn't clear how Ryoma got her back. May underwent 3 years of therapy afterwards. Otherwise, May lived a cushy life. Servants would prepare her lunches, everyone showered her in attention, and even with her father often gone for business, she had kendo lessons with Mr. HOMU (who was actually her father) to keep her busy. Life was beautiful. Then, all of a sudden, everything changed. Her father was falsely accused of embezzling funds by Cocolia, and was put in prison in 2013. Ryoma had told her a strong heart is what will get you through battle. She thought her heart was the strongest, but when everything collapsed before her very eyes, she knew she was wrong. The ME Corp assets were frozen, and she no longer had servants to help her get by. This is when Cocolia took over the corporation herself. At first, Mei's cooking was awful, as she had never cooked a meal in her life. This time, when she asked her classmates to sit with her, they rejected her. No one wanted to hang out with a "criminal's daughter" after all.

She realized that because she was no longer an heiress, no one cared about her. All their enthusiasm was for their own benefit. May found the Mr. HOMU costume in the training room, and realized her father had been training her all along. Alone, she could not handle the hatred threatening to engulf her. Then, Kiana Kaslana came into her life. Despite Mei being cautious towards this underclassman, Kiana managed to worm her way into her heart. She defended Mei from bullies, ate lunch with her, and gave her more than she had ever experienced before. May finally found a real friend. Kiana's enthusiasm for Mei's homemade lunch started a long love for cooking. Mei realized cooking was no longer simply to survive. Kiana told her it didn't matter what her father may or may not have done. She was May, and only May. The two found isolation in each other. They lived peacefully until the Gem of Conquest was stimulated in Nagazora in 2014. This gem awoke the hidden powers in Mei's stigmata long sealed away. The burst of Honkai energy that arose from her eruption turned almost every citizen into zombies.