'Shaman King' Part 2 & 3: Ending, Explained - Will Asakura Yoh Rejoin The Shaman King Fight? "Shaman King," an original Netflix series based on the popular manga series of the same name, created by Hiroyuki Take. Directed by Joji Furuta, the series has a total of 38 episodes now. There is an older version, directed by Seiji Mizushima in 2001, that includes mainly the early life of Asakura Yoh. The 2021 anime was released on April 1st and is an ongoing series that follows Yoh's ultimate battle to become a Shaman King. The series follows Yoh Asakura, a teenage boy, and his quest to become the Shaman King. 'Shaman King' Part 2 and 3 focus more on the competition as well as the past incidents that Yoh faced. New characters are introduced as friends and foes, and new teams are made to be pitched against each other in the battle. Difficult decisions arise amidst the carefree atmosphere between friends. In Part 1 of the series, a 13-year-old Asakura Yoh arrives in Tokyo as a transfer student. While being enrolled in the high school, he also trains for the Shaman King battle that is held every 500 years. In the meanwhile, he helps the spirit of Amidamaru overcome his grudge and become his spirit ally. He befriends Manta, and his fiance Anna is also introduced. Anna helps Yoh to prepare for the battle.

39;s teammates, however, torment Yoh and his friends in lieu of making Yoh stronger.

Tao Ren and his family is introduced as a formidable enemy. Eventually, they become friends, and all of them set out to fight in the Shaman battle together. It ends with them meeting Hao for the very first time. Asakura Yoh has now reached the village of Patch, where he has to face other teams to become the Shaman King. He makes new friends who have their own past. They have to create teams of three individuals to fight in the battle. Yoh's friends, Joco, Horohoro, and Tao Ren, form a team, while Yoh, Ryu, and Faust form another team. Lyserg joins the team of the XLaws. Hao's teammates, however, torment Yoh and his friends in lieu of making Yoh stronger. Yoh's father joins the battle after taking Redseb and Seyrarm into his team. Fights break out, and friends lose their lives. They are reincarnated, however, with a catch. Yoh has to face a very difficult decision of whether he will save his friend or whether he will no longer participate in the upcoming battles. What Happened To Matamune?

Hao expressed the wish to wipe out all human existence after becoming the Shaman King.

In Episode 30, while retrospecting Asakura Yoh's past and his reason for becoming the Shaman King, the anime introduces the character of Matamune. A Neko, or cat spirit, Matamune was the spirit ally of Asakura Hao, the main antagonist. After he made Matamune his spirit ally, Hao gave Matumene a bear-claw necklace with some of his spirit power imbued into it. Even though he was his spirit ally, when Hao turned evil due to the dreadful circumstances he faced, Matamune defeated Hao to restore peace. Hao expressed the wish to wipe out all human existence after becoming the Shaman King. In the Shaman King battle that took place 500 years before the present timeline, Matamune defeated Hao with the help of the Asakura family. Matamune returned to help Yoh and Anna in the present timeline after wandering the earth in search of atonement. His belief that he drove Hao into the depths of madness made him unable to rest.

Matamune believed that his loss of trust in Hao served as the last straw before Hao turned to destroy the world. He stayed with Yoh, sharing his immense knowledge and giving him advice. He accompanied Yoh to meet Anna, Yoh's fiance. However, during a fight with a demon conceived due to the repressed emotions that Anna had, Matamune exhausts his remaining spirit power. His spirit remains in the beer-clawed necklace that was passed on to Yoh, but he could not return to his cat form anymore. The bittersweet episode ends with Yoh promising Matamune that he will be strong enough to summon him again and a poem by Matamune that left a few tears. He also leaves Yoh with a piece of advice: "to always follow your heart."This stays with Yoh and helps him decide his course of action accordingly. Matamune still exists in his spirit form, but it will be a long time before he is reintroduced. Is Asakura Yoh's Father, Asakura Mikihisa Alive? Asakura Mihikisa is Yoh's father. He is an ascetic monk who took Redseb and Seyrarm under his wing and formed a team with them in the Shaman King fight. However, Mihikisa was injured after a battle with the Golem. This is a battle robot created by Camel Munzer and was run by Redseb and Seyrarm, his children.

Before falling unconscious, Mikihisa sends his spirit allies to signal Anna and Yoh. 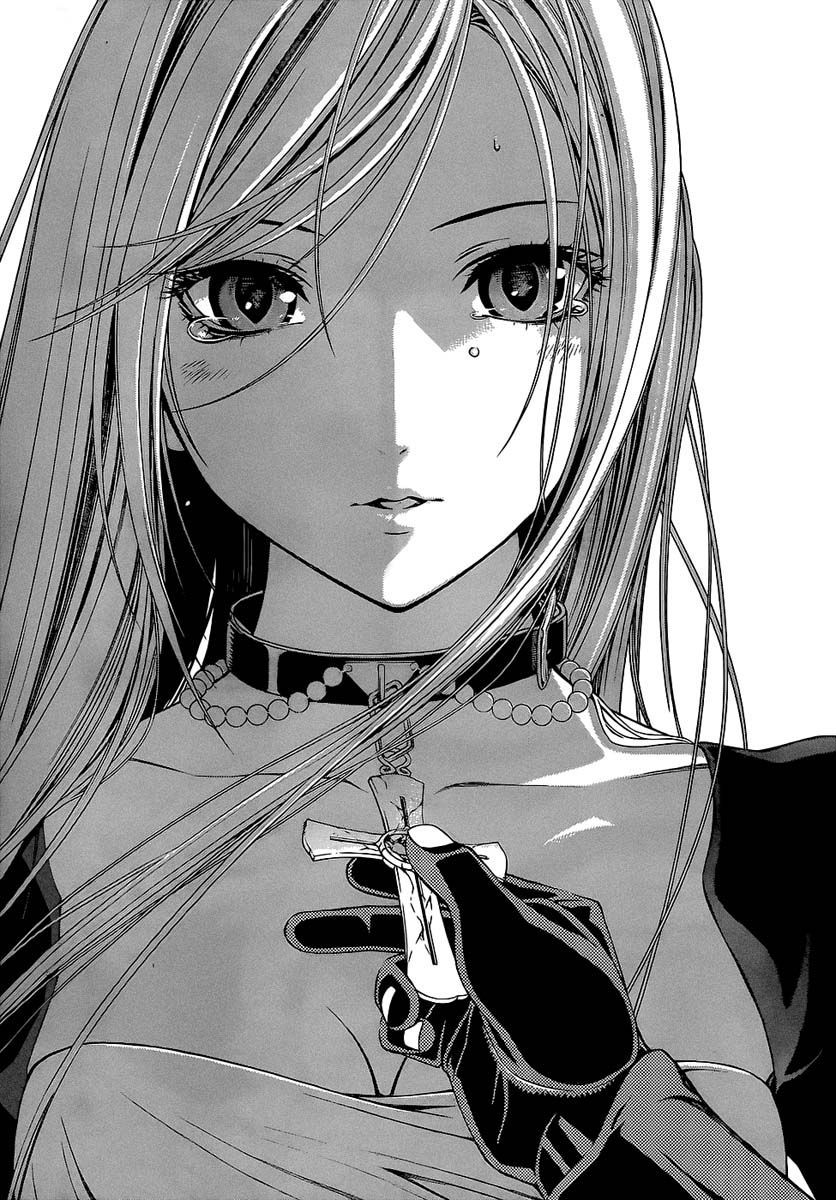 Redseb and Seyrarm lost their father on Christmas. He was killed by Joco, who later became Yoh's friend. Joco was a troubled youth who had witnessed his own parents' deaths. He later followed in the footsteps of a murderer to seek revenge. During this time, he killed Camel. Later on, he met with his teacher that day, who taught him to be a Shaman and also advised him to live his life with laughter rather than chasing vengeance. Redseb and Seyrarm, upon knowing that it was Joco who had killed their father, set out for retribution. Seyrarm, who was possessed by her father, operates the Golem in a frenzy, injuring Mikihisa, who was trying to stop them. He was left bleeding in the grounds before they had moved on to secure their target, Joco and his friends. Before falling unconscious, Mikihisa sends his spirit allies to signal Anna and Yoh. Joco is killed by the Golem and brought back to life later by his teacher's spirit helping him.

Joco, on the other hand, chose to give up his vision as a form of redemption. The Golem is ultimately defeated by Hao, who wanted Yoh to be stronger. During the ending scene of this episode, Mikihisa is shown snoring and fast asleep. Due to him being an ascetic monk, Mikihisa can easily sleep in peace outside, wearing just a pair of shorts. During a fight with Hao's minions, Tao Ren loses his life. Nichrom, the younger brother of Chrom, who had been killed by Tao Ren out of spite for just entering the battle previously in 'Shaman King Part 1,' was spectating the fight, being a Patch official. Horohoro and Joco try to help out and avenge their friend. They get brutally defeated by Hao's minions because of the huge difference in their spirit power. On reaching the scene with his other friends Faust and Ryu, Asakura Yoh finds Ren's dead body and his soul barely holding on. Yoh decides to seek help from Jeanne, the Iron Maiden, who is the leader of the X Laws. Jeanne has a warped sense of justice.

Yoh was successfully convinced by Opache and his own friends to rejoin.

According to her, she deals with justice in terms of evil and good. She leads the group called X Laws, with the captain being Marco Lasso, and other members who are ready to die for their cause. Lyserg Dietel, a friend of Yoh's, was the latest addition to the group. Marco and Lyserg accompany Jeanne and Manta, who is Yoh's first friend after Matamune, to save Ren's life. However, to save Ren, Asakura Yoh had to sacrifice his participation in the Shaman battle. Jeanne had set this condition in place of getting rid of competition as well as "evil" because Yoh is Hao's twin brother. Yoh easily gave up his spot to save his friend. After Ren was resurrected by Jeanne, Yoh had already given up the competition. Hao sent Opacho, a baby he had adopted from South Africa, to convince Yoh to rejoin the competition. Meanwhile, Ren's spirit power had increased due to this experience. Yoh was successfully convinced by Opache and his own friends to rejoin. He then set out to fight for permission to participate from Jeanne and the other XLaws.

Will There Be A Season 2?