» » Who Created the First Anime

Japan drawn by hand as well as using computer technology. The word anime stands for animation in English, which refers to all types of animation. Outside of Japan, this term is used specifically to describe any animation produced in Japan. However, it is possible that anime could be produced outside of Japan. Some experts argue that anime is a new form of orientalism. The first anime to achieve widespread popularity was Ozamu Tezuka's Astro Boy in 1963. Currently, anime has developed greatly compared to the anime of the past, with graphics that have developed to a more interesting and exciting storyline. Japanese people, from children to adults, are very enthusiastic about watching anime and reading manga. They consider anime as a part of their life. This is what makes some cable television famous for its cartoon films, such as Cartoon Network and Nickelodeon which export their cartoons. Now anime is a lucrative business for some people, and many people are taking advantage of this to be abused. Anime creators are called animators. The animators work in a studio to produce an anime. Inside the studio, there are several animators who work together to produce a quality anime. Unfortunately, however, the salaries of these animators are low compared to their hard work. This makes the animators reluctant to work professionally. 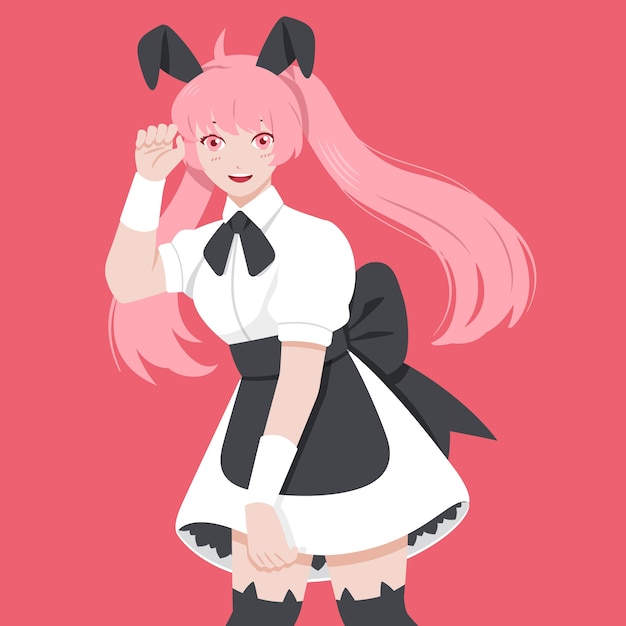 They feel it is not worth the effort they have put in. These animators are often called "shadow artists." Because they work like an artist who tries to put forward the elements of the story and its intrinsic elements. Piracy also makes it difficult for animators to fully benefit from their hard work, although there are also "gossips" that say that there are anime producers who distribute their work outside of official trade channels in order to further popularize their work. Some people who go to Japan to learn about making anime are interested after seeing various anime that have spread to various parts of the world. There are also those who make similar works or maybe even imitate anime characteristics, for example South Korea and several other Asian countries. Computer graphics technology and so on have made it easier to make anime today, because there are those who think that the artistic quality is lower than the anime of the past. It's just that it should be noted that the picture quality is even more comfortable to see and easier to understand because the picture is more proportional and the colors are clearer, plus the presence of high-definition technology. Anime is a form of art, but it is misunderstood as a genre. In Japanese, the word anime refers to animation formats from around the world. While in English, anime (/ˈænəˌmeɪ/) means "Japanese-style animation" or "animated produced in Japan". The word anime appears in written form in three katakana characters a, ni, me (アニメ) which is an absorption from English "Animation" and is pronounced as "Anime-shon". Rush, Amanda (July 12, 2013). "FEATURE: Inside Rooster Teeth's "RWBY"". O'Brien, Chris (July 30, 2012). "Can Americans Make Anime?". The Escapists. The Escapists. Fakhruddin, Mufaddal. "'Torkaizer', Middle East's First Anime Show". Art Gallery New South Wales. Poitras, Gilles (2000). Anime Essentials: Every Thing a Fan Needs to Know. Ruh, Brian (2014). Stray Dog of Anime. New York, NY: Palgrave Macmillan. This anime and manga-related article is a stub. You can help Wikipedia by expanding it.