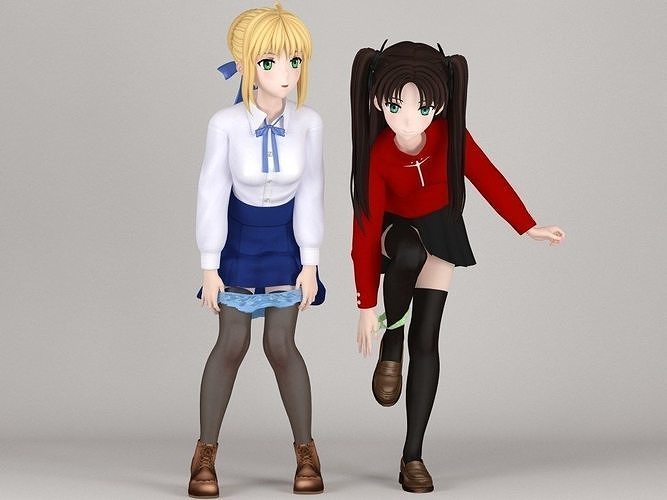 Ancient Map of Manjiro Nakahama's travels around the world. May is Asian and Pacific Heritage Month. But where did this tradition come from? In the 1970's several proposals were made to Congress to officially recognize the many contributions that Asians have made to this country's history. It was finally approved in 1978 when President Jimmy Carter signed House Resolution 1007, which made the first week of the month of May a period of remembrance for Asian Americans. However, it was not until 1990 that President George HW Bush extended this to a full month. In the middle of the 19th century, Japan was practically closed to the rest of the world, allowing only the Portuguese, and thereafter the Dutch to set up a trading post on the mainland. American ships were strictly forbidden from entering Japanese waters or ports and likewise, Japanese sailors were forbidden from leaving on pain of death.

The Japanese Empire was almost entirely isolated from the West. In early 1841, Manjiro was 14 years old and worked on a fishing boat from his village of Naka-no-hama. Because of a violent storm, the ship was destroyed and a few of the men, including Manjiro and four of his friends were sent adrift on a small lifeboat almost 300 miles off-course from main shipping lanes in the Pacific Ocean. The outlook was bleak, but they subsisted on raw mackerel and by drinking the icicles that formed on their clothes at night. After some time, they reached a distant island but it was too small and too far out of the way to be of much hope. Despite the extremely difficult conditions, Manjiro, his four friends, and the remaining crew managed to survive for five months on that deserted island by eating birds and fish. It was during the summer season that an American whaling ship, under captain William H. Whitfield, happened upon the island to look for turtles and fresh water. Manjiro swam out to the ship and they were rescued.

They took the remaining Japanese sailors back to Honolulu. They could no longer return to Japan, so they had to stay there, but Manjiro requested to stay with the ship and was permitted to do so. Though a young boy, Manjiro was both ambitious and a hard worker and was welcomed on-board. At the end of the season, captain Whitfield started on the long voyage back to his hometown of Fairhaven, Massachusetts. As there was no Northern passage that had yet been discovered, they first sailed South to Cape Horn rounding South America before the long trip back North to Massachusetts on the Atlantic side. Manjiro proved to be a quick study during this voyage and became adept at both whaling and shipping. The trip took two years. On May 7, 1843, captain Whitfield finally sails into the harbor of New Bedford, Massachusetts and Manjiro becomes the first Japanese person to set foot in the continental United States. Manjiro joins captain Whitfield's household and is adopted under the name John Mung. Manjiro attends Bartlett's Academy in Fairhaven for the next two and a half years. On May 15th, 1846 Manjiro is recruited onto a new whaling ship called the Franklin. This time they sail East and round the Cape of Good Hope around Africa into the Indian Ocean and eventually into the South China Sea. They trip takes two years until they finally arrive in Honolulu in September 1848. He is briefly reunited with his friends who are still living there, but they have now decided to stay there so he returns to the ship.

Manjiro begins to long for his home in Japan and needs a way to finance his return.

The Franklin leaves shortly thereafter making its way to the Philippines where the captain of the ship became ill and unable to continue as captain. The crew appoint Manjiro as First Mate and the ship continues its long voyage back through the Indian Ocean, around Africa and then back up the Atlantic back to Massachusetts. It is largely due to Manjiro's skills, his perseverance, and his strong leadership that the return voyage is a success. Manjiro becomes the first person of Asian descent to command an American ship. The Franklin sails into New Bedford in September 1849, after three years and four months at sea. Manjiro begins to long for his home in Japan and needs a way to finance his return. He heard that gold was found in California, so he boarded the Stieglitz, a trading ship bound for Shanghai, but that would first make its way up the West coast of the Americas. The ship made a stop in San Francisco, then still a small trading town with dirt roads. Manjiro disembarked and made his way to Sacramento and into the mountains. The Gold Rush had started a year before and life as a prospector was not easy. Competition was fierce. There were thieves, loan sharks, gamblers, and charlatans along the way. Then there was the harsh conditions of living off the land, not to mention the treatment that Asians, even those who could speak English well, were treated.

But none of this deterred Manjiro - he had come to know physical hardships well. Manjiro began panning for gold and with hard work and perseverance he was able to find over $600 in gold nuggets. This was a tidy sum in those days and would be enough to make his way back to Japan. By the end of the Summer of 1850, Manjiro left California again on a trading vessel on his way back West across the Pacific. In October 1850, Manjiro arrived in Honolulu and once again visits with his old shipmates, now comfortably settled there. He convinces two of them, Denzo and Goeman, to return to Japan with him. With help from others, Manjiro manages to purchase a smaller ship, appropriately called The Adventurer, and loads it with gifts from America. Because Manjiro's ship is smaller, it is not suitable for such a long voyage, so they decide to have it stowed by a larger trading vessel bound for Shanghai. Manjiro works as a crewman on the larger ship to help defray the cost of the voyage. Manjiro was also tasked by the consul of Honolulu to carry a letter of friendship to the Japanese authorities and requesting kind treatment of refugees.

As such, this voyage would also become Manjiro's first diplomatic mission. When the larger ship reached Okinawa, the official trading port for foreigners, Manjiro makes landfall onboard The Adventurer, and starts the local people. He and his friends are immediately arrested and interrogated by the authorities. The Adventurer and all its contents are confiscated. Manjiro does not give up hope. After being incarcerated for 7 months, Manjiro is able to make an appeal to the Lord of the city. During his appeal, the information he presents is considered valuable to the magistrates and the crew is finally set free. Manjiro returns to his fishing village of Naka-no-hama and is reunited with his family after 12 years of absence. The entire village is astounded at the return of Manjiro and they throw a big welcome celebration. Word travels of his many adventures, his trip to the United States, and his good fortune in having returned safe. In October 1852, Manjiro is summoned to report to General Yamanouchi, one of the most powerful military commanders under the Tokugawa Shogunate. The general wanted to know about his voyages abroad. Because this information is deemed of military and strategic importance, Yamanouchi elevates Manjiro to the rank of Samurai, an astounding improvement over a mere fisherman's son. It is at this time that Manjiro chose to give himself the surname of Nakahama, in honor of his home village. It is the name he is historically known by.

Manjiro is henceforth tasked with teaching language, humanities, and geography to other samurai. It is during this time that he begins to translate English books into Japanese. Many of these books help contribute to ending Japan's isolation and ushering in the coming modernization of the country. It is also during this time that American warships under Commodore Matthew Perry appear and begin to pressure Japan into opening. A National Emergency is declared and Manjiro is sent to Perry to negotiate. He urges the Japanese authorities to end their policy of isolation and the crisis is resolved. On March 31, 1854, the Treaty of Amity and Peace is signed between the empire of Japan and the United States. Japanese isolation from the world. Manjiro is remembered as having heavily influenced these decisions. With renewed trade, Japan begins a rapid period of growth after 1854. Manjiro is instrumental in helping Japan develop its navy during this period. He designs Japanese ships and teaches navigation. He influences the diplomatic decisions of the Japanese government and helps train naval officers.

He also teaches English to the Japanese and continues to translate American and British books to Japanese. For the first time in its history, Japanese diplomats are sent abroad. Citizens are sent abroad to study engineering, military science, and medicine. A delegation is sent to Europe during the Franco-Prussian war and an important relationship is forged with Germany, one that would prove fateful in the 20th century. Photograph of Nakahama Manjirō (1827-1898), ca. In 1870, Manjiro made a second trip to the United States. It is a personal trip and he goes back to Fairhaven to visit his foster father, retired captain Whitfield. It is a long trip, but this will be the last time they see each other. The trip carries some risk. Back in Japan Manjiro's loyalty to the empire is already being questioned by more conservative factions in the government. Nevertheless, this is a risk he is prepared to take. Upon his return to Japan Manjiro is reprimanded by the government and is henceforth viewed with suspicion.