» » Which Isekai Is The Best

Isekai anime tends to be both imaginative and fun with loads of heart. The isekai genre focuses on characters that are transported to other worlds and must find a way to survive while usually completing some kind of mission or quest. The entire premise of the genre allows for action, introspection, personal growth, and fantastic animation. Many anime that fall into the isekai genre are released every year with some of them going on to be utter classics. The sheer number of anime classics that reside in this genre are too numerous to count. Due to allowing creators to let their imaginations run wild, the isekai genre is fertile land for some of the best storytelling in all anime. Updated on August 14, 2022 by Mark Sammut: The Summer 2022 is roughly halfway through, and the season is jam-packed with isekai. There are plenty of returning and new shows to keep people busy, and they cover a decent range of subgenres to ensure there is something for everyone. Still, if the currently airing series fail to scratch someone's itch, they can always turn to the best isekai anime ever to get their fill of otherworldly adventures. Isekai loves an overpowered protagonist who can blast through skyscraper-sized enemies while barely breaking a sweat.

When the goddess Ristarte summons Seiya to help her save a world on the brink of annihilation, she gets a hero who is only willing to dive into threatening situations when victory is 100% assured. Basically, this means a lot of training and taking absolutely no chances during battles. Cautious Hero: The Hero Is Overpowered but Overly Cautious is a mostly lighthearted adventure built upon the love/hate dynamic between Seiya and Ristarte. Driven primarily by humor, the anime uses its protagonist's unique mindset to produce comedy gold. On the surface, Grimgar: Ashes and Illusions seems like any other game-themed isekai anime: teenagers wake up in a strange world constructed on MMO tropes and they must get by. The thing that separates Grimgar from most other shows is that while the world might pull from MMOs, it is not governed by their rules. Minor threats in other anime can be deadly in Grimgar, and death is not something that can be just waved off. Grimgar moves at quite a lethargic pace, focusing more on establishing its quite big cast of characters as it (harshly) eases them into its world. Released right at the turn of the century, Now and Then, Here and There is the ideal option for anyone who wishes to take a break from isekai power fantasies.

An ordinary boy, Shuu meets a mysterious girl, gets whisked away by terrifying monsters to a desolate reality, and then spends roughly the next 13 episodes going through hell. Now and Then, Here and There is a character-driven anime, and its focus goes beyond just the main characters. The 1999 isekai series does a splendid job exploring its roster of unforgettable personalities, and it accomplishes an incredible amount considering it is a single cour anime. The Rising of the Shield Hero's reputation declined as its first season progressed, and the sequel only exasperated matters. Naofumi Iwatani is summoned to a fantasy world to serve as its shield hero, only for the protagonist to be falsely accused of a crime and then shunned. Although far from subtle, The Rising of the Shield Hero's opening few episodes are purposefully infuriating and gripping. They also suggest this is going to be a more mature and darker than normal isekai anime, something the series doesn't fully live up to later down the line. Even though this anime is divisive, those seeking a power fantasy-style show can do much worse than The Rising of the Shield Hero. A beloved classic that helped introduce countless children to the exciting world of anime, Digimon Adventure is not commonly cited among isekai shows, perhaps because most people watched it before they were familiar with the term. While the show spends a decent chunk of time in the human world, Digimon Adventure predominantly revolves around the DigiDestined's time in the Digital World. Focusing on the original series, Digimon Adventure has aged shockingly well.

39;s aftermath, decides to send a group of soldiers into this new world.

The anime confidently blends action, drama, humor, and character development to craft an epic journey that continues to be celebrated more than two decades following its end. Digimon Tamers is also fantastic but the main characters spend far less time in the Digital World than Tai and company. A gate to a fantasy world appears in Japan, causing an all-out war to break out between the invading Empire and the JSDF. The latter manages to repell the opposing forces and, in the battle's aftermath, decides to send a group of soldiers into this new world. One member of that party is Itami, an otaku who eventually befriends a trio of girls who slot into fantasy archetypes. GATE is an entertaining anime that tells both a standard and reverse isekai story. Itami is nothing more than a decent protagonist, but he is aided by an absolutely massive roster of secondary characters. His harem is filled with lovable personalities, and they make the show what it is. 19 Yes Boy Kongming! The most pleasant surprise of Spring 2022, Yes Boy Kongming!

The eponymous character refers to a strategist from China's Three Kingdoms period, and after passing away in his era, Kongming reincarnates as himself in modern Tokyo. If that was not strange enough, Kongming becomes the manager of an aspiring singer, Eiko Tsukimi, and uses his brilliant mind to help her grow her following as she pursues her dream of super-stardom. Yes Boy Kongming! exudes positive energy out of every frame, with the two leads fostering a heartwarming relationship that brings out the best in both of them. Silly as the premise is, the anime takes its characters and the idol world seriously, in turn encouraging the audience to invest emotionally in Eiko and Kongming's journey. Also, the OP is incredible. A classic anime, Magic Knight Rayearth is much more than meets the eye. Three school girls are teleported to Cephiro, a world that emphasizes a person's will, and they quickly find themselves on an adventure to rescue a princess. In its early hours, Magic Knight Rayearth plays things relatively safe, delivering a lighthearted action-adventure narrative with quirky characters, exhilarating fights, and amusing villains.

As things progress, the anime becomes gradually darker, a change that works in the show's favor. Although they start out as somewhat stereotypical, the three leads develop quite a bit, particularly in the second season. Bringing together a who's who of historical figures, Drifters is a bloody and gloriously outlandish isekai series that does wonders with its absurd premise. Essentially, important figures from history are dropped into a fantasy world to duke it out as either Drifters or Ends. Drifters act as a resistance force against the Ends' oppressive regime, leading to plenty of awesome moments such as Toyohisa Shimazu facing off against an insane Jeanne d'Arc. Drifters' short run does somewhat hurt its appeal as the story is far from complete, but the available content is top-notch. There is nothing wrong with escapist fantasy shows; anime serves as a great way to briefly leave behind reality and enjoy a wild adventure free of much in the way of tension.

Isekai has proven to be ideal for this format, but there are a couple of shows that go against this structure. Ascendance of a Bookworm's Urano Motosu is a book lover who finds herself reincarnated in the body of a poor and fragile young girl called Myne in a fantasy world with clear social class division. As she doesn't have access to books, Myne decides to make her own. Ascendance of a Bookworm tackles complicated themes in a refreshingly mature way, while also presenting a likable protagonist driven by a unique desire seldom touched upon in anime. Based on the popular novel series by Fuyumi Ono, The Twelve Kingdoms is a phenomenal piece of storytelling. While the novels focus on multiple kingdoms inspired by Chinese Mythology, the anime narrows it down to just the kingdom of Kei. This allows for a more in-depth look at the kingdom itself and the main character Yoko Nakajima.

Yoko is a very likable protagonist and her challenges are real enough to captivate fans from many diverse backgrounds. Arguably the most well know isekai series, Sword Art Online has quite a polarizing reception, a trait worsened by overexposure. SAO is named after an in-universe game that, one day, traps all of its players within its world. From there, the story revolves around Kirito, a powerful black knight-type character who forms a charming dynamic with Asuna, along with a myriad of other (female) characters. SAO has its share of issues, and some seasons are certainly better than others, but the anime's popularity speaks for itself. Along with the main show, Sword Art Online Alternative Gun Gale Online is a very good spin-off. Directed by Mamoru Hosoda, The Boy and the Beast tells the touching tale of two outcasts who come together and then spend the best part of an hour yelling at each other. Ren, a kid abandoned by his family, follows Kumatetsu, an immature beast, to a secret city called Shibuten that exists beyond the gaze of humanity. Due to their stubborn natures, Ren and Kumatetsu take a long while to warm up to one another, but they also can't help but strike a special bond. The Boy and the Beast is a generally gorgeous film that touches upon some interesting themes and has a great protagonist in Ren. The second hour might feel a bit rushed and concludes with a somewhat unsatisfying final act, but the rest of the movie is strong. Sunrise's The Vision of Escaflowne was awesome when it came out in 1996 and age has done very little to dull its appeal. 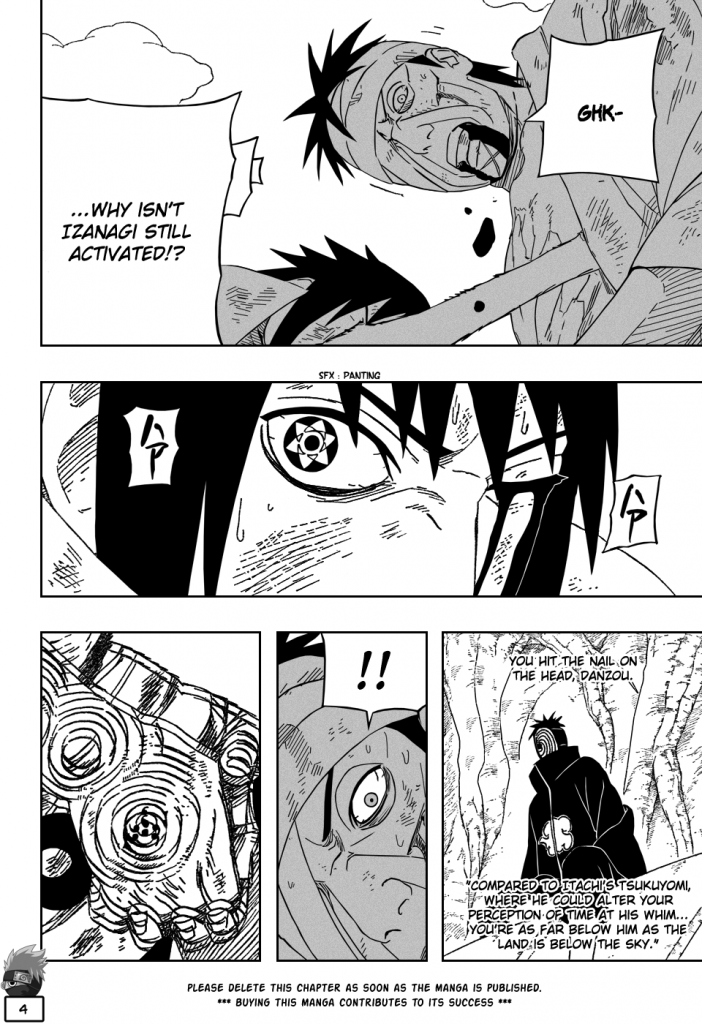 Hitomi Kanzaki finds herself in a strange world called Gaea that has mecha, immaculate architecture that feels both familiar and alien, and a lot of political intrigue. She also meets a prince, Van Fanel, who initially comes across as bratty but eventually proves to be far more nuanced. Hidden depth is a staple of nearly all the main characters. The Vision of Escaflowne balances multiple genres as it tries to cater to both male and female audiences. The isekai anime offers action, adventure, and romance; more importantly, it juggles these elements incredibly well. The animation, while clearly of its era, is also consistently fantastic. 11 Welcome To Demon School! Iruma Suzuki is the unluckiest 14-year-old ever, and his fortune appears to take a turn for the worse when his parents sell him to a demon. To his surprise, Iruma finds that life as the grandchild of a demon school's principal is far better than it sounds; in fact, it is kind of awesome. Still, as a human living in the Netherworld, Iruma has to convincingly portray a demon or he might find himself as somebody's dinner. Welcome to Demon School! Iruma-kun is a well-rounded shonen story that successfully delivers action, comedy, romance, and adventure. Iruma is likable, and he is backed by a stellar roster of characters that all bring something unique to the show. Mushoku Tensei aka Jobless Reincarnation is the story of one unnamed 34-year-old homeless man and how he reincarnates in a fantasy world. From the beginning, the show sets itself apart by showing a man at the end of his rope that hopes to do one good thing before his life is over.

TagsWhich Isekai Is The Best