» » Which Is The Best Arc In Naruto 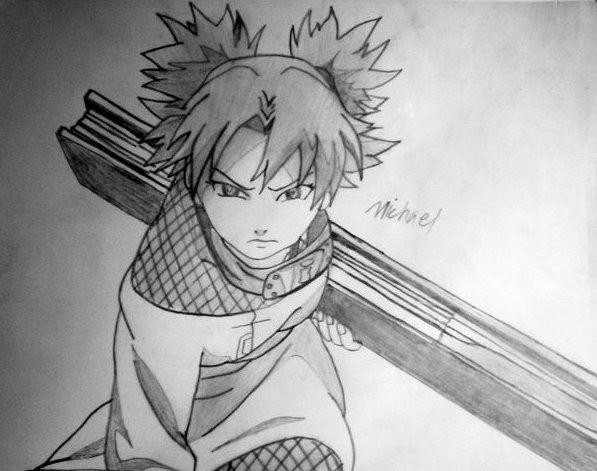 The anime of Naruto shines some light on Japanese ninja culture to the whole world on a large scale. Naruto's fanbase is one of the largest out there. Its fans are not just anime geeks, but also individuals from all demographics. It is crazy how famous this series actually is. Of course, the story, characters, animations, and crazy fights all contribute to the greatness of this work. With every arc, Masashi Kishimoto engages us in the journey of his characters in a wonderful way. Although many fans complain about the anime series being full of filler episodes, Naruto still provides amazing arcs that are real masterpieces. After encountering his big brother Itachi in the Leaf village, Sasuke concludes that he needs to gain more power no matter what the cost is. Instead of continuing his training in the Leaf Village, Sasuke decides to join Orochimaru who promised to make him stronger than he could imagine. This easy shortcut lures Sasuke into Orochimaru's trap. And while trying to get out of the Leaf Village, Naruto and the rest of his friends try their best to catch their friend Sasuke and convince him to stay. However, this was not an easy mission. With Orochimaru sending the powerful Sound Four to escort Sasuke, Naruto and the rest face their greatest challenge at the time. This forced the group of young ninja to break out their strongest techniques in order to survive an uphill battle.

After centuries of fighting against each other, the Five Great Nations finally came into agreement.

This arc is the true manifestation of not giving up. In the middle of the fight with Madara, and after finally cornering him, Black-Zetsu betrays Madara only to revive a more powerful monster. Kaguya Otsutsuki is the mother of all shinobi and the most powerful creature in this series. If one of the Nine-Tailed Beasts has a tremendous amount of energy and power, imagine the power of all of the Nine-Tailed Beasts being overpowered by one creature. However, this didn't stop Naruto, Sasuke, and Sakura from fighting and actually defeating Kaguya. This fight is a demonstration of raw power, intelligence, and teamwork in a multidimensional universe. Going old school a bit, the Search for Tsunade arc is a total classic. After the death of the 3rd Hokage, the Leaf Village needed a new leader. Therefore, they entrusted Jiraya to go find Tsunade who was their best candidate. In a mixed mission of both search and training, fans witnessed one of the best journeys of Naruto and the old pervert, Jiraya. This arc also featured one of the rare fights between the Legendary Sannin of the Leaf Village. It was a fight where Naruto proved himself to Tsunade and everyone else, while emphasizing on his willingness to become the Hokage. After centuries of fighting against each other, the Five Great Nations finally came into agreement. With one enemy in common, threatening the peace of the world, the Five Kage organize an urgent meeting to discuss the details of their alliance. Together, the Five Great Nations agree to share information about the Akatsuki and to deal with the threat.

But, the real surprise is when Obito showed up to declare war on the Five Great Nations.

However, not everything goes that smoothly. On one hand, Naruto faces the Raikage and tries to beg for forgiveness on behalf of Sasuke. And on the other hand, Sasuke and his team disrupt the summit and cause even more trouble. But, the real surprise is when Obito showed up to declare war on the Five Great Nations. Sasuke's burning desire to take revenge and Naruto's will to get Sasuke back to the Leaf Village are two dilemmas that bothered the fans of this series since ever. Sasuke, finally, fights his brother after years of search and obsession. In an incredible show of power, technique, and visual delusion, Sasuke finally gets to kill Itachi. The truth about the Uchiha Clan is revealed along with the reason behind Itachi's actions. The fans discover that Itachi is in fact a hero who secretly saved the Leaf Village more than once. Although away from the village, Itachi did his best to keep an eye on his little brother and the whole village. However, the end of one problem is just a mere beginning of a new one.

Sasuke's hatred never gets resolved, and the revenge he was carrying for his brother is now unleashed on the Leaf Village if not the whole world. The organization of Akatsuki played a huge role in shaping the story of Naruto. On one hand, they were the main reason that brought the Five Great Nations on the same page. On the other hand, the Akatsuki were the main villain organization that gave the heroes a reason to fight and develop. In this arc, Masashi Kishimoto focused on the mission of team 10 and the backstory of Sarutobi Asuma. Kishimoto also gave detailed accounts of the members of the Akatsuki. However, this arc was marked with a tragic end that moved the hearts of the fans. The history of Naruto's world is marked with Four Great Shinobi World Wars, three of which were between the Five Great Nations. The main reasons behind those wars were conflicts over resources, lands, or political issues. However, the Fourth Great Shinobi War saw a remarkable change.

In addition to the participation of the protagonists in it, this war also witnessed the formation of the Great Alliance Army. All the nations became united under the same flag, fighting one common enemy, Madara. The mere appearance of Madara is enough to put this arc among the top five arcs in the whole franchise. The Chunin Exam arc is one of the earliest arcs that contributed to the huge success of Naruto as an anime. It is also the first arc to display the abilities and skills of Naruto's many ninja peers. The Chunin Exam is a cultural exchanging event that gathers young ninjas from all the different villages. These ninjas compete against each other to move up the ladder and get the Chunin title. Series of different amazing fights between teams and between individuals are exposed in this arc. However, this arc also serves as an educational material that teaches the importance of teamwork, determination, training, and developing one's character. This is arguably the most tragic arc in the whole franchise.

When everybody started to lose hope, Naruto the hero shows up on the fight ground.

Taking on a secret mission on his own, Jiraiya sneaks to the secret hideout of the head of the Akatsuki, Pain. However, things deteriorate very fast and Jiraiya finds himself fighting solo against the Six Paths of Pain. In a futile and hopeless fight, Jiraiya manages to take down a few of the Paths, but he is eventually overwhelmed and defeated. In an intense moment, Jiraiya discovers the secret behind Pain's power and manages to code a secret message containing Pain's secret. Unfortunately, this great accomplishment faces a bitter end when Pain kills the fan-favorite toad sage. Jiraiya's death carried a dramatic and tragic scar, not only on the hearts of the characters but also on the hearts of the fans. However, this tragic event was followed by the best arc in the whole series. Pain unleashes terror on the Leaf Village, destroying it and killing its citizens to capture the Nine-Tailed Beast Kurama. In the middle of the action, even the Hokage, Tsunade, couldn't stand a chance against the brutality of Pain. When everybody started to lose hope, Naruto the hero shows up on the fight ground. There are absolutely no other words describing Naruto and Pain's fight other than epic.

Must have Sources For Manga

TagsWhich Is The Best Arc In Naruto