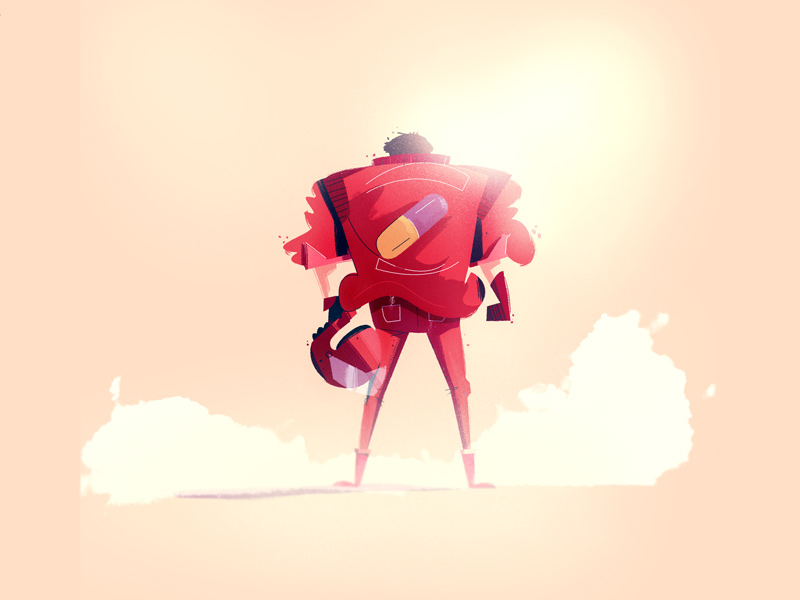 Warning: Attack On Titan season 4 spoilers ahead (for anime-watchers only, you're good to read on). As someone who grew up watching shoujo (romance and friendship) anime, the most I've ever ventured into the shounen (adventure and action) side was Haikyuu. When my friend introduced me to Attack On Titan a year ago, the first thing that came to my mind after seeing the creepy titans' faces was hell no. However with much convincing, I finally decided to watch the series on Netflix. Before I realized, I was bingeing episodes without pausing, and it snuck its way up to be one of my favorite animes to date. After overcoming the barrier of scary-looking titans (a race of humanoid giants that eat humans), the concepts in Attack On Titan intrigued me. The story follows a boy named Eren Jeager, who hopes for humanity within the walls of his home so as to be free of the titans that live beyond them. He joins the survey corps and vows to kill every last titan. In the quest to uncover the truth, the plot becomes more complicated, revealing a war between 2 races of humans instead. Despite being set in a fictional world, the characters have taught us many life lessons such as friendship, loyalty and sacrifice. As we eagerly wait for the last few episodes of the final season to air, let's recap from season 1 and find out what we've learned so far. 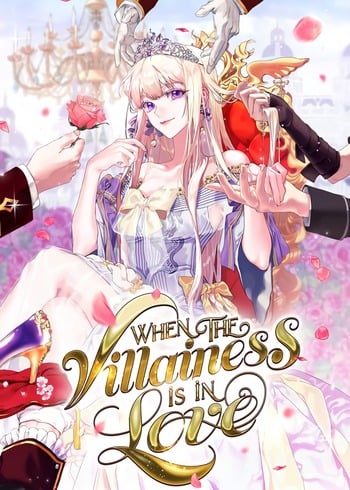 During Eren's cadet corps training, the soldiers were assigned to balance on the omnidirectional mobility wires. Head instructor Keith Shadis states that this skill is the "bare fundamentals" of being a soldier. While most people were able to succeed, Eren was the only one who couldn't, constantly being twisted upside down and falling on his head. Eren was humiliated and embarrassed, being laughed at by his fellow soldiers and reprimanded by Keith. Many people mocked him and hoped that he would quit even though it was just the beginning. Despite the negativity, Eren stayed back after training to continue practicing. On the day of the assessment, Eren finally succeeded in remaining upright, yet he fell down again after a few seconds. It was only after Keith had ordered Eren to change his equipment that they discovered Eren's original belt had a broken clasp. After changing it, Eren managed to balance with no trouble. The other soldiers were impressed, realizing that Eren could succeed even with the broken equipment. It's important to learn to persevere even when nobody believes you can succeed. Motivating yourself and proving others wrong will always be rewarding. As Eren says, "I might not have raw aptitude, but no one has more guts than I do!

Eren has always grown up hating and vowing to kill all titans, certain that they were the reason humanity could not be free. However, one of the earliest plot twists of Attack On Titan was revealed: Abnormal Titans are actually humans who can transform. In Reiner's desperation, he revealed to Eren that he is the Armored Titan and Bertolt is the Colossal Titan. Unwilling to believe that his close friends were actually his enemies, Eren simply came up with an excuse by asking "you're just tired, aren't you? After watching Reiner and Bertolt transform into titans right in front of him, Eren is struck with the realization that they were enemy spies the whole time. Overcome with betrayal and sadness, Eren cries right before transforming into the attack titan to fight them. Our enemies aren't always who we think they are-sometimes they can be the people among us. While Eren has always believed that titans were his only enemy, the reality of who our enemies really are isn't that simple. Captain Levi Ackerman has always been known to be cold and harsh through growing up in the Underground City, aka the slums.During one of the scouts' missions outside the walls, Dieter wanted to retrieve the body of his close friend, Ivan, who had died. However, Levi and Erwin strongly protested as they needed to continue on with their mission.

Dieter realized his mistake and burst into tears.

Upon hearing this, Dieter angrily accuses them of not having any human feelings. This accusation was made right after Levi had just lost his entire squad to the Female Titan. Going against Erwin and Levi's words, Dieter went ahead to retrieve Ivan's body. He was then chased by titans, resulting in the death of another friend. Seeing Dieter suffering, Levi goes over to him and produces Ivan's scout badge, saying that to him, the badge alone was proof that they once lived. Dieter realized his mistake and burst into tears. Levi was only doing what was best for everyone while still making sure they are all accounted for. As humanity's strongest soldier, Levi has constantly been suffering from many tragic losses which the other soldiers do not see. Even though he was also mourning the death of his special ops squad, Levi shows us the importance of moving on and fighting for what we believe in. Ymir and Historia are an interesting pair that will forever be remembered. Both of them suffer as victims of their circumstances, being forced to adopt fake persons against their will. While they forged a strong bond of friendship and love with each other, Ymir had to eventually let Historia go during one of the scout's missions. Understanding Reiner and Bertolt's struggles and finding out they wanted to use Historia to gain information about the Founding Titan, Ymir sacrificed her life.

In an emotional scene of her last moments with Historia, Ymir gently caressed her in her titan form and said "I'm sorry" before leaving. Sometimes, love and sacrifice goes hand in hand. In order to protect the ones we love, we may choose to give up the bigger things in life to make them happy. As a child, Erwin Smith strongly believed in his father's theory that more humans lived beyond the walls. Unfortunately, after revealing too much, Erwin's father was silenced and killed by the military police. Growing up and becoming the commander of the scouts, Erwin has lived his whole life desperately searching for proof that his father's theory was true. He suffered tremendously from guilt, feeling that his selfish desire had in the death of too many soldiers under him. While revealing his inner turmoil to Levi, this is where Levi's iconic line comes into play-"Erwin, give up on your dream and die". Erwin finally decides the ultimate sacrifice for the truth: his life.

He leads the whole squad to their death, distracting the Beast Titan so that Levi can take him down. Though it's a shame that Erwin died when he was so close to finding the truth in Eren's basement, his noble decision made us realize why we love his character so much. Erwin has lost too much of himself to continue on and he accepted that. Watching Levi fight Eren and Mikasa in season 3 had us all on the edge of our seats. Levi was faced with the most difficult decision of all time, with only 1 serum to spare for 2 dying comrades. While I was quite certain that Erwin was about to be saved, Levi stunned us by injecting Armin with the serum instead. Though Levi feels strongly for Erwin, he had to let him go and trust that his decision to save Armin instead would be the right choice.

Though it's always hard to make major decisions, you should always trust yourself to make the final call and go through with it till the end. As kids, Armin and Eren have always thought of the sea as a symbol of freedom, beyond the walls and out of their reach. However, when the scouts finally discovered the sea for the first time, Eren was faced with feelings of uncertainty. The scouts realized that it was never just a simple battle of humans against titans. They are Eldians, an oppressed race and seen as "island devils" who are shunned by the rest of the world. Going beyond the walls meant that they had to start war, with the burden of saving the world lying on them. Instead of freedom, Eren becomes more trapped. The concept of freedom becomes an unattainable illusion, stealing away his childhood innocence. Sometimes in our desire to be free, we fail to see the underlying harsh reality of the circumstances. Through Kenny's grandfather, we discovered that King Fritz made use of the Founding Titan to erase the memory of all Eldians.

The Founding Titan is then passed down from generations of the royal family to prevent humanity from learning the truth of their existence behind the walls. Meanwhile in Marley, the remaining Eldians are oppressed and forced to live as slaves to Marleyans simply because of their race. This shows us that those in power, such as the royal family and the Marleyans, will always be able to manipulate people according to how they want. Just like in real life, there will always be people who twist and turn reality to benefit them. Nobody wants to have war even though it might seem necessary at times. Being forced to be a warrior and infiltrating Paradis Island at a young age, Reiner suffers from a split personality disorder. Though we felt betrayed after discovering Reiner was a spy, we couldn't help but feel sorry for him. Reiner struggled to convince himself he could be both a soldier and friend to Eren so as to atone for his sins, but at the same time the guilt for carrying out his secret mission as a warrior made him even more conflicted. Four years later, Eren and Reiner finally reconciled in Marley.

This time round, Eren was the one who infiltrated Reiner's home, making use of Falco to start a war. Coldly, Eren told Reiner that he now understands how Reiner felt all those years ago, saying "I'm the same as you". Being brought up from 2 opposing sides, both Eren and Reiner believed they were saving the world. Their inevitable yet unwanted war shows us that fights are never just a one-sided battle -both sides will end up hurting both physically and emotionally. While we've always seen Zeke as an unpredictable and ruthless Beast Titan, his traumatic childhood story was revealed in season 4. His father, Grisha Jeager, forced Zeke to train as a warrior so as to seek revenge onto Marley for killing his sister. Grisha and his wife Dina then set up the Eldian Restorationists, a rebellious organization to the state. As the descendant of the original royal family from his mother's side, Zeke had to become a warrior and inherit a titan so that he could enhance its powers. Lost in his crazed desire for freedom, Grisha manipulated Zeke and forced the burden of the revolution on him.

TagsWhat Is The Lesson Of AOT