» » What Is The Final Volume Of AOT 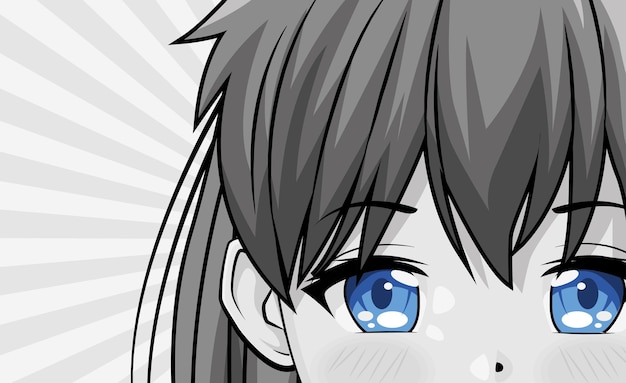 Kodansha revealed the details of the final manga volume release of Attack on Titan, volume 34, out on June 9, 2021, in Japan - The volume will include eight extra pages, and two different limited editions, each with a special booklet containing different Name (rough drafts). Update: As of May 18, the extra pages have been leaked. This is a special edition of AOT volume 34, with a booklet containing two exclusive, unpublished until now Name. The two Names included in the booklet were never made public in the past. Initially, they were submitted by Hajime Isayama to the "Serialization Conference" of Bessatsu Shonen Magazine. This was a contest organized by the magazine before it was launched. The winning entries would be serialized in the magazine. These two are the Name which were selected, approving Hajime Isayama as one of the mangaka to be serialized. However, there are several different parts with the actual manga, as Isayama is said to have reworked his concepts before the manga's serialization started. Attack on Titan Volume 34 Special Edition Beginning will be sold for 1100 Yen (tax included). NHK総合にて今冬放送予定！ Next, we have another special edition of Volume 34, titled Attack on Titan Volume 34 Special Edition Ending. This special edition of AOT Volume 34 will include the two Names of Chapter 138 and 139, the ending. The volume's official description from Kodansha states that there are some parts in the two Name that are slightly different than the final, published versions of chapters 138 and 139. The two Names also contain notes written by Isayama for meetings.

This is simply the norm for volume releases.

Attack on Titan Volume 34 Special Edition Ending will be sold for 1100 Yen (tax included). ANIME GAMES - Is Blue Protocol the Genshin Impact killer? Is the AOT manga ending getting changed? We don't know yet how different the Name will be from the actual ending, but judging by the wording of the Japanese press release from Kodansha, you shouldn't expect any major changes. Update: Judging from the leaks, an epilogue was added. What about the extra pages in AoT volume 34? Volume 34 itself will also have additional pages and probably some redrawn panels. This is simply the norm for volume releases. They polish up the chapters from the prepublication in magazines. For the final volume of a series though, extra pages are often an epilogue. This mean it would take place after the ending we saw in the magazine publication. 5月号、完売店が続出しています。 4月30日Will the Attack on Titan anime have a different ending? For now, no one knows, we can only wait and see. If you hated the manga's ending, there have been cases of authors writing different conclusions for their series in anime form. Even when the original manga is completed and there's no need for an original ending.

So it's not an impossible scenario for the anime to have a different ending. With that said, looking at the trailer for the final season part 2, it doesn't look like anything will be different from the manga. Attack on Titan manga volume 34 will be released on October 19, 2021 in America. It's unclear for now whether the two limited editions with the booklets will be coming around or not.❤ Answering fans worried about the special editions of Volume 34 being sold in limited quantities, the Attack on Titan Twitter revealed new info. If there's a high enough demand, the two special editions of volume 34 will be reprinted. AoT manga volume 34 extra pages leaked? On May 14, 2021, a photo of what looks to be the "leak" of a panel from the extra pages of volume 34 was "leaked". It's unclear if it's real or not, and a reverse google image search indicates the photo was first shared on Chinese forums. I personally doubt it's real.

39;s a quick translation by yours truly.

Manga chapters leaks happen because the magazines where the manga are prepublished are obtained by a handful of people, usually 3 to 4 days before release. Some of those people then post leaks on the net. This is how the Famitsu magazine leaks happen each Wednesday for example. Here's what the "leaked" extra page panel looks like. It shows two characters from their back, so we can't see their faces. It's a man and a woman, carrying a baby, and in front of what looks like Eren's tomb. Fans are speculating it's Mikasa and Jean together. There is no dialogue. Last but not least, the volume 34 cover artwork was officially shared. However, there are several fake edits circulating as well, including those with English translations, to troll fans. As such, I will only be including the original Japanese pages below, with my own translation. This tweet lists all the extra pages one after another, from left to right. However, it's not the actual order in which the extra pages appear in Volume 34. In the volume itself, we'll have the three new pages with Mikasa speaking to Ymir, the original ending, and then the remaining 4 extra pages as epilogue. Here's a quick translation by yours truly. Mikasa to Ymir: "It was you… … I think your love was like an endless nightmare. And those who had their lives stolen (because of it) won't come back. … But, it's thanks to the life you borned that I Overall, we still don't know who the family in the extra page near Eren's tomb is supposed to be. Fans are torn about whether the family is Jean and Mikasa, Gabi and Falco, or some completely unrelated characters. Next, several generations later, as the buildings look much more technologically advanced, Paradis is destroyed. Probably to show war never ends. The final epilogue page, again several generations later seeing the overgrown vegetation, features a kid finding what looks to be Eren's tomb, which now looks like Ymir's tree. The final page includes the words "Attack on Titan: The End".

7 Ways to Make Your Manga Simpler

TagsWhat Is The Final Volume Of AOT