» » What Is The Best Arc Of One Piece

One Piece is one of the longest-running anime. Its impact on the overall anime community is undeniable. Moreover, despite its extremely long storyline, many people still watch and enjoy it. Like most anime, it is also divided into arcs, and today we will rank the best One Piece Arcs. Eiichiro Oda's famous Japanese anime/manga One Piece is a work of art when it comes to storytelling. Over the course of 22 years, the series has evolved into one of the finest stories of all time. However, the anime has over 1000 episodes, so it can be hard to determine the story's best arc. So, we have made this list of the top 12 best One Piece Arcs. One Piece Arcs Ranked12. Our list will include all of the best One Piece arcs, including canon and filler. There will be a total of 12 arcs on the list. We have these One Piece arcs ranked based on the quality of the storyline and fan reception. Watch out for spoilers as we jump right into it. This arc consists of episodes 422-425 and 430-452, a total of 27 episodes if we exclude all the fillers. In this arc, Luffy abandons his search for his crew in favor of rescuing his brother Ace from the underwater prison Impel Down. He succeeds in penetrating the institution with the help of Boa Hancock.

39;s ancestry, it also did and amazing job setting up the Marineford Arc.

However, accomplishing his goal and fleeing the horrible jail may be easier said than done. Impel Down Arc's antagonist was one of the highlights of this arc. Magellan is the vice warden of Impel Down. When his poison left Luffy inches from death, his presence immediately reintroduced a feeling of terror into the mix. So, he was a menacing antagonist. Moreover, Bon Clay's sacrifice of sticking behind, allowing Luffy to escape, cemented the arc as one of the greatest in the Summit War Saga. Overall, it is also one of the best One Piece arcs. In Thousand Sunny Arc (AKA Post-Enies Lobby Arc), The Straw Hats were visited by Marines during their time at Water 7 after successfully fleeing from Enies Lobby. Ace ultimately catches up to and confronts Blackbeard on Banaro Island a few days prior. This arc consists of 13 episodes ranging from episodes 313 to 325, and it is the 17th story arc in the entire series. This arc was an emotional rollercoaster, with the melancholy moments of The Going Merry's funeral and the shocking discovery of Luffy's ancestry, it also did and amazing job setting up the Marineford Arc. Furthermore, Dragon, the Supreme Commander of the Revolutionary Army, is revealed to be Luffy's father. All these moments make this one of the best One Piece Arcs.

The plot of this arc revolves around Luffy and his crew clashing with a vicious slave trade ring that sells to the World Nobles. While there, the Eleven Supernovas, eleven deadly rookie pirates eager to access the New World via the archipelago, arrive. This One Piece arc takes place from episode 385 to 405. So, in a total of 21 episodes. Sabaody Arc is quite well-known for its unique and gritty storyline. It also beautifully conveyed social messages regarding racism and slavery. These aspects were appreciated by not only One Piece fans but anime fans in general. In terms of story progression, it also introduced the Celestial Dragons, descendants of the World Government's founders with complete political authority. So, a blend of social messaging and moral dilemmas makes this one of the best One Piece arcs. Arabasta Arc is one of the longest arcs in One Piece's history. It takes place between episodes 92-130. All these episodes add up to 39 episodes. In this arc, The Straw Hats arrive in Arabasta and begin their sprint through the desert to Alubarna before a violent fight breaks out between the kingdom's royal guards and the rebels.

However, Mr. 0 and the surviving Baroque Works officer agents, the genuine perpetrators of the warfare, stand in their way of achieving their objective. This arc is quite notable since it features the first incident where Luffy actually lost a battle. He fights the notorious warlord Crocodile and loses, marking it as his first defeat. Moreover, many underdeveloped characters also get their chance to shine in this arc. Thriller Bark Arc is another long One Piece arc making its way into our best One Piece arcs ranking. It is the 18th arc in One Piece anime. It takes place between episodes 337 to 381, so a total of 45 episodes. In this arc, The Straw Hats arrive at Thriller Bark, a ghostly island/ship in the Florian Triangle. Here, their shadows are taken by Warlord of the Sea Gecko Moria, and they must race to get them back before the sun rises.

Luffy and his friends set out to save Straw Hat member Sanji from an arranged marriage. 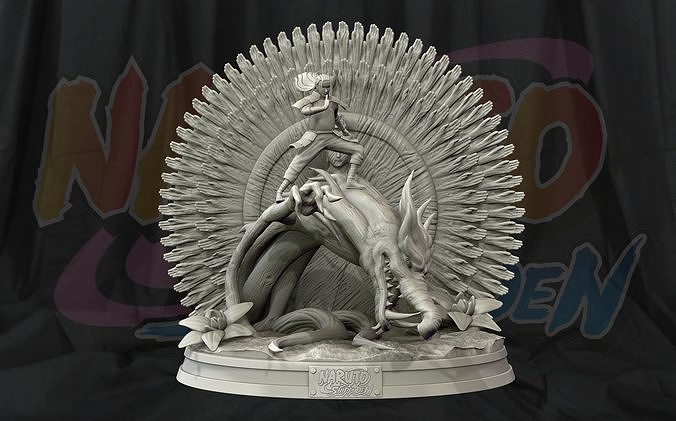 Brook, a skeleton who becomes the Straw Hat Pirates' musician, was introduced in this arc. This arc also brought a lot of comedy and horror elements to the show, which was a fresh change for the fans. Thriller Bark also sees the Straw Hats dealing with various Warlords Of The Sea, most notably Gecko Maria, increasing the danger the main protagonists face and allowing the fans to witness an interesting showdown. Next up on our ranking of best One Piece Arcs is Whole Cake Island Arc. Luffy and his friends set out to save Straw Hat member Sanji from an arranged marriage. They are immediately drawn into a conspiracy to dethrone Big Mom, a very deadly pirate and one of the Four Emperors of the New World. This arc started from episode 783 and lasted until 877. It is again one of the longest One Piece Arcs coming in at a total of 95 episodes. This arc also put a lot of spotlights on Sanji. The creators explored his dark and abusive childhood. Moreover, his misunderstanding with Luffy was also quite unique to see. In the end, it was a swirl of emotion and action that put the Straw Hats on everyone's radar.

The entire battle is emotionally powerful and quite satisfying to watch. 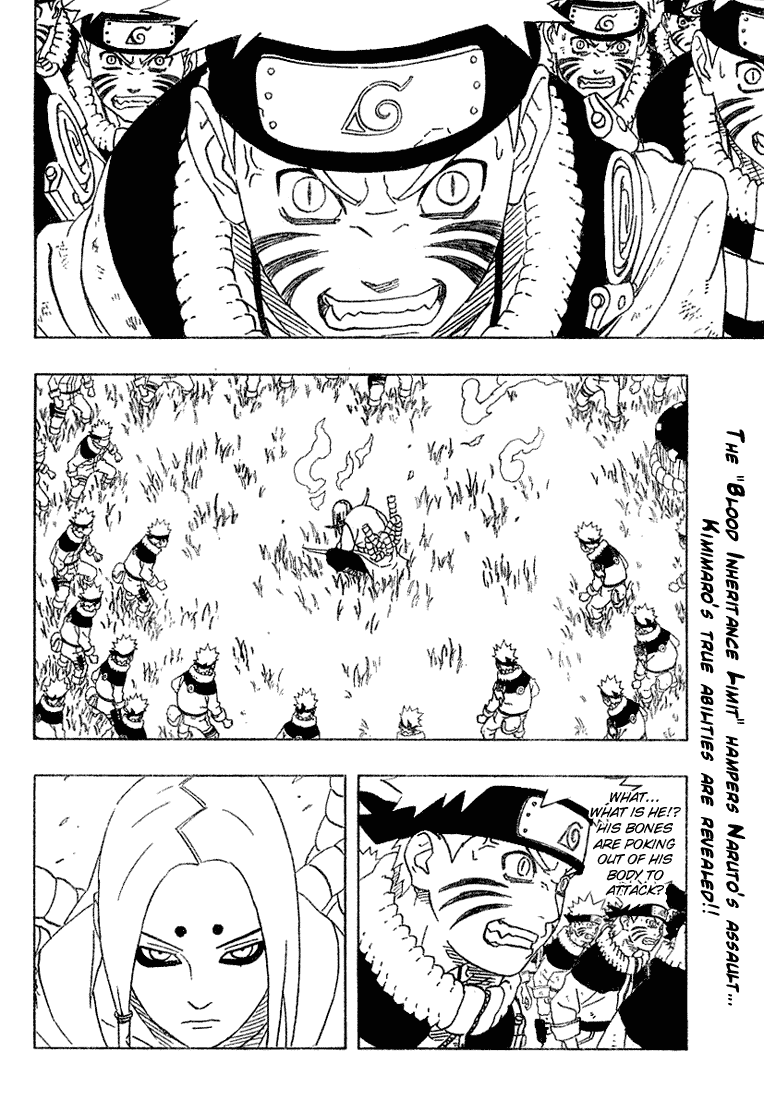 Taking a break from long One Piece Arcs, we have a smaller arc called Arlong Park Arc. In this arc, Roronoa Zoro, Usopp, and later Luffy and Sanji pursue Nami when she steals the Going Merry and ends up at Cocoyasi Village, Nami's birthplace. It is controlled by the tyrant Fish-Man Arlong. Nami's history and real intentions are revealed here. Arlong Park Arc is one of the earlier One Piece Arcs which helped the show gain an audience. Oda began to extend the One Piece universe during this arc by introducing the notion of Fishmen and the Seven Warlords. Moreover, this arc was very intense since the freedom and life of Nami and her townsfolk were at stake. Luffy carried all this emotional weight during his battle with the Fishman Arlong. The entire battle is emotionally powerful and quite satisfying to watch. The Dressrosa Arc was the final arc in the greater Dressrosa Saga. This arc followed Straw Hat Pirates and Trafalgar Law forming an alliance and capturing Caesar Clown. They proceed to Dressrosa with Kin'emon in the second step of their plan to depose the Warlord of the Sea, Donquixote Doflamingo.

Donquixote Doflamingo is one of the best antagonists in One Piece. He is a perfectly written villain with a great combination of frightening insanity and unstoppable strength, enhanced by his tortured yet sympathetic backstory. Apart from the amazing antagonist, Dressrosa Arc also offered top-notch action and Luffy's ultimate Gear 4 transformation. All these elements make it worthy of being in this list of best One Piece Arcs. Speaking of the Dressrosa Saga, the first part of this saga is called Punk Hazard Arc, which is quite befitting for this ranking of best One Piece Arcs. When the Straw Hat Pirates eventually arrive in the New World, they immediately receive a distress call from a group of people on the island of Punk Hazard, who I am a samurai is assaulting them. Vice Admiral Smoker is hard on Luffy's heels as he heads out to the blazing island. This arc demonstrated the results of Doctor Vegapunk's research, expanding on how One Piece's power systems work. The impact of this arc upon the overall One Piece mythos makes it an important and one of the best One Piece arcs. Enies Lobby Arc takes place between episodes 264-278, 284-290, 293-302, and 304-312. Adding all these makes it a total of 41 episodes. The Straw Hats, Sogeking, the Franky Family, and the Galley-La Company skilled craftsmen arrive at Enies Lobby aboard Rocketman to save Nico Robin and Franky.

The World Government's soldiers, notably its lethal assassin unit, CP9, stand in their way. Enies Lobby is widely regarded as one of the finest arcs of One Piece. It transforms the typical Straw Hats journey into a full-fledged assault on one of the World Government's strongholds. Some fans even regard this as the best One Piece arc due to all the emotions portrayed throughout this arc. Moreover, Luffy's Gear Second and Third transformations were also introduced during this arc. The runner-up on our list of best One Piece Arcs is Marineford Arc. In this arc, Luffy and the other Impel Down fugitives follow Luffy's brother to Marineford, the base of Marine Headquarters, after failing to reach Ace before he was transferred there. This arc takes place between episodes 457 and 489. A total of 33 episodes. This arc is quite well-known for its high-pace action and the way it handles characters. Almost all the characters got enough screen time and played a minor or major role in the story. Moreover, the introduction of Whitebeard made this arc more special and interesting. Overall, the well-crafted action sequences and brilliant storytelling makes this one of the best One Piece arcs.

TagsWhat Is The Best Arc Of One Piece