» » What Is Mugen's Ethnicity 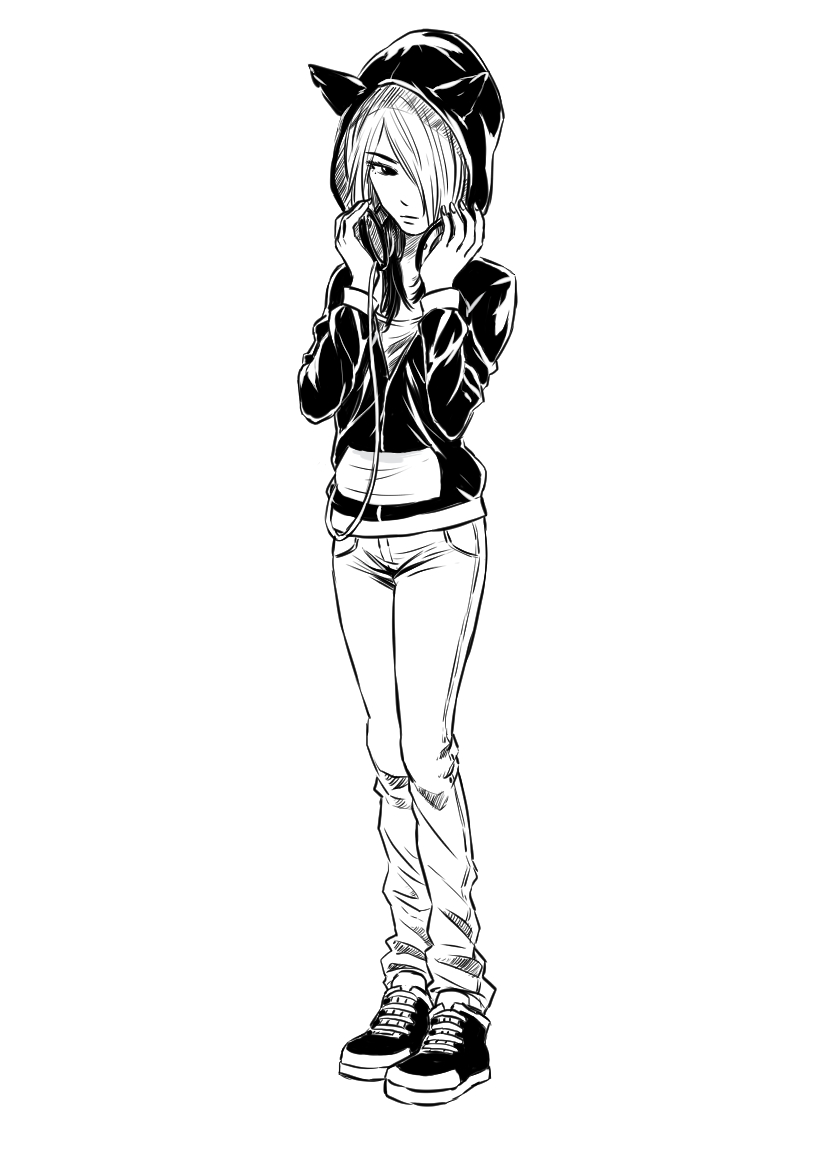 Mugen is a nineteen-year old vagabond of Okinawan descent who was born on the Ryukyu Islands, which was a penal colony of Japan during the Edo period. As Mugen was orphaned at a very young age, he practically raised himself, killing and resorting to piracy in order to survive. At some point during this period he spent time in prison, evidenced by the blue tattoos that decorate his wrists and ankles, and was eventually released. After a raid on a government shipping vessel had gone wrong, Mugen was captured and sentenced to death, although he escaped on the day of his execution. Then, he wandered throughout Japan until he ran into Fuu by chance, along with Jin. A fight ensued between Mugen and Jin, which ended in capture by the local shogunate, who accused them of murdering a government official. With the help of Fuu, Mugen and Jin made their escape. In return, they would accompany Fuu in her travels through Japan in order to find "the samurai who smells of sunflowers". Mugen also promises to duel Jin when the appropriate time arrives.

Here is an example of Champloo Kendo against a single opponent.

When it comes to fighting, Mugen is very unorthodox and brings plenty of surprises to a battle. He is known for his trademark Champloo Kendo, a unique and flexible fighting style based off of breakdancing that gives Mugen ground over the majority of his opponents through the use of unpredictable and spontaneous movements. Champloo Kendo utilizes all of the body for combat, mixing swordplay and hand to hand combat together. Due to Champloo Kendo's versatility, Mugen can quickly adapt to an opponent's combat style as he fights, incorporating different strategies and even attacks into his own fighting style. Here is an example of Champloo Kendo against a group of combatants. Here is an example of Champloo Kendo against a single opponent. Mugen also uses the surrounding environment to his advantage in battle, using it to gain leverage, take cover from attacks, throw objects at opponents or execute stealth takedowns. Mugen's principal weapon is a combination of the Okinawan sai and some other sword, providing him with the capabilities of two weapons. This allows him to trap and block the attacks of his enemies and strike with the reach of a sword. This weapon is also very durable, as it has successfully blocked attacks that would have sliced ​​apart other weapons and could cut through stone.

Aside from his blade, Mugen's equipment consists of steel-plated brittle, which are used for blocking attacks at odd angles, and a tanto concealed in the other end of his scabbard which can be wielded or thrown as a final trump card. Although Mugen's baseline strength is superhuman, factors such as sex drive ("Bogus Booty"), anger, and a desire to compete ("Baseball Blues") can push it to even further extremes. Effortlessly crushes a piece of firewood with one hand. This is also a durability feat, as he remains uninjured. Dashes through a sliding door with enough force to splinter it into pieces. This is also a durability feat, as he is uninjured from doing this. Despite being completely restrained with a rope by seven men, Mugen not only manages to free himself, but in a single explosive moment, also knocks them backwards. While lusted, Mugen punches a guard so hard that he flies off into the sky. Mugen flips a coin upwards.

Using some basic physics, I was able to calculate the speed at which the coin was initially thrown. The coin takes 15 seconds to rise and fall, meaning that the coin spent 7.5 seconds traveling upwards. 7.5 seconds, acceleration is -9.8 m/s2, final velocity is 0), then Mugen throws the coin up at 73.58 meters per second, or 165 miles per hour. Mugen's superhuman reaction time and speed allows him to dodge or counter attacks from many angles almost preemptively. With no more than a few feet of space, Mugen nonchalantly handles a group of ninjas who ambush him from behind. A lifetime of killing has provided plenty of opportunities for Mugen to hone his fighting skills. Although he is self-taught and untrained in any specific martial art, he makes up for this with an instinctual combat prowess and excellent reflexes. As with strength, being lusted can increase his combat ability. With his eyes closed, Mugen cuts a stick cleanly in half after it was thrown up into the air.

Kills a group of ninja, while completely unarmed. This is also a strength feat, as he one-shots all of them. Mugen is a natural athlete and possesses superb motor coordination and balance, allowing him to pull off many acrobatic maneuvers in combat and excel in activities such as sports. Kicks himself off of a structure faster than an explosion can travel. Note: This is most likely an outlier. Mugen's durability has allowed him to survive odds that would have crippled or incapacitated a normal human being. After a grueling fight with Umanosuke, Mugen is shot in the stomach by his brother, who then tries to suicide bomb him. Despite this, Mugen is only knocked out by the explosion. A combination of high pain tolerance, stamina, and willpower allows Mugen to continue fighting despite suffering from heavy physical injuries. He's also had multiple near-death experiences from his injuries, all of which he's survived. In the episodes "Evanescent Encounter, Part 2" and "Evanescent Encounter, Part 3", Mugen meets his match - a rogue government official named Umanosuke who seeks retribution for the personal damage that Mugen caused for him and his brothers. Mugen endures a lot of punishment in these episodes, enough to warrant another category, in my opinion.