» » What is Koro Sensei's Strength

Before watching Assassination Classroom, let's get to know Koro-sensei, an adorable and deadly anime character. Here are Koro-sensei's facts, strengths, and weaknesses. Yellow color, resembling an octopus, round head, and strange behavior, can anyone guess? Yep, that's right! Koro-sensei! The teacher figure in the Assassination Classroom anime series really loves students with silly and scary behavior at the same time. His tall stature, yellow body with tentacles, round head with a pair of small eyes and a big smile always wears an all black suit. Although considered dangerous, in fact he is very friendly. In fact, we can tell the feelings of his heart from the color of his body and face. Let's get to know more about Koro-sensei below. Koro-sensei is a very dangerous alien. Koro-sensei has super strength and incredible speed reaching Mach 20 or about 24000 km/hour. In fact, from this power, he claimed to have destroyed the Moon so that it became a crescent moon forever. After the Moon, Koro-sensei will destroy Earth within a year! Therefore, there is a contest.

This series tells the daily life of an octopus-like creature with super powers.

If you succeed in killing Koro-sensei, you will be given a prize money of 10 billion yen. Koro-sensei chose to become a teacher and taught class 3-E at Kunugigaoka Middle School for one year before destroying Earth. Class 3-E contains the lowest-ranking children in the entire school. They were exiled to a class in the mountains and taught how to kill by the alien teacher. The anime, which is based on Yūsei Matsui's manga, will air in two seasons on Netflix. This series tells the daily life of an octopus-like creature with super powers. He works as a homeroom teacher at a junior high school, and his students try to kill him in order to protect Earth from destruction. In trying to kill the teacher, there are characters who help the students. He is Tadaomi Karasuma, a Japanese defense ministry agent who is assigned to be a class 3-E gym teacher while teaching them assassination techniques. Then, there is Irina who is also a professional assassin. He used to tease the men he wanted to kill. Irina is assigned to be a foreign language teacher. Uniquely, class 3-E students call him Bitch-sensei because of his perverted nature. The anime series also shows the students' attempts to kill Koro-sensei. Uniquely, he cannot be killed with ordinary weapons. In addition, his body can regenerate if injured. Because of his super ability, it is very difficult to find an opening to kill him.

From his limitless strength, he also had a weakness. Granted, his weakness was insignificant, but it was enough to help the students to attack him. Some of his weaknesses actually look human, so that sometimes they make the audience sympathize. Let's see below. The weakness that is also the hallmark of Koro-sensei is the fact that he is a pervert! This is also what underlies Irina's presence in class 3-E. Irina often teases Koro-sensei with her sexiness. Of course, even Irina's killing intent failed. This perverted nature is often used by class 3-E students as an inducement to trap him. They will put photos or adult magazines. When Koro-sensei was engrossed in reading, his body color turned pink. That moment was used by the students to attack him. The talkative Koro-sensei also often listens to the conversations of his students and makes it the subject of gossip. Sometimes, he also checks the information and clarifies the rumors. In addition, he also likes to match up his students and co-workers. From that, the disciples used it as a inducement to kill him. Despite his shape that resembles an octopus, it turns out that Koro-sensei has a weakness for water. If he didn't coat himself with mucus, the water that hit his limbs would be instantly absorbed and make his body become much heavier, making it difficult to move at his normal speed. Its speed which is up to Mach 20 does not apply if all its tentacles are held. Koro-sensei won't be able to move. The ability to regenerate will also decrease along with the wounds that arise on the tentacles. However, of course it's difficult to hold or target the tentacle that moves up to Mach 20. Well, that's Koro-sensei's strengths and weaknesses. The alien is included in one of the best teachers in anime. Are you interested in watching it? For those who have watched it, what do you think about Koro-sensei? 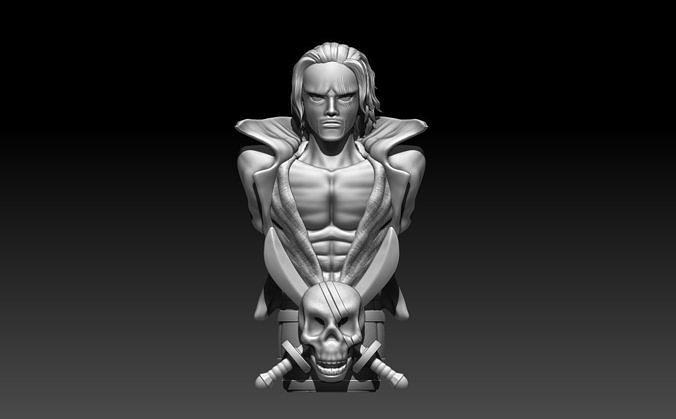