» » What Happened To Diana And Claude

As the youngest son of the royal family, Claude had an unhappy childhood who was treated as a spare, ignored and neglected by Anastacius de Alger Obelia, his father and his father's court as evident of his name 'Claude' meaning 'crippled' as royal names meaning 'immortal' were typically reserved for kings and emperors. Despite being a prince, Claude wore worn out and dirty clothes as a child and his skin were covered in bruises from where his step mother used to abuse him whenever she got angry. Initially, the two brothers shared a close relationship, Anastacius would praise him during his lessons and attempted to help him recover when he fell ill from fever. However, increased pressure for the throne and other peculiar factors surrounding Anastacius caused the two to drift apart which contributed to Claude's feeling of sorrow and resign as he grew up. Originally, Claude was engaged to Penelope Judith, but his fiancée kept delaying their engagement announcement as he wasn't first in line to the throne himself.

39;s mother and even attempted to kill his own brother using black magic. 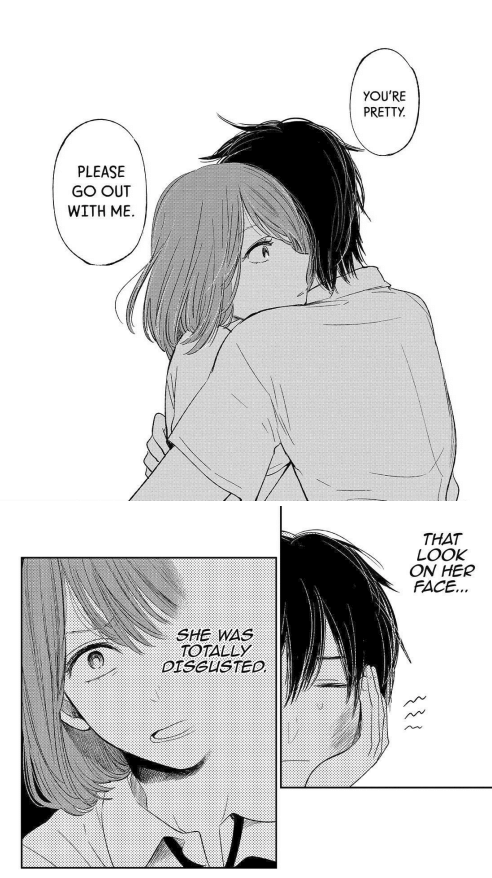 Eventually, Penelope seduced Anastacius, the official crown prince and Claude caught the two in bed together. Anastacius smiled mockingly at him, grabbing his arm roughly to humiliate him further. Claude snatched his arm away and renounced all his blood ties with his family. Once Anastacius became emperor, he allegedly killed Claude's mother and even attempted to kill his own brother using black magic. However, Claude 'killed' him, and usurped the throne with the help of his knight, Felix Robane. After that, Claude became distrustful and lived a depraved life, sleeping around with his concubines, until he met Diana, a dancer invited to the royal banquet. He then fell in love with her and deflowered her, where she eventually became pregnant with his baby. Claude begged Diana to give up the baby as it would put her life in danger but Diana chose the baby, eventually she passed away from childbirth and Claude's daughter with jewel blue eyes, 'Athanasia' was born. After Diana's death, Claude massacred all the concubines in the Ruby palace where he abandoned his daughter to be raised by maids. Claude met Athanasia for the first time when she was nine at a time he already wiped his memories of Diana. Despite acknowledging her existence, Claude neglected his daughter throughout her childhood and never once expressed love and affection towards her.

39;s warm disposition melted his icy heart and Claude accepted her as his daughter.

At Athanasia's debutante ball, Jennette's existence was revealed as 'Claude's daughter' as Roger and Ijekiel presented her to the emperor. Amused, Claude imparted they could discuss the details in the audience chamber. The crowd gossiped amongst themselves and Athanasia watched the scene unfold from the sidelines in despair, realizing she had lost her chance to win Claude's favour. Initially, Claude was aloof and dismissive of the new arrival, treating her with the same air of disdain he did with his actual daughter. However, Jennette's warm disposition melted his icy heart and Claude accepted her as his daughter. To cement his love and favouritism, Claude gifted her the Emerald Palace, a place used by princesses of the imperial family for generations. Not long after, Rosalia poisoned her niece under the pretense of framing Athanasia in order to make Jennette the crown princess. As Athanasia cried and wept for her father's love at his feet, Claude callously declared he never once considered her his daughter.

Cruel until the end, Claude executed Athanasia without a fair trial. Even upon finding out her innocence, Claude expressed no remorse for his daughter's wrongful execution. After Athanasia's death, Claude suffered from a series of severe migraines. Tormented by his pain, Claude cried out for Jennette and she hastily rushed to his side. At a loss with what to do, Jennette inquired if his head had been hurting again but the ailing emperor collapsed before he could answer. Rumors circulated throughout the kingdom about the emperor's inability to manage day to day duties let alone govern a whole empire. Anastacius emerged from the shadows and beckoned Jennette who attempted to aid a dying Claude. The maids whispered discreetly amongst themselves that apparently the sickly emperor was cursed. By fortuitous concurrence, Claude happens upon Athanasia de Alger Obelia in his palace teething a gold statue. Discerning the distinct jewel blue eyes on Athanasia's face, Claude recollects Diana and muses at his daughter's name.

Athanasia remains quiet for the remainder of their tea time, her reticence due to her fear of him. Bored, he orders Felix to leave so the two are alone together. Claude inquires if she recognizes the meaning of her name, explaining if Diana survived the labor he would have mutilated her for online to give her child such a prestigious name and to a female in particular, a luxury he himself was unable to receive when he was born. Athanasia then realize the reason he brought her to have tea with him was to determine whether she would live longer or die. Athanasia stutters out 'father' which intrigues Claude so she further exaggerates her cute act by referring to him as 'papa'. Claude sends Athanasia back to her palace with Felix Robane to inform the maids he will come visit Athanasia again in the near future. Not long after, Lily and Athanasia visit Claude in the throne room where he praises Lily for raising Athanasia well and from now on he will be paying more attention to Athanasia's well being. A few days later, Claude and Athanasia meet up again and Athanasia begins to pick up that no matter how insolent she behaved, he didn't try to kill her. He takes her to a lake with a boat which Athanasia is reluctant to go on. The two get on the boat together and the boat begins to move on its own magically.

During their boat ride, Athanasia reaches out for a lotus flower in the lake and falls in. He watches as Athanasia struggles in the water, crying out for help. Eventually, he rescues her from the lake and drops her ashore as she coughs up water. He orders Felix to teach Athanasia to swim as it would be a shame if the Emperor's daughter drowned in a them lake. The next day, Claude replaces all the maids in the palace and sends Felix to be her personal guard. Felix escorts Athanasia to visit Claude while he's asleep in his room. Claude awakens to his daughter singing a lullaby to him to conceal the fact she was about to punch him as revenge for what happened at the lake. While Athanasia is put to sleep in her room at night, Claude reminiscences about Diana. Felix remarks Athanasia probably inherited her brazen personality from her mother but Claude simply replies that had it been a year longer he would have forgotten Diana's face since he had cast magic on himself to forget the memories spent with her. Felix comments Athanasia is truly a 'lovely princess' but Claude responds he lost such emotions a long time ago. Looking at the old cracked photo frame of his ex-fiancee, Penelope, he commands Felix to leave as he was feeling tired. Felix thinks to himself that Claude still has emotions left and he too, will one day bathe in the golden light of Athanasia.

Athanasia requests to have a sip of the tea Claude is drinking.

After that, their tea time is now allocated to take place at 10am every morning. As they have tea, Athanasia mentions the dream she had the night prior and notices the astonishment on the maids' faces. It was the first time they witnessed Athanasia and Claude confabulating normally. Athanasia requests to have a sip of the tea Claude is drinking. He smoothly responds that the tea is not enjoyed for its taste but allows her to have some, Athanasia smiles happily, claiming the tea tastes like 'flowers blooming inside her mouth'. Stunned into silence, Felix remarks it was the exact same thing Diana said when she used to drink the same tea with Claude. Athanasia visits Claude after her encounter with Roger Alpheus, referring to him as 'Mister White'. Amused, Claude comments it befits a man who won't stop barking. Felix suggests getting a friend for Athanasia, particularly Roger Alpheus' son, IjekieI, however, Claude immediately rejects it, irked at the idea of ​​two kids running around the palace much to Athanasia's dismay. Claude places Athanasia onto his bed and relaxes beside her in a secret resting area behind the throne room. He orders Athanasia to sing the lullaby song that 'chases away bad dreams' but she feigns forgetting it. Claude narrates a time he made assassins sent to kill him remember information by force but states he is unable to use the same method on her since she is a child.

Terror-stricken by his story, Athanasia claims to suddenly remember the song and sings the lullaby repeatedly until he falls asleep. Eventually, Athanasia falls asleep alongside Claude. As she sleeps, Claude tenderly places his fingertips on her head, showcasing paternal affections towards his daughter for the first time. Two years later, Athanasia visits Claude on her own accord to eat cake as chocolate has gone missing in the palace, their relationship now progressed close enough for her to come and go as she pleases. Some time later, Athanasia meets up with Claude again who is sleepy, getting only four hours of sleep the night before due to the hard work of his position as Emperor. As Athanasia gets distracted by the gold throne, she accidentally grabs onto Claude's robe, a gesture she uses on Felix when she wants to be picked up. Unaccustomed to carrying a child, Claude picks her roughly by the bow on the back of her dress, making it difficult for her to breathe.

Felix demonstrates the correct way to carry a child and Claude rectifies his action though she is reluctant. Then, the three go for a stroll with Felix behind them at a distance as ordered by Claude. Athanasia attempts to swat away an annoying fly but accidentally slaps Claude's face in the process, leaving a pink mark on his cheek. She quickly tries to amend herself and Felix adds in she should kiss the mark away, adding to her embarrassment. She cries while apologizing profusely, kissing his cheek to make it better. At their next tea party, Athanasia coughs up blood and looks up to see a petrified expression on her father's face, she passes out into a coma. As soon as Athanasia wakes up, she cries out from the unbearable pain and Claude demands to the magician why a cure has not been found yet. Frustrated with the magician's excuse and inability to cure Athanasia, he orders the guards to send him away to the underground dungeon. He puts Athanasia to sleep using his magic to ease her pain. In her dream, Athanasia witnesses the same scene of Diana's crying.

TagsWhat Happened To Diana And Claude