» » What Fruit Does Nami Have

In the SBS for One Piece volume 98, Eiichiro Oda, the creator of One Piece, revealed what Devil Fruit powers Nami, Zoro, Sanji, and many other members of the Straw Hat crew would have. The SBS is a section in each volume of One Piece in between individual chapters where Oda takes the time to answer fan mail. While many of his answers to fan questions may be tongue in cheek or silly, he often reveals some very interesting details about One Piece's world and characters. One Piece is a manga following the adventures of Monkey D. Luffy and his crew, the Straw Hat Pirates. In the world of One Piece, there are mysterious objects called Devil Fruits that grant whoever eats them supernatural powers. However, in exchange for these powers the Devil Fruits cause their users to weaken when submerged in seawater. While many members of Luffy's crew have eaten these fruits and can use their abilities, the majority have not, including many fan favorite characters like Zoro, Sanji, and Nami. In the 98th volume of One Piece, Oda answered a fan question about what Devil Fruits would fit Zoro, Nami, Sanji, Usopp, and Franky best. Some of the Fruits seemed like obvious choices in retrospect. Usopp would receive the Pocket Pocket Fruit which would endow his body with infinite pockets, perfect for a sniper like him who needs places to store his ammo. Franky would receive the Arms Arms Fruit which would enable him to turn any part of his body into a weapon, fitting for a cyborg who can already turn parts of his body into weapons.

39;t assign a Fruit to Jinbe, who is the last Straw Hat without one.

Nami's Fruit is the Rumble Rumble Fruit, which lets its user wield the power of lightning. This fits well with her fighting style, as she already uses a tool called a Clima-tact to create controlled bursts of lightning in battle. Zoro and Sanji's Fruits aren't as directly connected to their characters. Zoro would receive Kaido's Mythical Fish Fish Fruit, which enables its user to turn into a dragon and Sanji would receive the Swim Swim Fruit, which enables its user to swim through solid surfaces like the ground. The reason why Zoro and Sanji's fruits are less of an ideal match for them comes down to the characters' innate power levels. Both are already superlative fighters so they don't really need the extra powers a Devil Fruit would bring. In justifying his choice for Zoro's fruit, Oda says that the fruit wouldn't even be for Zoro, but for his sword, since it would be cool if his sword was able to turn into a dragon. This is likely also the reason why Oda didn't assign a Fruit to Jinbe, who is the last Straw Hat without one. Jinbe is also an incredibly skilled fighter and given that his fighting style is most effective in water, a Devil Fruit might reduce his ability to fight due to the weakness to seawater that it brings. It is unlikely that at this point in the series any of the Straw Hats mentioned above will acquire a Devil Fruit ability. Oda generally likes to tie a character's power-ups to their personal growth or backstories and suddenly acquiring a Devil Fruit may feel unearned compared to how the Straw Hats have previously gotten stronger. However, this doesn't reduce the fun of imagining the ramifications of Zoro, Nami, Sanji, and the other Straw Hats of One Piece acquiring these powers.

The most effective clarification of Manga I have ever heard

What Your Prospects Actually Suppose About Your Manga?

The Ten Commandments Of Manga 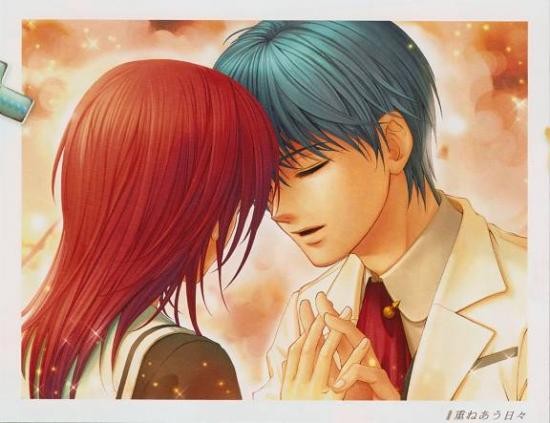 TagsWhat Fruit Does Nami Have