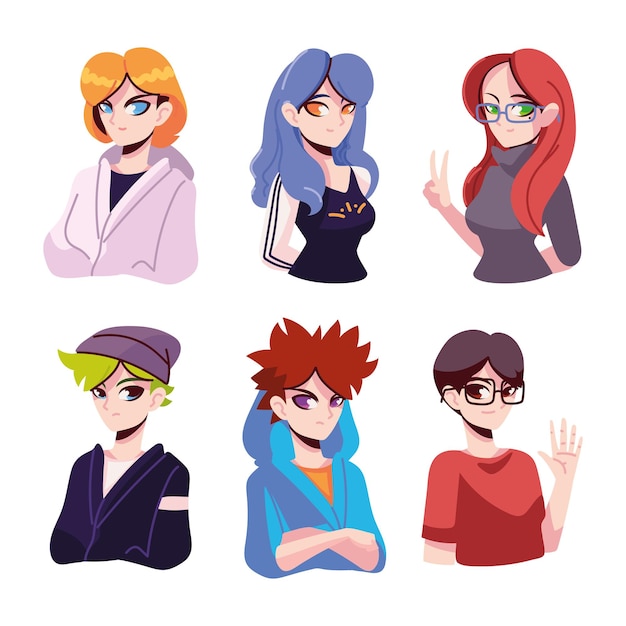 Watchdog Man (番犬マン Banken-man) is the S-Class Rank 12 professional hero of the Hero Association. He is in charge of Q-City. Watchdog Man is a young-looking man with a blank and uninterested look on his face. He dresses in a full-body dog ​​suit with a red collar, with his face showing where the dog's mouth should be. Watchdog Man has been shown to be very blunt and nonchalant, and he always displays a stoic and unbothered expression on his face. He also has a habit of wearing his costume all the time, even keeping it on when he bathes. His table manners are also bad since he eats like a dog and is never seen using a fork or spoon. He acts like a dog at all times, speaking sparingly, sitting on his haunches while alert or loitering, and curling up in a dog bed while asleep. He takes a stance on all fours while fighting, rather than standing upright to confront enemies. Like a loyal and well-trained dog, he is solely interested in protecting his territory. Though he solely performs his hero duties there in Q-City, he relentlessly hunts down and dispatches any mysterious beings there, ripping them apart as quickly and savagely as he's able. He often piles up and perches atop the corpses of the mysterious beings that he kills.

As an S-Class hero, Watchdog Man is very powerful. Though willing to brutalize human attackers, he notably holds back and does not go for the kill, instead beating Garou down until he escaped Q-City's limits. He can be rather impish when fighting human criminals, as seen when he counters Garou by "shaking" his attacking hands. His expression is constantly deadpan, making him difficult to read. Similar to Saitama, he's also very prone to boredom, as seen when he's unimpressed with Bang's Water Stream Rock Smashing Fist during a sparring match between Bang and Metal Bat at Bang's dojo, and decides to go back to Q-City to fight monsters. As an S-Class hero, Watchdog Man is very powerful. A testament to his prowess is that he was left in charge of Q-City, which is considered to be the most dangerous city in terms of number and average disaster level of Mysterious Beings. He is also described to Eliminate monsters like no other. In his early days as a hero, he managed to rip off the head of an enormous monster without incurring an injury. Watchdog Man is also strong enough to defeat Garou effortlessly without using his full strength. He has never lost a fight against monsters before, and is respected and feared by heroes and villains alike. Immense Strength: Watchdog Man possesses an extreme amount of raw physical strength, being able to easily rip apart multiple monsters far larger than himself with his bare paws.

His senses allow him to instantly detect any monster who enters his domain.

He was also strong enough to severely wound Garou while holding back. Immense Speed ​​and Reflexes: Watchdog Man is extremely fast, being able to rip apart multiple monsters within a few seconds. Despite being surrounded by 30 monsters of Monster Association at the same time, Watchdog Man managed to quickly defeat all of them and come out of the battle without a scratch, surprising Garou, who was watching the fight. Furthermore, he was capable of easily keeping up with and blocking all attacks from Garou during their fight and retaliated at the speed that the Hero Hunter was unable to counter. Garou himself even commented that Watchdog Man's speed far exceeded his expectations. Immense Agility: Having excellent physical prowess, Watchdog Man is incredibly athletic and moves in a way that resembles that of a savage animal during combat. He is able to climb from one place to another, which makes it hard to follow his movements. Furthermore, his amazing speed and reflexes also grant him the balance to match his unpredictable attacks. Dog Attributes: Watchdog Man possesses characteristics usually associated with dogs. He has an absolute sense of smell and hearing. His senses allow him to instantly detect any monster who enters his domain. He noticed someone farted during a meeting when none of the other S-Class heroes noticed. Expert Hand-to-Hand Combatant: Watchdog Man's fighting style was described by Garou as that of a beast or a monster rather than a human.

It is also noted by Garou that Watchdog Man lacks any special techniques or weapons, relying only on simple hand-to-hand combat, very much like Saitama. However, his skills are demonstrated to be rather powerful, being able to counter Garou's martial arts techniques, including his Water Stream Rock Smashing Fist. Because of Garou's techniques are designed to be used against human targets, not animals, as well as the fact that Bang didn't teach him how to fight non-humanoid opponents, Watchdog Man can counter all of the Hero Hunter's movements perfectly. When Watchdog Man countered Garou's attacks, his blocking resembles the dog-like behavior of giving his paw for a handshake. Watchdog Man is ranked 18th in the character popularity poll. Watchdog Man appeared in Dr. Genus' computer screen in the House of Evolution. The origin of Watchdog Man's hero name comes from Watchdog Man wearing a dog costume and his physical abilities and fighting style of a wild dog. His activities are strictly limited to Q-City and there seems to be hidden reasons behind it. Watchdog Man and the pedestal he sits on are likely references to Hachikō, a Japanese Akita dog remembered for his loyalty, and the famous statue of him in Shibuya, Tokyo. Watchdog Man's monument is near a train station and citizens come to clean the blood of monsters off of the plaza and statue every day. The location of the monument is another reference to Hachikō, as the famous dog would wait for his deceased owner at a train station. Watchdog Man referenced the Greek mythological dog Cerberus twice: - The first time was in the 2017 One Punch Man Halloween cover, where he was depicted with three heads. The second time was in a simple sketch of the homonymous dog Cerberus from Eyeshield 21, Murata's most famous work aside from One Punch Man. In the sketch, Murata depicted Cerberus with two extra heads, one of Watchdog Man and the other of Overgrown Rover.

The Etiquette of Manga

How Did We Get There? The Historical past Of Manga Informed Through Tweets