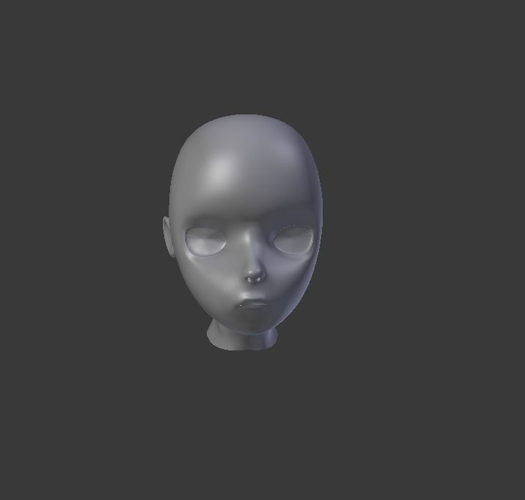 Sanemi was the oldest son of seven children and lived with both of his parents. Their father was abusive, constantly lashing out at the children and their mother until one day, he was stabbed and killed by someone with a grudge against him. Afterwards, Sanemi and Genya were resolved to support their mother and family. Sanemi kills his mother in self-defense. One day, Sanemi's mother failed to return home, so Sanemi left to search for her. At some point, he found her and realized she became a demon, but couldn't stop her from returning home and killing five of his siblings. Just before she could kill Genya, however, Sanemi tackles her through the window to the street below with a knife in hand. In the ensuing fight, she gave him the two large scars across his face, and his marechi blood-which disorients demons and makes them act intoxicated-gave him an opening to cut her down. When Genya runs into the street to find a doctor for his grievously-injured siblings, he finds Sanemi with their mother lying dead at his feet. Panicking, and not knowing that the "wolf" that attacked them was their demonified mother, Genya screams and accuses Sanemi of murdering her. Sanemi, still in shock, became partially colorblind as their mother dissolved in the sunlight. After that, Sanemi abandoned Genya and began to hunt demons on his own with suicidal devotion. Without knowledge of Demon Slayers or Nichirin Swords, Sanemi instead armed himself with a multitude of weapons and fought demons at night, incapacitating and capturing them until daybreak, then stringing them up to let the morning sun killed them.

Despite this crude and reckless battle style, he managed to survive thanks to sheer luck and the unique aroma of his blood. While wandering the land hunting demons, he eventually met a legitimate Demon Slayer, Masachika Kumeno, who helped him and introduced him to a proper trainer. Upon completing his training, the two of them teamed up to defeat the then-Lower Rank 1 of the Twelve Kizuki. However, Kumeno lost his life in the battle, and only Sanemi was promoted to the rank of Wind Hashira. At the time of his promotion, Gyomei Himejima, Kanae Kocho, Tengen Uzui, and Giyu Tomioka were already Hashiras. Bitter over Kumeno's death, Sanemi takes his anger out on Kagaya, accusing him of happily giving orders from above while the Demon Slayers bleed and die for his cause. To his surprise, Kagaya takes the criticism gracefully before mentioning Kumeno by name; Kanae then informs him that Kagaya has memorized the names and backgrounds of every single Demon Slayer who has died since he became leader. This discovery, and reading Kumeno's will given to him by Kagaya, gives Sanemi a newfound respect for the leader of the Demon Slayer Corps. Afterwards, he is scolded by his fellow Hashiras Kanae, Gyomei and Tengen with Giyu just watching them from a distance.

Sanemi along with Gyomei, Tengen, Obanai and Kyojuro immediately refuse to accept the decision.

Sanemi about to stab Nezuko. Sanemi arrives at the Demon Slayer Headquarters, where Tanjiro has been put on trial. Coming in holding Nezuko's box, he is finally introduced to the latter. Sanemi mocks Tanjiro for carrying a Demon around with him and proceeds to draw his blade before stabbing the box. Enraged, Tanjiro charges at him and manages to headbutt him. However, before they could continue the fight, the leader of the Demon Slayers arrived to begin the trial. Kagaya Ubuyashiki; the leader of the Demon Slayer Corps has just arrived, and he begins by greeting everyone that's present. His arrival initiates the Hashira meeting, which is held once every six months. Upon seeing him, Tanjiro immediately notices the scar on his face, which he deduces to be from an illness. However, before he is able to react, he gets knocked down to his knees by Sanemi to forcefully bow and show his respect to the leader. Sanemi's tone immediately changes as he greets Kagaya politely; introducing Tanjiro who is being put on trial for traveling with a Demon. To everyone's surprise, the Kagaya explains that he had already accepted the Kamado siblings, and wanted everyone to accept them as well. Sanemi along with Gyomei, Tengen, Obanai and Kyojuro immediately refuse to accept the decision. Even after, the Kagaya instructs one of his daughters to read aloud the letter that he received from Sakonji Urokodaki stating that he asks for forgiveness on Tanjiro's further explaining that Nezuko doesn't eat humans, Sanemi still remains unconvinced.

39;s wounded arm, she is transfixed by the sight of his blood.

Further deliberating with the Hashira about the situation, Kagaya mentions that Tanjiro has come into contact with Muzan Kibutsuji, shocking the Wind Hashira. He then proceeds immediately bombard Tanjiro with questions of his whereabouts and abilities with the other Hashira since no one has encountered him. Tanjiro being unable to answer the questions, is left overwhelmed resulting in Kagaya to silencing the Hashira. He proceeds to question that something unexpected must have happened to Muzan, but Sanemi refuses to understand. He pulls out his blade and cuts his arm, causing his blood to drip. Sanemi proudly proclaims that he will prove their leader wrong and proceeds to pour his blood onto Nezuko's box, trying to entice her to attack him. Nezuko refusing Sanemi's marechi blood. Obanai reminds Sanemi that the Demon won't come out in the sunlight, so he quickly moves into the building behind Kagaya; drawing his sword, prompting Tanjiro to attempt to come to his sister's aid. Sanemi stabs Nezuko's box multiple times, prompting her to leave it. Seeing the Hashira's wounded arm, she is transfixed by the sight of his blood. Distracted from the temptation before her, Nezuko remembers her order not to hurt humans, as well as her family. With much effort, she turns away from a shocked Sanemi, prompting Kagaya to ask what had transpired.

Sanemi and Giyu have a dispute at the Hashira meeting.

After a few words to all those present, Kagaya then reprimands Obanai and Sanemi, and informs everybody present that the issue of Tanjiro and Nezuko is over, and that the Hashira Meeting can finally begin. When receiving news about Kyojuro Rengoku's death, Sanemi promises that he will exterminate the repulsive demons. Sanemi and Giyu have a dispute at the Hashira meeting. Sanemi is present at the Hashira Meeting held at the Ubuyashiki Estate in the aftermath of the attack on the Swordsmith Village alongside the other remaining Hashiras. When Mitsuri Kanroji attempts to explain how she got the mark he looks on at her in annoyance as she cannot properly explain the phenomenon but when Muichiro Tokito describes how he felt when the mark appeared on him Sanemi scoffs and says it is quite simple to achieve, though Giyu Tomioka rebuffs him. After it is decided that there will be a giant training session amongst all the members of the Demon Slayer Corps to help as many Demon Slayers to manifest their Demon Slayer Marks as possible, Sanemi is excited at the prospect. However, he gets into an argument with Giyu who refuses to engage with the other Hashiras due to his long-standing belief that he was unworthy of his position. Sanemi is unable to read Giyu's feelings and assumes that the Water Hashira is being arrogant.

Sanemi prepares to train the swordsmen. Sanemi's training session was a simple combat session where all the trainees would fight with the Wind Hashira until they were unable to continue. He conducted these sessions with great strictness and Zenitsu Agatsuma to the point where the young Demon Slayer ran away from the training, only to be stopped by Tanjiro Kamado's arrival. Sanemi attempts to intimidate Tanjiro and says that he hasn't accepted the young Demon Slayer yet to which Tanjiro responds by saying that he has not accepted Sanemi either since he was the one who stabbed Nezuko Kamado and the Hashira is left impressed at Tanjiro's guts. This does not stop him from beating Tanjiro so hard that the boy receives several bruises on his face. During one of the few breaks, Tanjiro walks in on Genya Shinazugawa trying to speak with his brother but Sanemi angrily rebukes him by saying he has no brother and to stop bothering him or else he would shred him to pieces. Sanemi learns of Genya eating demons. He continues and says that Genya should leave the Corps as he is unable to use Breathing techniques and walks off. Genya is devastated at his brother's words and calls out to him, saying he had always wanted to apologize to him but Sanemi brushes his words aside, telling him to leave.

Revealing that he overcame his lack of Breathing techniques by eating demons to fight, Sanemi is shocked and turns around, trying to plunge his fingers into his brother's eyes but Genya is saved by intervention from Tanjiro who tackles him out of harm's way in the nick of time. Yelling at the Hashira's unseemly behavior towards his brother and a fellow member of the Corps, Tanjiro asks if he is trying to kill Genya to which Sanemi responds that would be against the code of the Corps and hence he was aiming to leave his brother incapable of regenerating, so that he would be forced to leave the Corps. Tanjiro objects to this, saying Sanemi had no rights to do such things to his brother and gets into a fight with the Hashira which devolved into a large brawl of all the trainees trying to stop Sanemi's rampage. This continued until the evening and Tanjiro received a scolding from the higher ups, in addition to being banned from approaching Sanemi, having to progress to Gyomei Himejima's training session instead. Kimetsu no Yaiba Manga: Volume 19, Extra Pages.