I thought for a long time that Kagari would be revealed to be Okabe and Kurisu's biological daughter. The explanation I came up with a friend was that considering that Leskinen had connections with the hospitals when doing his shady RS investigations, the same hospitals could have extracted cells from Kurisu's body immediately after finding out she died. Then in 2025, they'd do the same with Okabe when they captured him for that small period of time to torture him, meaning they'd be able to create a kid from their DNA. The motive was that it would be a great advantage for the world powers to have a spy that had the intelligence of Kurisu with Okabe's strong RS. Kagari could've had some repressed memories of her childhood before Mayuri adopted her where Stratfor was frustrated with her because she neither inherited her mom's intelligence or her dad's RS, so they find her a failed experiment in a way. It would have made her character more sympathetic. Additionally, it is a popular belief that traits that parents have are inherited by their children and Steins;Gate has used similar ideas before like how eating more vegetables could give you a baby girl when trying to change Luka's sex. It also feels fitting that Kagari's brain would be compatible with Amadeus if she was already Kurisu's daughter rather than that also being a coincidence. It would actually explain her strong resemblance to Kurisu, especially since it seemed like the writers were hinting that it was a stretch for it to just be a coincidence.

At last, The key To Manga Is Revealed 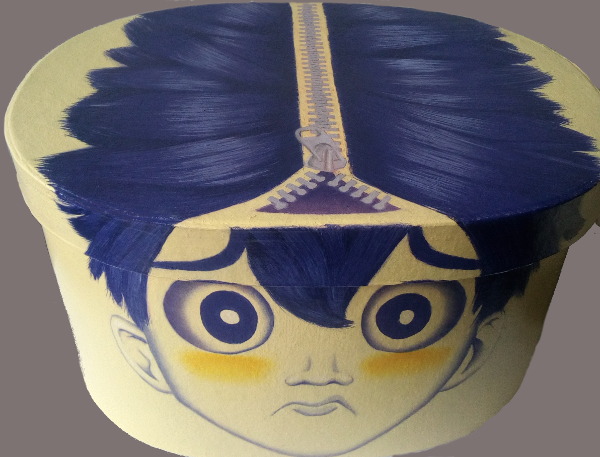 Turns out that wasn't the case because a Drama CD that took place on another world-line killed the theory as Kagari was Okabe's adopted daughter in it despite Kurisu being alive. It's such a shame because if they had gone that path, it would have given more meaning in certain aspects and it would explain some of the stuff that felt like foreshadowing. Kagari would be more motivated to not reach Steins;Gate. Her existence itself would be on the line rather than just her relationship with Mayuri because she wouldn't be sure if Okabe and Kurisu would have her, let alone even reunite! While other labmems have been mentioned to die at some point in the series, the only other two characters to have a situation that involved a choice of their existence being compromised was Kurisu in OG S;G and Okabe in the Movie. Kinda fitting if their daughter went through a similar struggle in a way, right? It would dramatic irony in how she doesn't want her dad to save her biological mom. Okabe wants to reach S;G while his daughter is trying to stop him. She also refuses to see anyone but Mayuri as her mother. It would make the parallels/comparisons between Kurisu and Kagari in the VN routes be more meaningful because it would be "Like mother, like daughter".

S;G 0 emphasizes Okabe as a messenger.

It would keep that Okabe/Kurisu/Mayuri focus that Steins;Gate has, so that all 3 of them are her parents in a way. This would also guarantee that Mayuri would be close to Kagari like a nanny in the S;G world-line and that Kagari would become a lab member there too. She'd still be close with the other labmems, so Suzuha and Kagari would be able to keep their sisterly bond as well. Additionally, Kagari could still be named Kagari if Mayuri suggested the name to Okabe and Kurisu, which would make it easier for marketing. How ironic would it have been of Mayuri wanting to take care of Kagari if she really was Okabe and Kurisu's daughter? Her guilt over not letting Okabe save Kurisu and then ultimately being the one to take care of their daughter. Okabe's death in Beta and Kagari's birth are approximately a year apart. The timing seems pretty convenient. Kagari also shares the same blood type as Okabe and Kurisu (Type A). It was stated that Kagari's parents' records were destroyed in the VN. I thought this meant something, like they were hiding the evidence of who her parents really were considering they mentioned this random piece of trivia. Fatima was the name of the 0 anime opening. In Islamic history, Fatima was the name of a daughter of a messenger. S;G 0 emphasizes Okabe as a messenger. Kagari's brainwashing says that she was "born to protect this world"… From a short story centered around Luka in Beta's future, Mayuri thought that maybe Kagari was Kurisu's daughter, except that even if Kurisu had any children, they would have to be over 20 years by now. This part of the 0 VN opening of Kurisu/Okabe transitions to Kagari immediately after. Chiyomaru said that there was too much room for interpretation when it came to Kagari, saying how the writers didn't follow up on every bit of foreshadowing because they wanted to leave some stuff open for interpretation. This implies that there was a reason behind Kagari's resemblance that was already foreshadowed in the VN.

Three Ways To Master Manga Without Breaking A Sweat