» » Is Gudetama A Tamagotchi

The Gudetama Tamagotchi (ぐでたまたまごっち) is a licensed Tamagotchi Nano model based on the Sanrio character Gudetama. It was originally released in Japan in December 2017. It was released in the USA in December 2018 as a GameStop exclusive, before becoming available at Target the following month. In the UK, it was distributed by Bandai France. While the Gudetama retains the same size shell and screen, the pixel resolution is increased from 24x24 pixels to 30x24 pixels. This change has been the standard on all Tamagotchi Nano models since. Like previous Nano releases, the Japanese edition of the Gudetama has the battery panel held on with a pressure tab. The English and French editions editions replace the tab with a screw. Once the clock is set, an animation will play of an egg cracking open, revealing Gudetama. The baby Gudetama will then appear. Gudetama has two growth stages: Baby and Adult. After 24 hours, the baby will evolve into its next form; the Gudetama Tamagotchi has six standard adult characters and two secret characters. The Gudetama Tamagotchi has no on-screen icons, and therefore all information is conveyed through the screen and buttons. Gudetama is cared for by filling its meters; they have Hungry and Happy meters, each consisting of four units, which are both empty when they're born. The Hungry meter decreases by one unit per hour, and the Happy meter decreases by one every 50 minutes. If either becomes empty, Gudetama will call for attention to fill them. The user can press the C button for an animation to see what it needs.

Pressing A and C together will open the menu or turn on or off the sound. 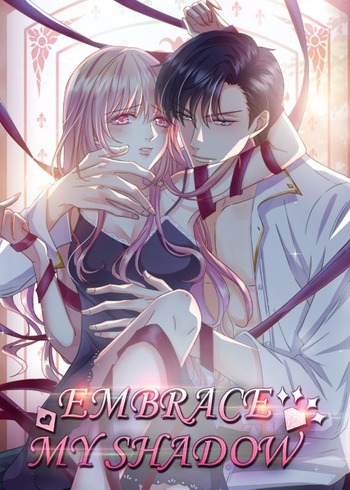 Unlike other Tamagotchi Nano models, Gudetama will speak to the user to tell it what it needs. One quote indicates that its Hungry meter is empty, and the other (accompanied by a head shaking animation) indicates that its Happy meter is empty. The quotes are different for each of the nine possible characters. If neither meter is empty, Gudetama will instead say a cheerful phrase. Pressing the A button opens the main menu, with the first option for the food menu, and the second option for the game. The meal option (mayonnaise during the baby stage, soy sauce at the adult stage) fills one Hungry unit, and Gudetama will refuse to eat anymore once the meter is full. The snack (a tomato, which Gudetama plays with instead of eating) fills one Happy unit, and can be given even when the Happy meter is full. The A button is also used to open the lights on and off menu when Gudetama has fallen asleep. The baby form will sleep at 8 PM, while the evolved forms sleep at 10 PM. All Gudetama forms wake at 7 AM, and will turn the lights on themselves when they wake up. At 10 AM, 2 PM, and 6 PM each day, Gudetama will say a quote encouraging the user to play with it. Pressing A and C together will open the menu or turn on or off the sound. Pressing the B button will open the clock screen, and pressing A and C together will allow the user to set the time.

These two functions are always available regardless of Gudetama's circumstances, except during the ending sequences. Two eggs will appear bounce on the screen, and the user must guess which egg Gudetama is hiding inside. Pressing the A button guesses the left egg, while the B button guesses the right egg. The game consists of five rounds; the user must guess correctly at least once to win the game, and fives times for a perfect game. The game increase Gudetama's Happy level; winning the game fills Happy by one unit, while a perfect game fills Happy by two. If the user correctly guesses Gudetama's hiding spot in the first round, Gudetama will still be in the same spot if the user guesses the same egg immediately after the eggs stop moving on the next round. Throughout the day, a pair of chopsticks will appear to try to take Gudetama away. The user will not be able to feed or play with Gudetama until the chopsticks are scared off by pressing the A button. If the user fails to respond after an hour, Gudetama may begin to sulk, or the ending sequence may begin.

After a prolonged time, the Gudetama will be cooked into an egg dish.

Severely neglecting Gudetama, or allowing the chopsticks to attack without chasing them away, will cause Gudetama to begin sulking, indicated by an unhappy expression and four lines on the top right corner of the screen. The A button must be pressed twice to cheer it up. Like with the chopsticks, the user cannot feed or play with Gudetama until the condition is cared for. After a prolonged time, the Gudetama will be cooked into an egg dish. Depending on the quality of care given, the sequence may begin positively (with Gudetama bouncing happily up and down) or negatively (Gudetama hanging from the chopsticks). The user must press any button to begin the sequence, in which Gudetama is carried to a microwave and is turned into an egg dish. Pressing the A and C buttons together will cause the egg dish to be carried away, and a new Gudetama will be born. The primary goal of the Gudetama Tamagotchi is to see all of the different egg dishes.

It is the first Tamagotchi since the 2004 reboot to feature Predators.

While some conditions for certain screens are random, the adult that the Gudetama evolves into and how it is cared for afterwards also influence which dish it is cooked into. If the Gudetama dies while still a baby, a "Ghost Gudetama" will appear instead of an egg dish. There are a total of 22 possible death screens (20 egg dishes, including a UFO and a ninja). Yudetamago and Nisetama-san have their own death sequences. Some are only available if other screens are unlocked, and therefore the player may be required to run multiple generations before certain ones are unlocked. When a new egg dish is unlocked after an evolution, a screen saying "Added New Menu!" will appear. As the Gudetama lacks an internal memory, all progress is lost if the batteries are replaced. The Gudetama Tamagotchi marks the first of several things: - It is the first Nano model to be released outside of Japan. It is the first Nano model to feature food changing between growth stages. It is the first Tamagotchi since the 2004 reboot to feature Predators. It is the first and presently only Nano model to feature the character talking to the user. It is the first and presently only Nano model to be released in French language.