» » Is Emilia The Daughter Of Satella 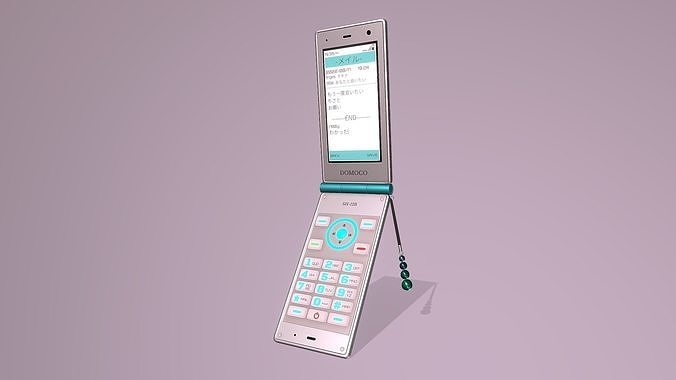 Epic Dope is the new home of streaming news, views and reviews. No Comments on Is Emilia Satella? Is She the Witch of Envy? Emilia resembles the Witch of Envy so much that it is difficult to think of them as different people. With many clues, such as the origin of Emilia's name coming from a Latin word meaning envy and Echidna's distaste towards both, it seems glaringly obvious that both Emilia and Satella are one person. However, at the same time, the timelines do not match, and quite a lot of instances disprove it. With multiple theories talking about their semblance and relation, let's see which one makes sense. 1. Is Emilia the Witch of Envy? Emilia is not the Witch of Envy as she was just a child when they sealed her. Furthermore, when Subaru told Emilia about 'Return by Death,' she died, which would not make sense if she was the Witch of Envy.

While it is all but proven that Emilia is not the Witch of Envy, a few theories show that she was meant to be one. As we all know by now, Satella and the Witch of Envy are different personas caused due to the Witch Factor. All the other witches are friendly towards the former and think of her as reasonable, but absolutely detest the latter. It is believed that Emilia was chosen by the witches to act as a vessel to contain the Witch of Envy. By doing so, she and Satella would be finally separated and freed from one another. However, due to certain factors, such as the great calamity and the involvement of Puck, made it difficult for them to continue pursuing Emilia. 2. Who Is Satella? Satella is the Witch of Envy. However, after she took in the Witch Factors which were the antithesis of Old Lagna, they turned out to be incompatible with her and in a new personality being created called the Witch of Envy. She was responsible for destroying half the world and was subsequently sealed by the Sage, the first Sword Saint, the Dragon, and the Sage's apprentice. This event later came to be known as the great calamity.

Emilia is not Satella despite mirroring her looks.

After four hundred years passed by, both of Satella's personalities fell in love with a Subaru, a young man from another world. It isn't known why she fell in love with him, other than the theory that she might be Emilia from another timeline. 3. Is Emilia Satella? Emilia is not Satella despite mirroring her looks. She was just a child when Satella brought on the Great Calamity 300 years back and was sealed because of it. However, due to their similar looks, Echidna and Pandora have often referred to Emilia as "the witch's daughter," with Pandora also mentioning that she was of the witch's bloodline after seeing her power. In the end, as we all know, Re:Zero has a history of surprising fans in the most unexpected ways. If we take that into account, there is a parallel world hypothesis that may prove Emilia to be Satella. The hypothesis states that Satella is the Emilia that experienced all the events happening currently, but something went wrong, and Subaru died.

Satella and the Witch of Envy are separate personalities, but both are evil.

Due to this, she drained all the Witch Gene and moved to a parallel world to save Subaru, and gave him the 'Return by Death' ability. There is another theory that states that Emilia is Satella's body. Since the latter was sealed, her consciousness escaped and took a new identity, ie, Emilia. However, as she grew up, she once again developed another persona, which is the current Emilia that stays with Subaru. All of these theories and hypotheses get more convoluted as the series progresses. With little to no information about either of the characters involved, the mystery has yet to be solved. 4. Is Satella Evil? Satella and the Witch of Envy are separate personalities, but both are evil. While Satella is shown as the loving and sweet, and the other as the cruel one, the witches specifically state that it was the former that consumed them. However, many don't see Satella as evil, as we have no idea why she killed the other Witches. Furthermore, despite her killing them, the witches like her and instead despise the Witch of Envy. In the end, as someone who encourages Subaru to continue on, it is difficult to see her in a bad light. With no information about Satella other than ardent love for Subaru, her moral compass is shrouded in mystery. Re:Zero Starting Life in Another World is a Japanese light novel series written by Tappei Nagatsuki and illustrated by Shinichirou Otsuka.

The plot is based on Subaru Natsuki, the protagonist who gets sucked into a fantasy world on his way home from the convenience store. He gets attacked by a group of thugs and is beaten to a pulp immediately, but this girl from the fantasy world named Satella saves him. Sometimes we include links to online retail stores and/or online campaigns. If you click on one and make a purchase we may receive a small commission. For more information, go here. Does Emilia Love Subaru? Who Will Subaru End Up With? Why Can't Subaru Die? How Is He Related to Satella? Is Puck Emilia's Father? Why does Puck kill Subaru? Does Roswaal know about Subaru's Return by Death? Who is the strongest character in Re:Zero - Starting Life in Another World? You must be logged in to post a comment. If you are logged in, please refresh. Meet our very own Hinata Shoyo! There is no anime or manga that he's not aware of. Also the go-to guy for all things Epic at EML. He's on a journey to discover life one bottle of sake at a time! All content cited is derived from their respective sources. Epic Dope is the one-stop for all things anime, manga, webtoons, and more! We are building a home for otakus, nerds, and anyone sitting at home with superpowers likely to rule the world or maybe… We are a crew of obsessive and wide-eyed writers & reviewers who love putting out our views and opinions on the things we can't get enough of! Join us on our Epic Adventure!

TagsIs Emilia The Daughter Of Satella