» » Is ChibiUsa In Love With Mamoru

Seriously, why are these rumors still a thing? While I'm generally more interested in expanding on less discussed aspects in the Sailor Moon universe, every once in awhile I find it hard to resist the urge to confront some of the crazier fan rumors running rampant across the internet in a (probably ill- conceived) effort to set the record straight. By the nature of how these things work, it sadly leaves me in the unenviable position of trying to prove a negative (ie, Bigfoot isn't real, but it is impossible to provide evidence that it doesn't exist),1 so if you strongly believe any of the following, I probably won't be changing your mind any time soon. However, if we're lucky, at the very least I hope to open up some dialogue on how these rumors came to be, and why they continue to be repeated throughout the Sailor Moon fandom. Following in the footsteps of the immortal Doctor Beckett,2 join me on my journey as I strive to put right what once went wrong - Sailor Moon style! This one has always been a bit weird to me. While ChibiUsa does have a strong attachment to Mamoru, especially in the anime, it's really nothing all that out of the ordinary for a girl her age. Mamoru makes her sing, makes her laugh, so it's natural that she loves Tuxedo Mask.3 For a little girl who is stranded back in the past, all alone, and being hunted by scary enemies who are trying to kill her and her parents, it's not all that surprising that she wants to be around a guy that is nice to her and reminds her of her father. 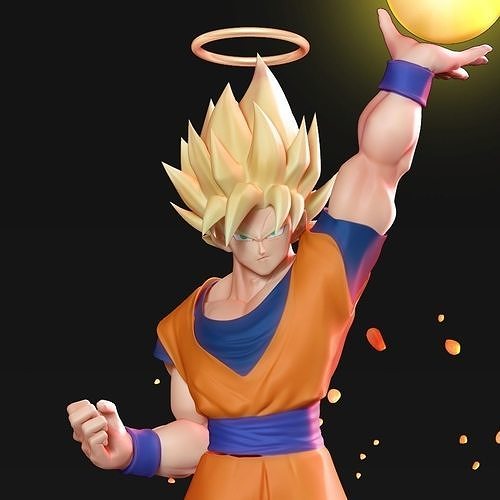 The Electra complex4 angle (and, in case you aren't aware, an Electra complex refers to a girl who is in love with her father - the opposite of the Oedipus complex with a boy and his mother) seems to come from Usagi. Stop making a scene, Usagi! Despite there not being anything remotely suggestive between ChibiUsa and Mamoru (nor should there be, considering the ages we're talking about here), Usagi seems to view ChibiUsa as a romantic rival for her newly separated boyfriend. Usagi's reaction to ChibiUsa seems to be interpreted among fans as being a sign of ChibiUsa actually having some attraction toward Mamoru, though there's really not much to support that. I mean, except the whole Black Lady kissing Mamoru, but that was a hallucination and Black Lady was evil, so we'll let that slide. Basically, ChibiUsa was nothing more than a daddy's girl in Sailor Moon R and Usagi simply blew the whole situation way out of proportion. A romantic night in, or a family dinner?

39;s address these in order.

I kind of get where this theory is coming from. Almost. Kinda. After the events of the Infinity arc, Hotaru is reborn as a baby and is taken in by the three Outer Senshi. Not only do they all live in a large house together, but they all wear matching rings on their left hands. In case that wasn't enough, Hotaru even refers to them as Mama Michiru, Papa Haruka, and Mama Setsuna.5 Open and shut case, right? While Haruka and Michiru are confirmed to be in a relationship, there is exactly zero evidence to suggest that Setsuna is a party to this other than Hotaru referring to her as "mama" and her ring. Let's address these in order. Assuming that Hotaru looking up to Setsuna as her mother meant anything about her relationship status, then that would mean that Haruka and Michiru are also potentially married to Professor Tomoe. Considering that absolutely no one wants to go down that rabbit hole, I think we can easily put that one to bed. As for the ring, I think people often read a lot into this because of Mamoru's promise ring to Usagi at the beginning of Sailor Stars and because on the same page some bystanders comment on the rings and assume that Haruka and Michiru are married. However, precisely because all three are wearing rings, it's probably better to interpret them as a form of promise/commitment ring (similar to the types worn by nuns as a sign of their devotion to their duties)6 than as a sign of their relationship.

This theory basically fails on all fronts.

Can I just say "that's ridiculous" and be done with it? No? All right, fine. This theory basically fails on all fronts. Usagi's parents don't know about her being Sailor Moon in either the anime or manga, and if they were her guardians, they would have absolutely no reason to hide it from her. Their role would also have to be a secret from Luna, since Luna makes concentrated efforts throughout the first season to not talk in front of them, and even has to sneak in the house for the first few episodes. Lastly, if Ikuko and Kenji were put in place to watch over Usagi, that would mean that the rest of the Senshi's parents were also supposed to protect them as well. Ami's parents are divorced, Rei's mother is dead and father is uninvolved, Makoto's parents are dead, and Professor Tomoe is evil. Let's just say that if Queen Serenity did assign people to watch over the reincarnated Senshi, the plan went pretty poorly. I've seen this one go back and forth with people "setting the record straight" multiple times over. Honestly, some of the confusion isn't entirely unwarranted. The Sailor Moon manga has had two (soon to be three) official translations and at least one complete fan translation, which can leave us with some pretty different interpretations on the same (already vague! ) Japanese dialogues. The question is whether Sailor Cosmos is Sailor Moon from the future, or a future Sailor Moon - ie, Sailor Moon's descendant.

You're… you're Sailor Moon's ultimate form from the future? So the question basically devolves into whether "from the future" implies that it's a future Sailor Moon, or if it's our present Sailor Moon coming back from the future. However, the argument for this being a future descendant of the Moon line falls on its face pretty quickly, thanks to the existence of both Queen Serenity and Princess Usagi "Small Lady" Serenity. There's no evidence anywhere in the story that anyone other than Usagi/Serenity has ever held the title of Sailor Moon, and the existence of Sailor ChibiMoon further implies that this isn't going to happen any time soon. Are there three people in this picture, or two? The descendant theory also changes the entire focus of the scene… 's some descendant down the Moon line. You see, the story of Pretty Soldier Sailor Moon is the story of a young ne'er do well junior high school girl who gets thrust into the role of a soldier fighting for love and justice and her growth along that journey.

Any descendant of Usagi's is equally a descendant of ChibiUsa's, as well as Queen Serenity. This would mean that, more accurately, Sailor Cosmos is the ultimate form of a future Sailor ChibiMoon. And I think most of you would agree that's not the story Ms. Takeuchi was trying to tell.The "me" back in this time was also fraught with loneliness, so I decided to constantly be by her side, support her, and help her to choose the right path this time around. And we see a picture of Usagi holding Chibi Chibi. So I think we can basically put this one to bed now. With this mask on, I'm completely unrecognizable! Insofar that I literally commute with probably 80% of the same people on crowded Tokyo trains every single day and probably wouldn't recognize them outside of the train car, then yes… While it's generally true that in the anime the Sailor Team tend to not be recognized as often as you think they would be (especially considering all of Usagi's interactions with both Mamoru and Tuxedo Mask), this is more confirmation bias than anything else. The Senshi are actually recognized quite frequently, especially in the manga. … clearly, provably false. As I mentioned earlier, I doubt that I'll be able to sway the most ardent believers of these rumors / fan theories / head canons, but I hope that this at least gives you a little further insight into the issues. So now that you've heard my opinion on these issues, what's yours? I'd also be interested in hearing what other fan rumors you either have suspicions about or have been trying to put to rest. Even though I've been around the Sailor Moon fandom for over 20 years now, I still only see a very small corner of it and would love to hear more viewpoints on the series! 3. Yes, I totally just did that. 6. See Why Do Nuns Wear Wedding Bands? 8. And yes, the question mark and exclamation mark should change places in translation. Like this article? Share with a friend!

TagsIs ChibiUsa In Love With Mamoru