» » Is Attack On Titan Gory

In the first episode, the main character's mother is eaten by a Titan after getting her back snapped. Lots of blood are visible flying out everywhere as the main character watches on horror. Very shocking and disturbing. In Season 3, a teen boy is severely burned to death to act as a distraction to save his friend. He is burned so bad his skin turns pitch black & bloody, he lost all his hair and lips, and his clothes are burned off as well (except for his pants.) His body is seen many times throughout the next episode. More sad and shocking than disturbing. In a flashback sequence in Season 3, it shows innocent people (including children) getting injected with a serum that will turn them into a titan and they get pushed off a tall wall. More sad and shocking than disturbing. It is shown that the main character ate his own father while he was a titan to gain his powers. Reiner is heavily injured to the point where even though it's cleverly hidden that his head is clearly missing. He's shown later regenerating and his skull, eyes and brain are seen for a brief but disturbing moment. Eren cuts open the Colossal Titan's neck and violently pulls Bertholdt out of the titan. Bertholdt's arms and legs are missing and blood is seen flying.

His arms and legs are violently sliced ​​off with tons and tons of blood spraying and gushing.

Bertholdt is shown in this state for an extended period of time. Armin transforms into a Titan and eats Bertholdt. This scene is also quite graphic as we see his head get squished and tons of bloody flying. The Beast Titan slaughters Commander Erwin's army by throwing large rocks at them. Their bodies are briefly shown exploding with blood along with their horses. This scene is quite emotional because every single soldier is charging to their death. Captain Levi attacks The Beast Titan in an extremely graphic and violent fashion. His eyes are cut out with copious amounts of blood spraying and gushing. His arms and legs are violently sliced ​​off with tons and tons of blood spraying and gushing. Levi then cuts into his body and slashes his nape repeatedly with fountains of blood spraying. Zekes body is then cut out, both his arms and legs are missing, bloody stumps are shown, he then has a sword jammed into his mouth. This scene is extremely intense and incredibly bloody. Eren transforms into a Titan while he's under a building with hundreds of people living in it. As he transforms, the building explodes implying that he killed hundreds of innocent people. A man is cut in half with tons of blood flying through the air, and he is about to be eaten. In Season 4, many people are crushed by flying debris, this is all shown graphically with blood and gore.

One example includes a side character named Zofia, who is crushed, and only her legs are visible, while the rest of her body is crushed under a rock. In Season 4, the main character (as a Titan) is brutally impaled by a spiral made by the "Warhammer" Titan, we see lots of blood come out, and the main character is fine. The main character's Titan is shot multiple times by cannons with lots of blood exploding and it is then decapitated after the Warhammer Titan uses a giant crystal hammer to smash his head off, though the main character is un-injured in human form, we still see a few disturbing shots of his Titan with it's head missing. In Season 4, Levi slashes The Beast Titans neck, and we see a lot of blood splash from The Beast Titans nape. A grenade is then dropped into the wound and an explosion of blood is visible. It is very quick but still somewhat disturbing. This entire attack happens very suddenly. In Season 4, The Cart Titan gets struck with many thunder spears, killing all of it's machine gun operators, and blowing up the titan itself. We see the aftermath of the Titan with its eye falling out of the socket and in a giant pool of blood, along with it's holder having blood all over her face and body. 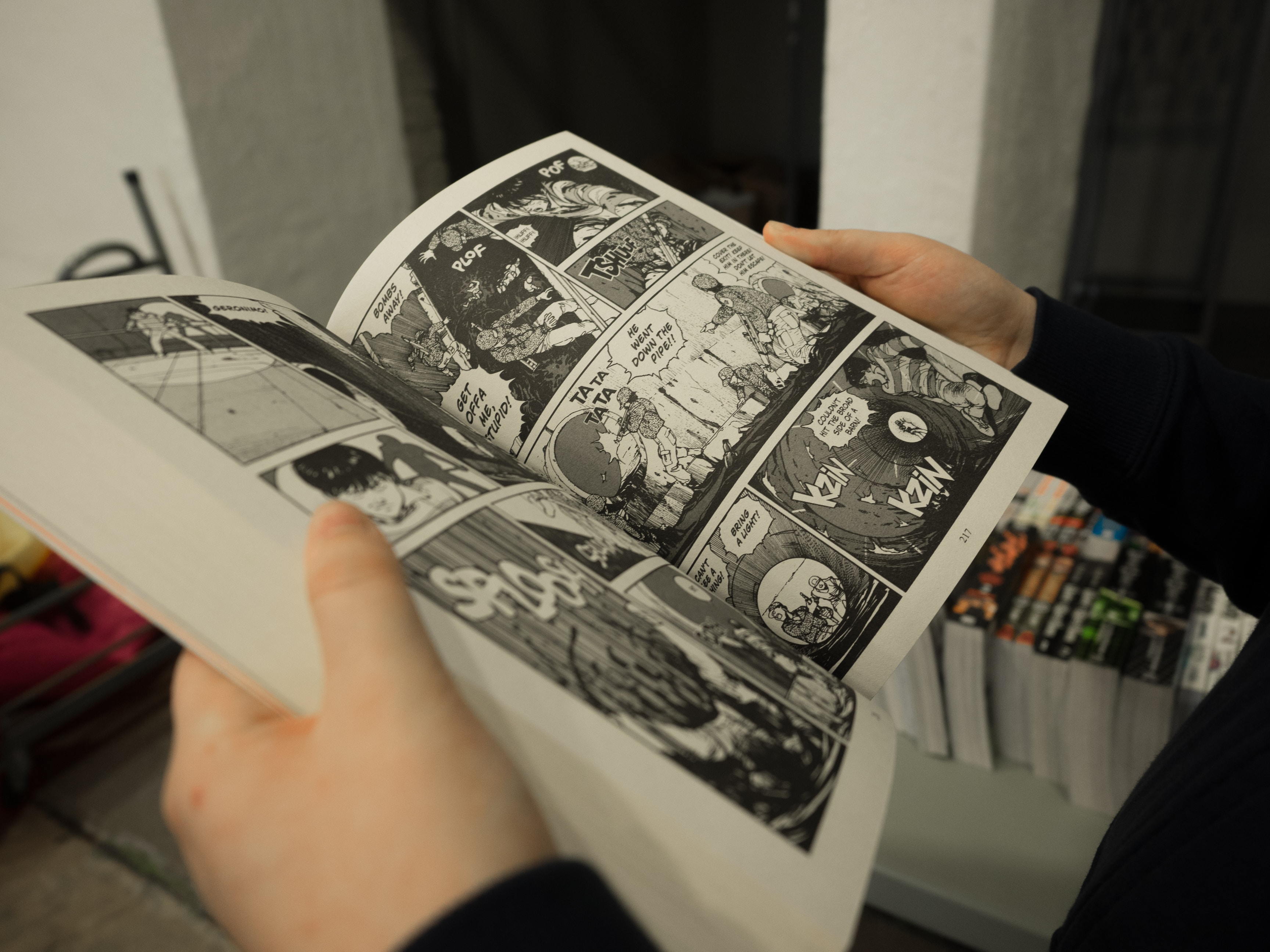 It is also implied that she has a graphic hole in her stomach. Eren tries to bite into the Warhammer Titans crystal. He ends up breaking his whole mouth. Half of his teeth are missing. His mouth is also very bloody. Gabi shoots Sasha in the stomach. Blood sprays and she falls. Blood pools beneath her corpse, it is later revealed that she died. Eren transforms into a Titan while he's inside of another Titan. The Titan explodes and we see massive amounts of blood and gore splash all over lots of buildings. Eren stomps on the Titans corpse several times. Eren gets his head decapitated while he's in Titan form by The Female Titan. The Female Titan has her skull crushed by Erens Titan. Blood splashes and sprays everywhere. A major character gets bitten in half by a Titan that killed the main characters mother, and the rest of his remains are devoured. Copious amounts of blood splash all over the Titan. Mikasa watches both of her parents get brutally massacred. Her father is stabbed in the stomach and lots of blood gushed out. Her mother is cut down with an axe. Tons and tons of blood gushes from her neck and two massive blood puddles form beneath her body. Darius Zackly is killed by a bomb implanted in a chair. We see what's remaining of his body when it flys out of the building as a result of the explosion. It is implied that the entire lower part of his body is missing.

In their second fight, Levi blows up Zeke's Titan with thunderspears. Zeke proceeds to fly out of his Titan and in his human form, resembles a zombie. He coughs up a large amount of blood. We see the aftermath of a carriage explosion in Season 4. A man is missing his entire lower body, but what remains of his torso charred, so not too much gore. However some moments later, a Titan rips open it's stomach. We see it's entrails briefly spilled out as it puts the injured man in it's body. Eren gets his legs bitten off by the jaw Titan. We see lots of blood, but it's nothing too disturbing. In Season 4 Episode 19, Gabi Braun shoots the main protagonist's head with the Anti-Titan rifle. Which sends his head flying towards Zeke. In the latest episode (87), Mikasa, Connie, Jean and others slay each and every Yeagerists and they are all killed in a brutal way with all the blood shown flowing. Even a fountain of blood was shown. The main character often bites hard into his own hand until blood is drawn to turn into a Titan. When it doesn't work he bites down on his hand aggressively with a lot of blood gushing out each time he bites.