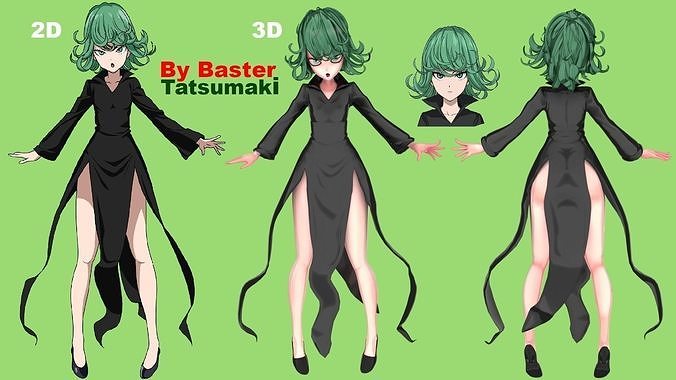 Attack on Titan, also known as Shingeki no Kyojin, is one of the most popular anime around. Based on a manga by Isayama Hajime, it depicts a post-apocalyptic world where humanoid, man-eating monsters called Titans have forced humanity to live behind a series of walls. After 100 years of peace, the wall is suddenly breached. Teeangers Eren Jaeger, Mikasa Ackerman, and Armin Arlert join the Survey Corps, a military branch dedicated to rescuing humanity from the Titan's grip on them. Unfortunately, Attack on Titan doesn't live up to its exciting premise. For reasons ranging from poor pacing and an unsatisfying plot, Attack on Titan is not as great as people make it seem. Like Dragon Ball Z and the Zelda franchise, there are many dumb things about Attack on Titan, despite its widespread popularity. Attack on Titan is just one of the most overrated anime of all time, and a cursory examination will prove that it really doesn't deserve all the hype. Also, obviously, MASSIVE SPOILERS AHEAD. If you think Eren has no character development just check out the best Eren Yeager quotes. Photo: Wit Studio, Production IG Eren Jaeger, the protagonist of Attack on Titan, is one of the least interesting characters in the whole show. Eren starts off the series dissatisfied with living life inside the walls.

He feels trapped, like he's being treated like cattle. He wants to escape, and he wants to destroy the Titans. When Titans attack his hometown of Zhiganshina, destroying his home and killing his mother, his desire to kill Titans intensifies. While he does learn more about the Titans, including coming to terms with his own identity as a Titan shifter, in the end, he's still motivated purely by rage and revenge. He still wants to kill all the Titans, he's just louder about it. Photo: Wit Studio, Production IG The most popular ship in the Attack on Titan fandom is Eren x Levi, also known as Ereri. This is a terrible, terrible ship. Eren Jaeger is a severely traumatized child soldier. At the start of the series, he is 15 years old. Levi Ackerman is his military commander. Levi is probably somewhere in his early 30s. So that's a major age gap, combined with the fact that Eren is legally obliged to obey Levi or risk being imprisoned or killed. There's a scene where Levi savagely beats Eren in order to prove a point, and that's deemed appropriate by the higher-ups. Not exactly a great set-up for a romantic relationship. While it's not the fault of Attack on Titan itself that this pairing dominates the fandom, it's hard to get invested in a series beyond the initial viewing if every time you Google the show name, you have to think about a 30-something military commander banging his teenage cadet.

39;s the beginnings of character development, all excellent signs of good things to come.

Photo: Wit Studio, Production IG There's no question that watching the Titans gobble up their human prey is both terrifying and exhilarating. Well, the first 10 or 15 times it happens anyway. After that, the concept starts to wear a little thin, and it becomes clear that the main thing holding the show up is shock value. Of course Titans are going to keep on eating people, but it'd be nice to see something other than Eren Yeager reacting in an endless cycle of rage and disgust. Free! Iwatobi Swim Club came out at the same time as Attack on Titan, and a lot of people watched both simultaneously. The fact that some viewers were more emotionally affected by crying teenage boys on a swim team than they were by child soldiers getting vored on says something about the over-reliance on shock value, and the under-utilization of character development. Photo: Wit Studio, Production IG The first few episodes of Attack on Titan are some of the best ones. The world-building is fantastic, and even if some of the characters seem a bit cliché, you find yourself growing attached to them. There's drama, there's tension, there's suspense, there's the beginnings of character development, all excellent signs of good things to come. Once the Survey Corps forms and everybody starts fighting Titans, however, the pace becomes uneven, the world-building grinds to a halt, and some of the episodes are disjointed messes that involve either excessive exposition or fights that go on for way too long. Add the fact that the things which created a sense of intrigue and mystery in the beginning don't get resolved by the end, and you've got an anime that doesn't live up to its potential.