Konro is a tall man with black hair that is tied into a pony-tail. He has a long scar running horizontally between his nose and eyes, and wears a gray or black kimono. After developing Tephrosis, Konro's skin around his shoulders has become charred and blackend. Due to his injuries his arms are wrapped in bandages and his eyes have developed a sickly shadowing. Konro is a very loyal subordinate of Benimaru Shinmon, willing to sacrifice his health and life to protect his friend if needed. His demeanor is usually quite lack-luster and relaxed, and he often has an irritated look in his eyes. In contrast with his Captain, Konro is a very diplomatic and levelheaded person when dealing with outsiders. This approach also means he is capable of remaining calm and acting rationally even when in great pain or faced with a crisis. Due to his calm nature, he is able to discuss matters with other Fire Force groups politely. He is not afraid to go out of his way and even become physically harmed if it means doing justice correctly. Even though Benimaru thinks Konro should be Captain due to his calm nature, Konro has absolute faith in his superior and believes that his lack of power makes him unfit to lead. Konro has to be well-versed in swordsmanship, capable of teaching others in forms and techniques strictly and effectively. Konro facing a Demon Infernal. In Year 196, Konro alongside his peace keeping force, took it upon themselves to deal with the excessive amounts of Infernals appearing within Asakusa. 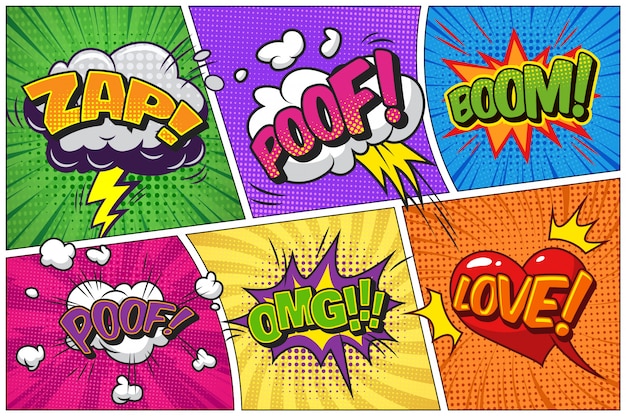 Konro and Benimaru faced the challenge by pushing their Ignition Abilities to the limit. During the ordeal, the two encountered a Demon Infernal, which frightened Konro enough to knock out Benimaru in an attempt to save his life by not letting him fight the being in his weakened state. Konro then fought against the Infernal, during which its horn scared Konro's face. Immediately preceding receiving the wound, Konro incarcerated the Infernal at the cost of charring his body in the process. The next morning, he was discovered in the rubble, and told Benimaru he was leaving the responsibility of leading their district to him. When the Special Fire Force Company 4 arrived, Sōichirō Arg approached the pair, and told them of the news that their force would become a Special Fire Force, with Konro as their leader. When the Company 7 was formed, as Konro wasn't fit to lead it due to his illness, Benimaru became the Captain, while Konro became his Lieutenant. Konro uses his Ignition Ability. Konro's Third Generation ability allows him to ignite his shoulders and forearms, allowing him to punch objects with a lot of power. Even without his ability, he could destroy an Infernal's core with just brute strength.

After overusing his Ignition Ability and developing Tephrosis, he lost the ability to fight. Using his abilities will cause him collapse shortly after activating his flames and these effects are worse if he hasn't fully recovered. Benimaru's Crimson Moon, a technique he copied from Konro. Konro was capable of creating a gigantic crater in the ground while killing a Demon Infernal, a feat that typically requires tremendous destructive force. Following his Company defeating a giant Infernal, Konro escorts Benimaru to the meeting of the eight captains with Raffles III. After Benimaru addresses the emperor, he leaves with his Battalion Commander mid-way through the meeting. Konro stops Benimaru from attacking Akitaru. After the Special Fire Force Company 8 contacts his brigade, Konro reports their interest in investigating a lead on the Preacher within Asakusa, as the 8th arrives. As the two brigades begin discussing matters, Benimaru leaves to deal with Kantaro, while Konro takes the time to explain his commanders powers to the 8th. After the ordeal, Benimaru tends to Konro's injuries and suggests that their brigades help the 8th with their mission.

Later, he finds Benimaru facing the 8th and asks for him to stop. Ignoring his words, Kataro activates his Ignition Ability and intervenes, before collapsing from the effects of Ash Disease. Then he rests, and explains his condition and how he developed it to Shinra Kusakabe. After talking, he takes the 8th into Asakusa, where they find Hikage and Hinata bickering. When Arthur Boyle attacks Hikage, Konro discovers that Hikage was in-fact an impersonator using her face. As he begins interrogating the impostor about the whereabouts of the real Hikage, the impostor unleashes a Bug and turns himself into an Infernal, before being killed by Hinawa. As chaos breaks out in the streets, Konro wonders where Benimaru is. Watching Asakusa erupt into flame from a watchtower, Konro finally finds Benimaru and the pair discuss what to do. They ultimately realize that Asakusa needs a strong leader to calm the citizens and regain control over the situation. With Benimaru finally embracing his position as Captain, Konro helps to give his speech the seriousness the situation demands by curtailing Company 7's brash behavior and directing their forces. While the battle rages on and the Fire Force begin to overwhelm the Infernals and Ashen Knights, Konro is seen on top of a ladder observing the fires and mobilizing Company 7 to counter them. While confidence initially, Konro attempts to lash out when he spots Arrow readying her attack against the unsuspecting Benimaru, only to succumb to his tephrosis and crashes to the ground. In his desperation, Konro reaches out and begs for somebody to protect Benimaru.

39;t gotten into trouble with their mysterious guest.

Remembering Shinra's promise to help if he needs help, Konro calls out for Shinra's aid. Mysteriously, Shinra hears this call of help and rushes to redirect Arrow's attack, ultimately succeeding and allowing Benimaru the opportunity to destroy the Demon Infernal. The next day, Konro is seen during the sake exchange between Benimaru and Akitaru. Konro later goes to Special Fire Cathedral 8 on Benimaru's behalf, meeting with Akitaru alongside Karim and Hibana to exchange information to benefit future investigations into the White-Clad and Dr Giovanni. Akitaru believes that Arthur and Shinra need more combat experience which leads to Konro recommending that they train with Company 7. After convincing Benimaru to manage this training, he and Konro (with some expected assistance from Viktor Licht) begin to train the two soldiers. Konro trains Arthur to help him detect feints and illusions in order to overcome them and also trains him in traditional Japanese swordplay. Konro is seen searching for Benimaru, hoping that his captain hasn't gotten into trouble with their mysterious guest. The next morning, Konro joins Company 8 for drinks and informs them of Beniumaru's collaboration with Joker to investigate The Holy Sol Temple. Konro Defeats the White-Clad that had been following him. Noticing that somebody has been following him for several days, Konro chooses to leave Asakusa and go to a shack by the Sumida River to lure them out of hiding. When the assassin finally emerges, the two battle with Konro triumphing despite his physical weakness due to his swordsmanship.

After Konro disposes of the body, he sits down with Hibana and Shinra to discuss his experiences with the Adolla Link. Returning to Company 7, Konro pushes Benimaru to help Shinra with his training. Hibana along with Kayako Huang came to inspect his wounds from the infernal that dragged him to Adolla to find clues. Upon news being reported that Company 8 was wanted by the Tokyo Army after Akitaru bi was arrested for his apparent failed kidnapping of Shinra, Konro discussed the situation with Benimaru and informed him he hasn't been contacted by them, as he thought they don' t want Asakusa to become involved. The name Konro means "navy blue" (紺) (kon) and "furnace" (炉) (ro). Konro's surname Sagamiya means "phase, aspect, countenance, mutually, fellow" (相) (saga), "imitation, copy, mock" (模) (mi) and "roof, house, shop, dealer, seller" (屋) (yes). According to his Character Profile: - He is a self-proclaimed Retiree/Hermit. His favorite foods are tsukudani, saketoba (a kind of salmon jerky that has been around since a long time ago and favored as an Otsumami snack), unaju, and anmitsu. His least favorite foods are Granny's daifuku (there's too much). His favorite music is Min'yo. His favorite animals are otters and dogs. His favorite type are a slender and smartly shaped nice woman. He does not have anyone he hates. He's afraid of ghosts. His hobbies include making soba noodles, tsukemono, and photography. His shoe size is 29 cm. For his favorite subject, he doesn't like being taught, but he likes all of them. He does not have a least favorite subject.