Genos (ジェノス, Jenosu) is the deuteragonist of One-Punch Man. He is a 19-year-old cyborg and the disciple of Saitama. He is always aiming to become more powerful and he fights for justice. Genos is a mechanical cyborg of average human height. His face and ears look like that of a normal human, made of artificial skin material, and his eyes have black sclera with yellow irises. He has spiky blond hair and his eyebrows are blond (brown in the anime). He also has pierced ears. Genos's wardrobe consists of street clothes with all of his upper-body attire being sleeveless as to allow his arms to transform without hassle. He has many different sets of arms, with varying abilities and strengths. Sometimes the arm sets he uses create a metal framing around his face, like when utilizing Arms Mode and in his Monster Association Arc Upgrade. During his fight against the Forest King, he has an upgraded body, which exposes the energy core in his chest. Genos is an extremely serious character, rarely if ever making jokes. 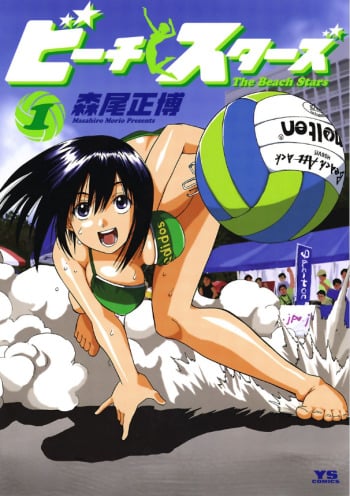 He constantly aims to become stronger and frequently looks to Saitama for advice to achieve his goals. Since becoming Saitama's disciple, Genos is very reverent and protective towards Saitama (who he refers to as "master"). Genos envies and reveres Saitama, although this does not stop him from expressing annoyance and disbelief at the mundane training regimen Saitama used to gain his powers. On occasion, Genos acts as a comic foil to Saitama's clueless antics, using a variety of special techniques, battle tactics and robotic upgrades to combat villains (often sustaining terrible damage in the process), only to be outclassed by Saitama with a single punch. Due to Saitama's incredible strength, Genos believes that there is a secret to Saitama's power. He is motivated to observe Saitama closely in order to understand the secret to his master's incredible strength. Genos is an intense person, unyielding in his pursuits. Before meeting Saitama, he was even more intense but Saitama has been a moderating influence on Genos, helping him to be calmer and take a more measured approach to his pursuit of justice and power. Genos realizes how far he's come when he witnesses Sweet Mask dispatch a group of alien prisoners without mercy and remarks how similarly hard-hearted he used to be himself. Genos has slowly become less serious and becomes a bit curious about some minor things such as the meaning of fun. Genos fully respects two people Saitama, and Dr. Kuseno (the man who saved him).

Saitama willingly spends time with, like King. He is rather disrespectful to almost anyone else, especially those who attempt to interrupt, or pester Saitama. Whenever Bang or Fubuki command him or attempt to recruit Saitama, Genos will cut them off and tell them to get to the point. He will defend his position as Saitama's disciple, actively discouraging Saitama from letting other people get too close. This hostile behavior does not only extend to those who offend Saitama, but Dr. Kuseno as well. Genos has even called out Saitama when he called Dr. Kuseno an old man, but he immediately apologized when his master told him to give it a rest. He also does not respect the authority of the Hero Association very much, telling Sitch that even though he wasn't part of the main task force team to invade the Monster Association that he would have gone anyway, and states that none of his decisions have anything to do with the Hero Association. Genos appears to take a certain pride in his abilities and himself. In his battle against Awakened Cockroach when he is aggravated that he had to use his instant adhesive gel, as it forces Genos to accept there were monsters faster than him. Nevertheless, his fights with G4, Face Ripper, Awakened Cockroach, and Garou demonstrate that he does not solely think about raw power and is willing to fight strategically if need be. Genos was also a serious person before he became a cyborg, being described by ONE as having been a diligent, responsible boy from the start.

He is also able to lift a truck with a single hand without difficulty.

As an S-Class hero, Genos is undoubtedly a powerful fighter. And for someone his age, Genos has a significant amount of battle experience, as he claims to have defeated countless evil entities and organizations before meeting Saitama. His youth and impulsiveness still overcome him on occasion, which sometimes costs him victory in battle. According to Gyoro Gyoro, his functionality is terrifyingly proficient but lacks the firepower to take down something big and durable as Elder Centipede. He has become more powerful since that fight and is increasing open to fighting strategically in order to win. The Virtual Genocide System's (VGS) simulations showed Genos (at the time) with a 70% chance of victory against any disaster level demon monster. He is also able to lift a truck with a single hand without difficulty. During his brief fight with the Deep Sea King, he was able to land a full-force punch on the creature that sent it flying through the wall of the safety shelter. In his fight with Garou, Garou noted that his strength rivaled that of Tanktop Master.

Immense Speed ​​and Reflexes: Genos is very agile and he can move so fast that he appears to be teleporting. He was able to keep up with Speed-o'-Sound Sonic for a considerable amount of time in their battle, with both of them moving faster than sound, and Fubuki being unable to follow their movements at all. Immense Endurance: Genos's body is almost completely artificial and does not have the same vulnerabilities that completely organic beings possess. He does not tire in the conventional sense as his performance and abilities are tied to the condition of his cybernetics, energy supply in his core along with the energy output of his core. His body is composed of super-hard materials and can only be "hurt" when outside forces exceed the limits of those materials. He can shrug off small explosions as when Sonic hit him full-on with his exploding shurikens. Genos can continue fighting without much drawback even with portions of his body missing. As he has no blood or vital fluids, he cannot suffer from blood loss and as his nervous system is connected to his cybernetic body differently than normal humans, he cannot be inflicted with or inhibited by going into shock.

All of his parts have made Genos too heavy to swim and he needs special parts in order to do so.

He has been able to fight and move even after his limbs have been torn off at various times. During separate battles, he is able to stand on his feet after several blows from Carnage Kabuto, and is also able to stay conscious even after he used almost all the energy in his core. Due to most of his body being artificial, he appears to have an extremely high tolerance to injuries due to him not being able to feel pain for the most part. However, given the expression on his face after making contact with the Deep Sea King's acid spit, it could be assumed that Genos feels pain from the direct acidic corrosion of his body. Besides this, he does not often show significant signs of physical stress. Radiation Resistance: Being a cyborg, Genos is highly resistant to deadly radiation that can cause strong humans like heroes, even S-Class ones, to collapse very quickly and will ultimately kill them upon enough exposure. Full-body Cyborg Enhancement: Genos's entire body has been replaced with combat-ready cybernetics and prostheses, giving him an extreme level of strength and speed, as well as advanced sensors and projectile attacks. All of his parts have made Genos too heavy to swim and he needs special parts in order to do so. In addition to these modifications, Dr. Kuseno gave Genos the ability to taste and made it so his cybernetic body turns organic intake into biofuel, presumably to power his person. Core (コア, Koa): Genos's body is powered by an energy sphere labeled "CORE." It is attached to his body by a single cable and is held inside his chest.

During his attempt to destroy the meteor, Genos removed the core from his chest and placed it in a similar holding place in his arm, in Arms Mode, to direct all the energy into his Incineration Cannons. During his fight with Psykos and Orochi, it transpires that the core is a nuclear reactor. Armor and Replacement Parts: Genos benefits from the nature of robotic equipment itself. He can lose limbs or have his body torn apart, only to return in perfect or even an improved condition through replacement parts and repairs. As a cyborg, Genos does not seem to feel pain to the same extent as regular humans and can keep fighting even when limbs are severed or he is severely injured. Cyborg Leg (サイボーグレッグ Saibōgureggu): Genos's legs have a durable design to support high-speed movement. They are equipped with a shock-absorbing mechanism that keeps the interval between landing and the next movement short.

And from his Post-Super-Fight-Arc Upgrade onward, Genos has rocket boosters installed in his legs which allow him to perform powerful kinetic kick attacks, an example of this is his Jet Drive Arrow. Incineration Cannons (焼却砲, Shōkyaku-hō): Genos's palms contain ports that allow him to fire large, powerful blasts of heat, fire, or plasma across significant distances. One blast was powerful enough to obliterate the multi-story above-ground headquarters of the House of Evolution, as well as the top of the mountain it was situated on and a large chunk of a mountain far in the distance behind the building. His Incineration Cannons have varying levels of power depending on what set of arms he is currently using. For example, when utilizing Arms Mode, Genos's arms can produce even stronger blasts. When using his Arms for Chores he can reduce the power of his blasts to a warm breeze to dry dishes.

Hyper Sensors (ハイパーセンサー, Haipāsensā): Genos's cyborg body contains several passive and active sensors which allow him to scan the environment, such as detecting living organisms, fast approaching objects, high-energy bodies and many other anomalies, thus keeping him on guard. However; the sensors are not perfect, as they can still be confused by the extreme speed of an opponent like Saitama or by certain monsters like Elder Centipede who are so large that Genos's sensors identify it as many different enemies. Their usefulness is also limited by Genos's reaction time. Genos is capable of detecting heat signatures, analyzing speeds, and levels of energy nearby. Once a target is locked on to, he will effectively keep track of it, even if the target is hidden by a smokescreen. Instant Adhesive Gel: A tool Genos gained after his fight with Sonic to deal with faster opponents than him. The gel is extremely sticky and fast-acting, preventing fast opponents from moving and allowing Genos to defeat them. Detachable Body Parts: Genos first sported detachable and recallable arms during his fight with G4, where the arms were retrieved with a cable. During his fight with Garou, his hands are upgraded to be able to detach from his body with ease and are armed with rocket boosters to be controlled by Genos remotely.