» » Do You Run Faster If You Run Like Naruto

Experiments have been done before… You've probably seen it: the Naruto Run. If you've been in the anime scene at all in the last 20 years, or even just dipped a toe into it, then you probably know about Naruto running, even if you've never actually seen the anime Naruto. If you're not familiar with the term, it's the way anime fans affectionately refer to how Naruto and his fellow ninjas run in the anime: slightly bent forward, arms streaming behind them. It looks like this. In the anime, the ninja can run crazy fast in this posture, but most of us real humans use our arms to pump forward when we're running, so if you're anything like us, you've probably wondered, "Is running like that actually effective? " Or in other words, is it actually a good way to increase your running speed? YouTube channel Because Science sought to find out by having a gold medal-winning sprinter try it. In the video, the host of the channel, whose name is Kyle Hill, first sought to teach us about the science behind why Naruto running might be faster. In essence, it has to do with drag, which is the force that is most going to slow you down. According to physics, drag is affected by multiple factors, including the velocity of the moving object, the density of the material it's passing through, and the surface area of ​​the side of the object facing the direction it's moving. One theory as to why Naruto running could be faster is because it reduces the surface area affected by wind resistance, which could reduce drag and thus possibly increase speed.

For their experiment, both Jeneba and Kyle timed their 50-meter dash with a stop watch. 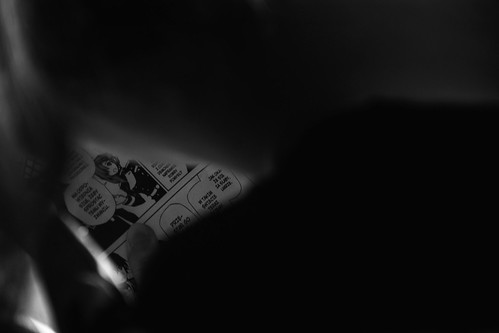 It certainly does seem like the surface area is different between the two forms. However, Kyle also suggests that a reason why it might not work is because it could be inefficient, as Naruto running may not be using the body to its full capabilities. To test out his theories, Kyle invited a professional runner, international gold-medal sprinter and relay runner Jeneba Tarmoh, to run like Naruto, and see whether the change in form makes her 50-meter dash faster or not. When asked if she thought it would work, Jeneba said she thought it would not only be slower, but also more dangerous, as leaning forward could make one more likely to trip. For their experiment, both Jeneba and Kyle timed their 50-meter dash with a stop watch. They each ran a regular run and a Naruto run three times, and took the average of the three for each of the running styles as their final run times. They then compared the times to see which was faster. It does look a little precarious… Before conducting his experiment, Kyle also pointed out that a previous experiment about the Naruto run done with cosplayers found that slower runners improved their speed with the Naruto run, while faster runners were slowed down by the change in posture. But that was an experiment done with amateur runners… It turns out that, for both Jeneba and Kyle, running like Naruto was three percent slower than running in normal posture.

Want to know what happens when you cook rice in a rice cooker with only eggs?

Not only that, but both runners felt that running with their chest bent forward was more exhausting, more painful, and felt more dangerous, because the distribution of body weight was off. In particular, Jeneba doesn't recommend Naruto running because "you're not gonna get as much knee lift as you should be able to," and "with your arms not swinging you have absolutely no counterbalance", which means you're going to increase your chances of tripping. Jeneba also mentioned that this would also have a psychological effect, because knowing the run is more dangerous while you do it will mentally slow you down. So there you have it… Naruto does not, in fact, improve your speed, and could actually make you slower. Three percent might not sound like much, but it makes a big difference in life-or-death ninja battles! Of course, we at SoraNews24 are famous for our extremely scientific and very professional science experiments, too. Want to know what happens when you cook rice in a rice cooker with only eggs? Or if you can hear music through headphones stuck into your nostrils? Check out our SoraScience experiments to find out! Want to hear about SoraNews24's latest articles as soon as they're published? Follow us on Facebook and Twitter!

TagsDo You Run Faster If You Run Like Naruto