» » Can You Spare Lancer's Dad

Abandoned by the Lightnings, his heart became cracked with hatred. To my people, I'm a hero. To you? I'M THE BAD GUY! King is a Darkner from the Card Kingdom. He is the primary antagonist and final boss of Chapter 1 in Deltarune. He is the father of Lancer, and one of the four kings of the Card Kingdom. His goal is to serve the Knight by protecting the Eastern Fountain and invading the world with darkness, thus making the Darkners the rulers of it. After his defeat at the end of Chapter 1, he is imprisoned in Castle Town's dungeon. King shares multiple features with his son, such as the tear-shaped head with a black spade where his eyes should be, a mouth showing his tongue and big teeth, a broad and white/dark gray body, and blue gloves and boots. What differentiates him from Lancer is the three-spiked crown on his head, the enormous mouth (with more square shaped teeth compared to the curved fang shaped ones in the mouth on his face) on his stomach shaped like a blue spade from where a chain comes out when used as a weapon in battle, and the black cape that flies away at the end of the battle. King's right arm can only be seen when he turns around or is carried by the crowd at the end of his battle.

The Secret History Of Manga

King is a cold-hearted Darkner with little compassion towards his subjects and only considers his own wishes. He appears to be power-hungry, evident by his constant wishes of gaining control of the World along with his following of Knight's plan to capture the three other Kings. King also displays signs of abuse towards his son Lancer, in which he often neglects him and even uses him as a hostage to gain the upper hand in battle. During the final fight, it is revealed that King's loyalty lies solely with the Knight, and that he'll do anything to avoid failing them; to the point of threatening to kill Lancer if Kris, Ralsei, and Susie do not surrender. Despite this, King does seem to have some form of care for his son, as when talking to him in his cell, he asks if Lancer was happy. Long ago, the Card Kingdom was ruled by four kings.

However, some time before Kris and Susie enter the Card Kingdom, the Knight appeared. It is implied that King then started working for the Knight's schemes, and that it was the Knight who created the Eastern Fountain at Card Castle. With the Knight's appearance, the three other kings were locked away in Card Castle, and King put himself and Lancer into absolute power over his kingdom. In the climax of Chapter 1, King makes an appearance as the main antagonist. When the Heroes reach the top of Card Castle, Lancer can be seen trying to reason with his father. However, King decides to use Lancer as a hostage in hopes of forcing the heroes to surrender. Despite this, Lancer manages to break free from King's grasp, allowing the Heroes to fight back against him. During the fight, King begins to rant about the Lightners, believing that they left the Darkners alone.

However, he insists that the Lightners are no longer necessary for his purpose, as the Knight has already filled that gap. He explains his end goal is to create a world blanketed in darkness and ruled by Darkners. The heroes manage to defeat King, who then surrenders and "admits" that he never wanted to have a war against the Lightners. Ralsei proceeds to heal King. If any enemy in the game has been defeated by fighting (not counting Jevil, Lancer, or King): Susie distracts King long enough for Ralsei to cast a Pacify Spell on him, thus putting him into a deep slumber. Otherwise: Lancer and several Darkners arrive in the nick of time to capture King. Lancer declares that "they'd rather have a king that accepts them" instead of the old monarch. King plays a less major role in Chapter 2, instead of being an NPC that can be interacted with in the cells under Ralsei's castle.

When interacted with, he asks whether Kris has come to humiliate him, and says that staying in his cell is far less humiliating than being in a kingdom ruled by "The Lightners' little patsy," referring to Ralsei. Before leaving the room, he asks whether Lancer is happy, with Susie reminding him about his attempt to throw him off the building. King, calmly, mentions that, even if he did throw Lancer off the castle, he'd just bounce back, calling him a "bouncy little pumpkin." Ralsei mentions the nickname being cute, and Susie gets angry, saying that they're done talking with him. When talked to later after recruiting everyone in Cyber ​​World, he interacts with Queen, and they have a temporary talk. During this talk, King gets angry at Queen's criticism of the "Royal Water Bottle" and her new role as Lancer's mother. Reluctantly, he tells her to do what she wishes, but if he cries, to bounce him for a bit. Before she leaves, King asks her to buy him cashews from the store. The king's attacks generally revolve around moving the box in which the SOUL resides. Spade Attack: King launches a series of spades which inflict damage upon contact. They can appear on either the left or the right side of the screen, and move horizontally to the other side. Swing Attack: King grapples the box with his chain, and swings it up and down. A line of spades marches from the center left of the screen horizontally to the right, which deal damage on contact. On later turns, the speed of the swinging will increase and the gaps between spades decrease. 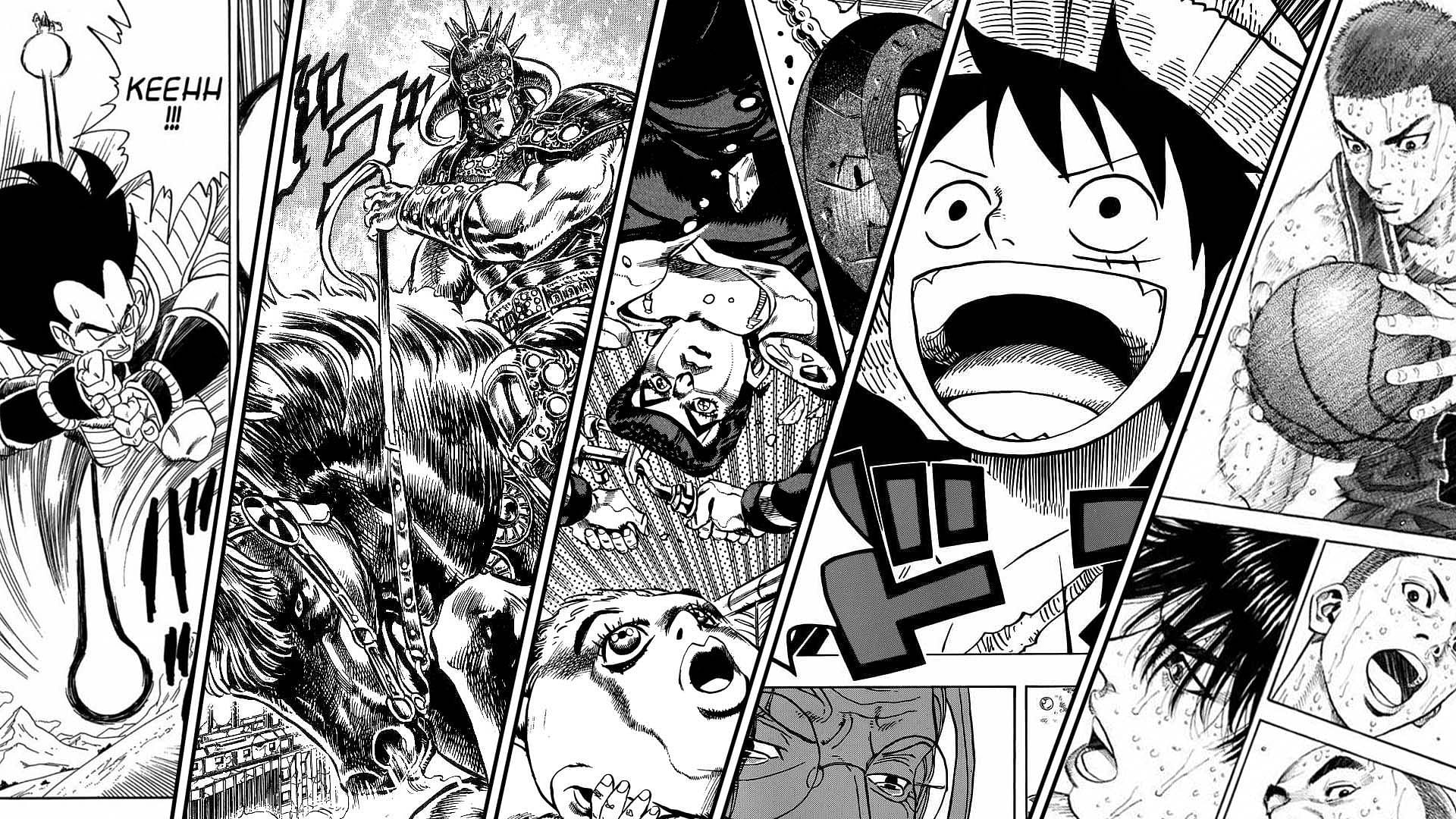 Chain Attack: King launches a series of chains with a spade symbol on top. Their trails are indicated with red lines. On later turns, the rate of the chains increases and the warning before each chain decreases. Spiked Cage Attack: King traps the SOUL in a spiked cage which bounces off a set of walls in the shape of a square. The spikes inflict damage upon contact. On later turns, the size of the walls decrease and the cage speeds up. Chained Cage Attack: King traps the SOUL in a spiked cage which is dragged by a chain to random positions indicated by a heart. The spikes inflict damage upon contact. On later turns, spades will appear in a fixed grid and also deal damage. Immediately after the 15th attack, the battle ends. King's Defense drops by 5 after his 12th, 13th, and 14th attacks (for a total of -15 DF on the party's last turn). As King cannot be reasoned with according to his flavor text, sparing him is not an option. Therefore, there are only two methods to defeat King. These two methods are either fighting or surviving all of King's attacks for 15 turns. Fighting can end the battle faster if the party's attack damage is strong enough. However, this does not affect the post-battle sequence aside from a minor textual difference regarding how the battle ended. You DARE return to torment us once again? Begone! We have found fresh purpose. For the KNIGHT has appeared.

These pet names further reinforce possible past relations. King is Lancer's father. Despite this, they do not appear to have a close relationship, as King spends little time with his son and seems to care very little about his wellbeing, often leaving Rouxls Kaard to look after and even feed Lancer. However, King does seem to care about the public treatment of Lancer, forcing Darkners to take orders from Lancer despite them not liking him. In addition, speaking to King again in Chapter 2 reveals that his previous threat of throwing Lancer off Card Castle's roof was a bluff he never would have acted on. He also seems genuinely disgusted when the party is convinced he would actually harm his son, confident that Lancer would bounce back up like a "bouncy little pumpkin". Although not much is known about the Knight themselves, they are responsible for King becoming the absolute monarch of all Darkners in the Card Kingdom. As a result, King holds the Knight in very high esteem, and promises not to fail them at any cost.