In this show, Soma Yukihira seems like a fairly typical shonen protagonist, but he has a surprise or two up his sleeve, even if he's a bit obnoxious about it at times. And who might his rival be? Soma has more than one rival, and the most challenging rival of all is Erina Nakiri, a bit of a tsundere who has elite cooking skills and a picture-perfect upbringing to become an excellent chef. Erina didn't think much of Soma at first, but by the series' end, she saw him as a true peer in the kitchen. But when it comes down to it, who's the better chef? Let's review their assets and their greatest accomplishments to find out. Soma has more than one rival. While he was working on impressing Erina, he also had to contend with Takumi Aldini, a blond boy who had a real knack for Italian cooking, like his brother. And Soma also competed with Isshiki Satoshi, as well as Ikumi Mito.

3 Shocking Facts About Manga Told By An Expert 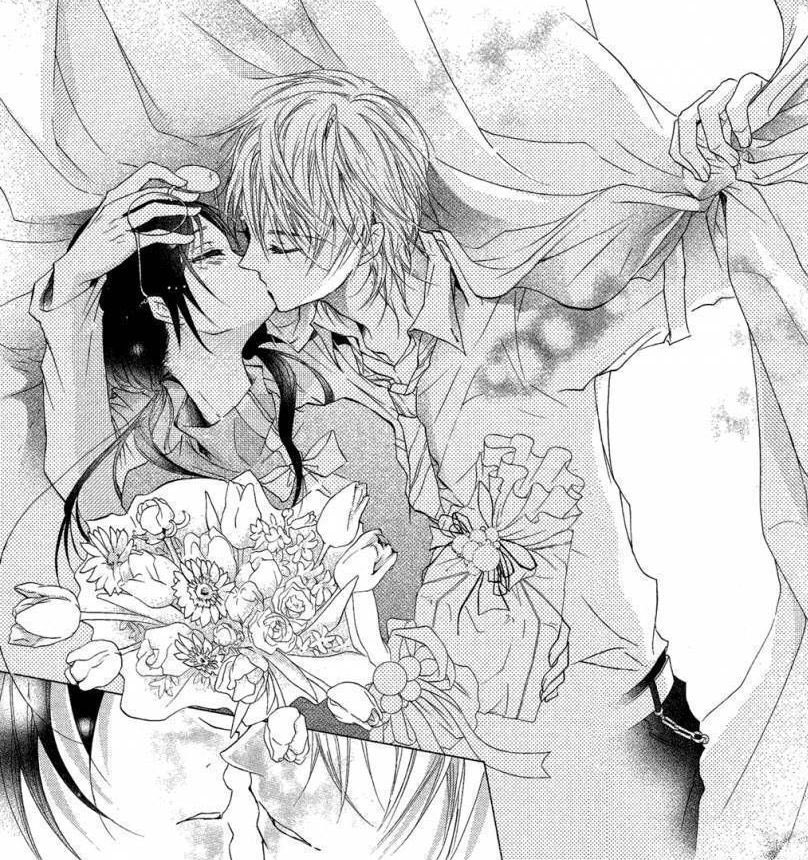 All this head-butting in the kitchen was good for Soma since it exposed him to a wide variety of cooking styles and kept his culinary instincts as sharp as any vegetable knife. Nothing like healthy competition. This might be Erina Nakiri's single biggest asset, though it also has the potential to be a liability. Being a member of the Nakiri family, Erina inherited a super-sensitive tongue known as the God Tongue, a vital tool for any aspiring chef and/or culinary judge. With that tongue, Erina can detect even the faintest flavor or ingredient, and perfectly sense the balance (or lack thereof) in any dish. No flavor is beyond her, and this means she can find and eliminate absolutely any imperfections in her cooking. Soma didn't grow up in an elite household like Erina did, but in some ways, that humble beginning was a blessing. Soma had to succeed or fail on his own, and he correctly knew that failure is a lesson and a growth opportunity, not a dead end.

Soma has lost his fair share of battles, mostly against his master chef father, Joichiro Yukihira. All this sharpened Soma's abilities and toughened him up against failure, meaning he won't be discouraged for long if he faces future setbacks. Erina didn't learn lessons the hard way like Soma did, but she did have access to the best private education money could buy. Not much of this was shown in the series, but there is no doubt that Erina learned from a procession of the world's best tutors in all fields of education. This granted Erina an incredibly deep knowledge pool for reference, and it seems that no aspect of cooking is unknown to her. She probably knows more than any of the third-year students at Totsuki or even the staff. Some grew up with a warm and caring family, and both of his parents were chefs. And although his mother Tamako was a mediocre chef even on a good day, she had a lot of fun cooking for her husband and son, and Joichiro felt the same way. Soma learned from both of them. Cooking for prestige and glory can only go so far. Cooking for dear friends and family will always motivate a chef, and give them endless inspiration. Soma cooks that way, and it helped him survive the "storm" that can swallow up other chefs. Erina enjoys another distinct advantage by being a Nakiri: endless connections and influence with major figures in the culinary world. In any field, it really pays to know who's who, and Erina is probably on a first-name basis with more than a few juggernauts in the world of fine cuisine.

And she quickly proved herself.

This can grant her access to all kinds of resources and opportunities, and she may have known some of these people for years. That sets her apart from Megumi Tadokoro, for example, a talented but unknown girl from a fishing town. Not even Akira Hayama, the disciple of Jun Shiomi, has Erina's level of influence and reputation. Yes, this really is an asset for Soma that aids his personal growth a great deal. Unlike Erina and Alice Nakiri, who are rather full of themselves, Soma isn't in this for the glory. He is ready to admit defeat and recognize when he needs help, which throws open many doors for him. A more stubborn or vain hero might ignore offers or help or see it is a disgrace, but Soma is different. He teamed up with his rival Terunori Kuga to learn how to cook bear meat effectively, and he had no trouble being Megumi's assistant chef when they faced Shinomiya together. Now let's talk about accomplishments. Erina was mainly served as a food critic and advisor in the early episodes of Food Wars! And she quickly proved herself. The goal was for all students to make egg-based breakfasts and serve them to the general public, and Erina cooked and served nearly 500 of them, more than double what she needed to pass the test.

39;s "I cook for my friends" style won over the judge, Mana Nakiri.

Her cousin Alice came 2nd place, and most other chefs barely cracked 200 (including Soma). It seemed that no one could stop Asahi Saiba, the mysterious Noir chef, from conquering the culinary world to rule it with his ultimate technique. He could borrow the cooking style of anyone around him, friend or foe, and he had been trained by Joichiro himself. He finally met his match with Soma Yukihira, who avenged himself and defeated Asahi in a semi-final match in the BLUE tournament. Asahi's cooking was all style and no substance, and Soma's "I cook for my friends" style won over the judge, Mana Nakiri. He combined disparate cooking styles in a way that no one had ever conceived of before. Soma may have defeated Asahi Saiba, but he still needed to face Erina in the BLUE's final match to determine the overall winner. Erina was anxious at first, but then she learned the same lesson that Soma had about cooking for family and friends, thus using love as the secret ingredient. With this final piece of the puzzle in place, Erina's potential was fully realized, and she actually defeated Soma (off-screen) and won the entire BLUE. She was officially the top chef of her generation, and that's an accomplishment no one else can claim.